Billboard Poll: Who Should Perform at the Super Bowl XLIX Halftime Show? 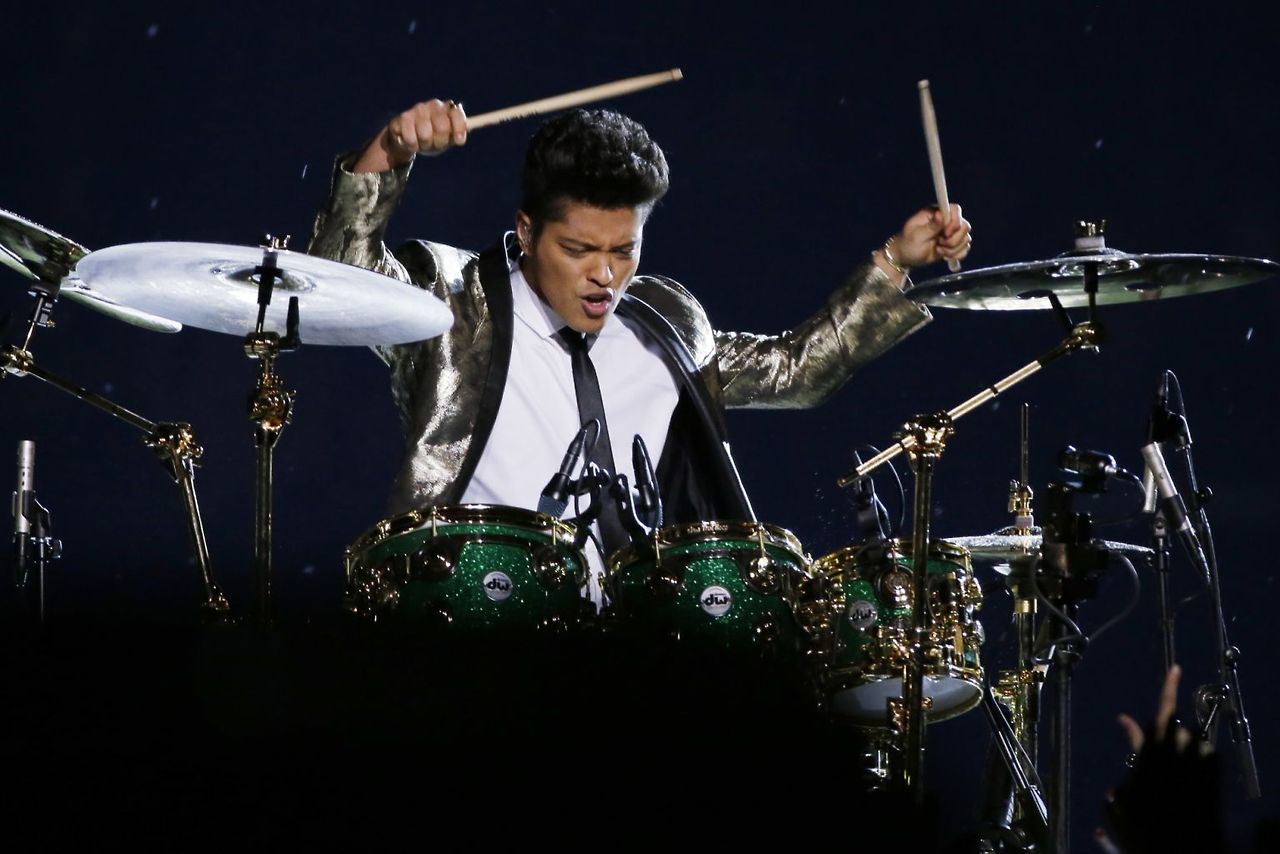 With Bruno Mars' epic Super Bowl XLVIII halftime show now in the books, it's officially time to start speculating about next year's big game, and which artist will be the one to take center field at the University of Phoenix Stadium in Glendale, Arizona on Feb. 1, 2015.

After Bruno broke up the diva streak started by Madonna and Beyonce at the halftime show, the Super Bowl might return with another female superstar. Perhaps Taylor Swift finally gets her shot after commanding stadiums on her own, or Lady Gaga cranks up the volume in Arizona? Maybe hip-hop finally gets its due with Jay Z, or Kanye "Yeezus" West? Could Bon Jovi or the Foo Fighters reinstate the rock show at the Super Bowl? And how about a 12-minute rave orchestrated by those Daft Punk robots?

Billboard offers up 15 suggestions for next year's Super Bowl halftime extravaganza. Vote for your favorite candidate at the bottom of the page, or make your case for an unnamed artist with a write-in vote!

Lady Gaga -- The ARTPOP Ball tour is set to bring more hits across the globe, and Gaga is always up for a high-profile spectacle. Perhaps it's her time to make football fans put their hands up and make 'em touch.

Justin Bieber -- Sure, he's having some well-documented troubles right now… but who doesn't love a comeback story? Bieber is apparently going to put out a new album by the end of the year, and will have millions of Beliebers watching if he takes the Super Bowl stage.

Rihanna -- Bruno Mars offered some sexy moves during his Super Bowl stint… but imagine Rihanna doing "Pour It Up" in the Arizona heat. Along with an avalanche of hits, Rihanna could easily command the spotlight.

Britney Spears -- Brit already popped up at the Super Bowl halftime show in 2001, along with *N SYNC, Aerosmith, Mary J. Blige and Nelly. But that was a lifetime and a slew of hits ago; if Spears can knock the socks off of Las Vegas pop fans for the foreseeable future, surely she can head south to Arizona next year.

One Direction -- The 1D boys are already kicking off a stadium tour in April, and their success -- three No. 1 albums in their first three tries -- is breathtaking. The quintet could light up your world, and the Super Bowl, like nobody else.

The rest (and to vote for your fav) at the source.

I finally stopped being lazy and made my first post y'all.