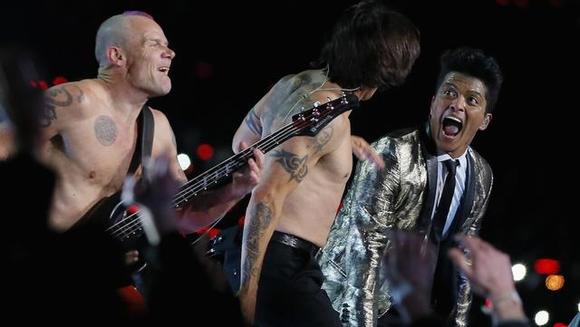 Look, we’re not immune to the charms of Bruno Mars. Grenade may or may not have been stuck in our head for the past 72 hours. He has some undeniable swag. He knows what makes a good melody and hook. Those dance moves are nice.

But this is the Super Bowl, y’all. Perfectly acceptable doesn’t cut it. (And he didn’t even sing Grenade!) Bruno Mars wasn't quite as bad as the Denver Broncos, nor was he as good as the Seattle Seahawks. He was right in the middle. You won’t remember him for being great, but you won’t remember him for being bad. Maybe that’s a victory?
USA TODAY
Tags: bruno mars, sports / athletes - football (nfl / cfl)
Subscribe
Previous
← Ctrl ← Alt
Next
Ctrl → Alt →
Previous
← Ctrl ← Alt
Next
Ctrl → Alt →