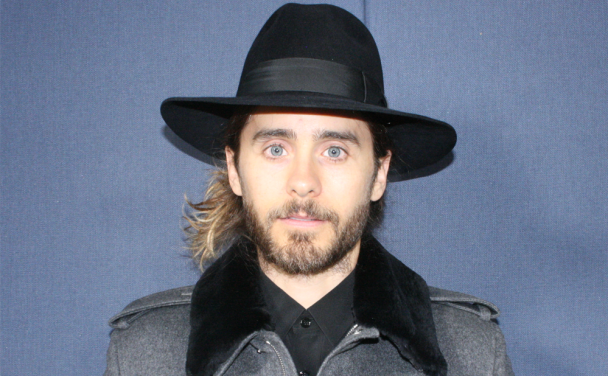 Sparked by Primal Scream frontman Bobby Gillespie’s controversial claims in December that rock is “dead” and “isn't any more dangerous than the X Factor”, a string of comment pieces and blogs have weighed into the discussion in the past few weeks with some eager to hammer the final nails into rock’s coffin.

Visiting Kerrang! Radio Towers last night to introduce the playback of A Beautiful Lie as part of the new "Kerrang! Presents... In Full!" series, Jared was asked about his take on the alleged demise of the genre. Careful and considered in his response, the 30 Seconds To Mars lynchpin believes that things aren’t as clear cut as many are making out.

Although he admits that rock “isn’t the beast” it once was, Jared’s first point is that the boundaries of what people call rock music are constantly blurring.

Jared’s second salient point is that with the advent of new technology in the past two decades, people’s listening habits have changed dramatically – single sales are continuing to spiral, while album sales are slumping. He continued: “Pop and hip-hop seem to be a big part of people’s lives. I think now because of the iPod generation people buy songs that they like, they don’t necessarily buy into albums. Rock bands have been the ‘authors’ of albums usually, (rock has) been an album based format not a singles based format but now that a lot of people have stopped listening to albums that changes things.”

Interestingly, Jared also feels that the audio quality of rock has nosedived in recent years: “Technology has a lot to do with it and how we listen to music. When I was a kid you could turn up a rock song at home or in your car and it sounded great – it was on a cassette or an LP and it sounded great and you could turn it up to 12. If you turn a rock song up now to 12 it hurts your ears, the digital delivery of cymbals and distortion and guitars is actually disruptive, it’s not like it used to be because the warmth has gone and it’s not as nice and pleasant an experience as it used to be. And I’m wondering whether someone much smarter than me should take a look at that and see if that affects things when people turn things up? Have you ever tried to play a rock song out of your iPhone? It doesn’t sound that great y’know but you can play an electronic song and it communicates, the song is able to connect. So that may have something to do with it (the decline in rock’s popularity).”

Ultimately, however, Jared believes that rock’s (alleged) demise could be nothing more than a fad: “It also may be style and fashion and we will be sitting here in a year or two and they’ll be writing about how rock is back. Certainly live music is an important part of people’s lives and we’re (30 Seconds To Mars) very happy to play the biggest tour of our lives in the UK, it’s fantastic.”

did i even bold anything relevant? i was too busy getting lost in his eyes