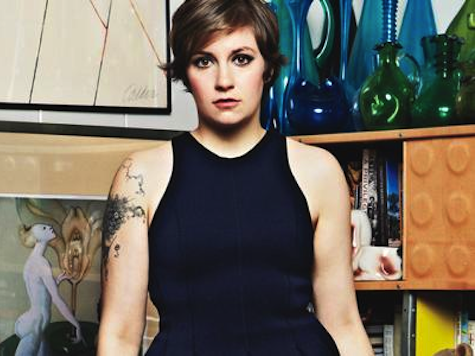 Dylan Farrow made disturbing allegations against Woody Allen Saturday, claiming the director "sexually assaulted" her when she was seven.

Farrow, the adopted daughter of Allen and Mia Farrow, published a first-hand account of the alleged abuse in an open letter posted on New York Times columnist Nicholas Kristof's blog.

On Twitter, members of the entertainment industry and news media expressed support for Farrow, with some saying they could no longer separate their appreciation of Allen's films from the allegations about his personal life.

Girls star Lena Dunham urged her Twitter followers to read the piece, tweeting "To share in this way is courageous, powerful and generous. Please read."

Actor Adam Baldwin tweeted the allegations against Allen should surprise no one, while ESPN's Jane McManus, wrote "Choose your heroes carefully and be willing to let them go. The National Journal's Bruce Arthur tweeted "You will never look at Woody Allen the same way. And you shouldn't," and novelist Sarah Dessen wrote the essay gave her "chills" and called Farrow "so freaking brave" for penning it.


Comedy writer Jenny Johnson shared a link to the letter, tweeting "Maybe this will help other victims and convince Hollywood to stop kissing Woody Allen's ass," while The Wall Street Journal's Tom Gara tweeted simply "The end of Woody Allen."

Jack Moore, one of the writers behind the popular SeinfeldToday parody Twitter account, questioned how people disgusted by Jerry Sandusky's actions at Penn State could still support Allen. "Woody Allen is a genius, who I’ve idolized my entire life," he tweeted. "But to value his art over the well-being of an abused person is unconscionable."

n her open letter, Farrow described he abuse: "[W]hen I was seven years old, Woody Allen took me by the hand and led me into a dim, closet-like attic on the second floor of our house. He told me to lay on my stomach and play with my brother’s electric train set. Then he sexually assaulted me."

Allen has never been legally convicted of a crime related to the abuse allegations.

The allegations come as Allen's latest film, Blue Jasmine, is nominated for three Academy Awards, including best original screenplay for the director. Farrow called out Blue Jasmine stars Alec Baldwin, Cate Blanchett, and Louis C.K. in the letter, asking "What if it had been your child"?
Neither Baldwin nor C.K. have addressed the letter on Twitter. Blanchett does not have a Twitter account.

On Jan. 12, Ronan Farrow, the son of Allen and Mia Farrow, referenced the alleged abuse on Twitter after Diane Keaton accepted Allen's Golden Globes honor: "Missed the Woody Allen tribute -- did they put the part where a woman publicly confirmed he molested her at age 7 before or after Annie Hall?"

To share in this way is courageous, powerful and generous. Please read: http://t.co/RKKREFB8hM

Maybe this will help other victims and convince Hollywood to stop kissing Woody Allen's ass: http://t.co/P6FIsBiyac

You will never look at Woody Allen the same way. And you shouldn't. http://t.co/LKcNVnKpUG

So many coastal liberals who were disgusted by Penn State apologists are doing the exact same thing right now because they love some movies.

Woody Allen is a genius, who I’ve idolized my entire life. But to value his art over the well-being of an abused person is unconscionable.

The end of Woody Allen: http://t.co/QowiEH0eD3