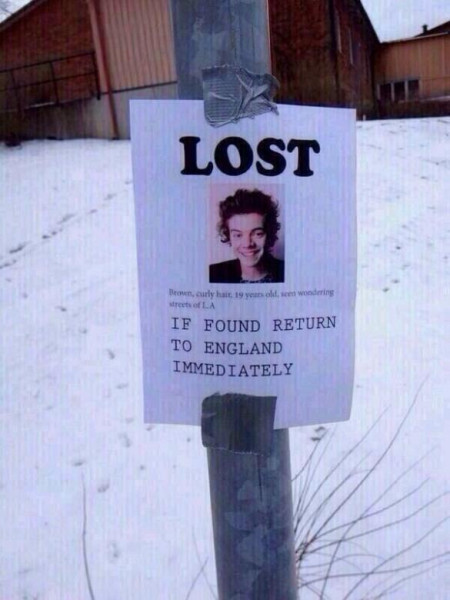 Harry Styles has always been one for rather bizarre tweets and the One Direction cutie has now taken to the social networking site once again to share an interesting fact about toothpaste. Standard.
Yesterday saw Justin Bieber get arrested and for some strange reason, this then led to fans spreading "lost" images of Hazza in the social networking world, but it seems like the 1D stud is alive and well as he took to Twitter to share yet another odd fact. 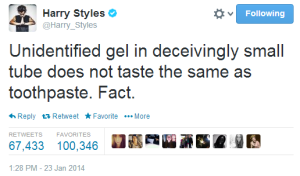 The 1D heartthrob has been spending a lot of time in Los Angeles recently, where he has been spotted getting cosy with Kendall Jenner, but his UK fans are clearly missing him!
Meanwhile, despite the 'Hendall' romance rumours, Hazza was allegedly spotted flirting with a mystery brunette at the Sundance Film Festival last weekend.
"Harry came to the party with a group of people, he was with three guys and two girls—one of the girls was a brunette and one was a blonde. They were all sitting together in a corner booth laughing and having a good time," the eye-witness told E! News the website claims.
"As the night went on, I could see Harry flirting with the brunette. At one point it was just the two of them canoodling in the corner…they were really into each other."
Wonder what Kendall has to say about all of this?
X

we all know what that "unidentified" gel was, lbr