Beyoncé: She waited till Jay Z. "People would be surprised as to the lack of experiences I’ve had,” she said. “When I was 12, 13 I had my first boyf
riend, and he was my boyfriend till I was 17. At that age, that was a long time. I’ve always been very loyal and a little more mature. Though I was too young for it to really be a boyfriend—we didn’t live together, we didn’t, you know . . . That was my only experience with a guy, and since then I’ve only had one other boyfriend in my life—Jay.”

Johnny Depp: Only thirteen years old, Depp lost his virginity to a groupie. (Of course he was in a band). At the time he was doing “every kind of drug there was by fourteen, swiped a few six-packs, broke into a few classrooms, just to see what was on the other side of that locked door.” Oh, and it was in a car, too. What a badass. 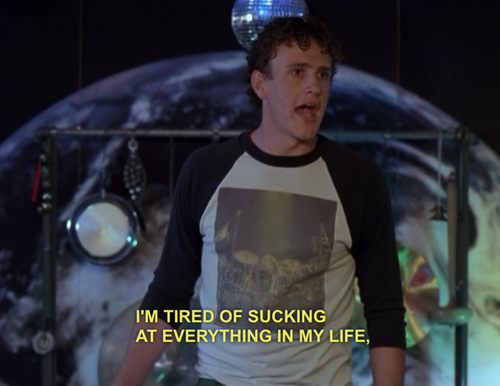 Jason Segel: All he had to do was lie about writing an Elton John song.  “I remember that the first thing I did was find a really not-that-intelligent girl and I told her that I wrote “Your Song,” by Elton John. I
was like, “I wrote this for you.” And then, I lost my virginity.”
More @ the source
Beyonce is lying Y/N?
Tags: beyoncé, george clooney, jason segel, johnny depp, shia labeouf
Subscribe
Previous
← Ctrl ← Alt
Next
Ctrl → Alt →
Previous
← Ctrl ← Alt
Next
Ctrl → Alt →