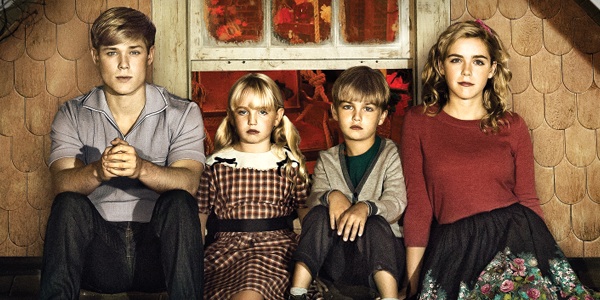 Lifetime is airing its adaptation of V.C. Andrews’ controversial 1979 novel Flowers in the Attic tonight, and from the buzz surrounding it, the remake sounds like it will be just as captivating as its 1987 TV adaptation the first time around. The book itself has sold more than 40 million copies worldwide. Here are five things you should know about the gothic plot before you watch:

1. Okay, what’s it about? The four fair-headed children of the Dollanganger family are brought to live in their grandparents’ mansion after their father’s death leaves them penniless. While mom Corrine tries to win back her dying father’s love, the kids are locked up in the attic by their zealot grandmother. After years of neglect and torment, and slow poisoning, the Dollanganger children realize they may be stuck in the attack forever unless they figure a way out. Did we mention that Corrine was disinherited because she married her half uncle?

2. There will be incest. The remake dares to go where the original TV movie didn’t. Hormones get the best of Cathy and Chris, the two eldest siblings.

3. Reviews are… not bad? Opinions are mixed. The Los Angeles Times calls the adaption ”sanitized” and “silly,” while People declares it “crazy good.”

4. It stars Kiernan Shipka of Mad Men. The 14-year-old who plays Don and Betty Drapers’ daughter Sally narrates the story as Cathy, the older sister and protagonist.

5. There’s a sequel. Lifetime is already working on the script of the second book in Andrews’ five-book series. Petals in the Wind picks up 10 years after where Flowers in the Attic left off.
Source