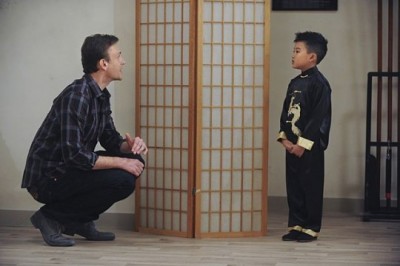 In the episode, there’s some sort of bet between Marshall, as played by Jason Segel, and Barney, as portrayed by Neil Patrick Harris.

Just as the tweets point out, we are subjected to a lot of yellow face casting which should not be acceptable to CBS or to any viewer. It’s just offensive, plain and simple.

I also couldn’t get over the pretty lame editing. The cuts between the slaps, which were supposed to be faster than the eye, and the kung fu master were pretty amateurish.