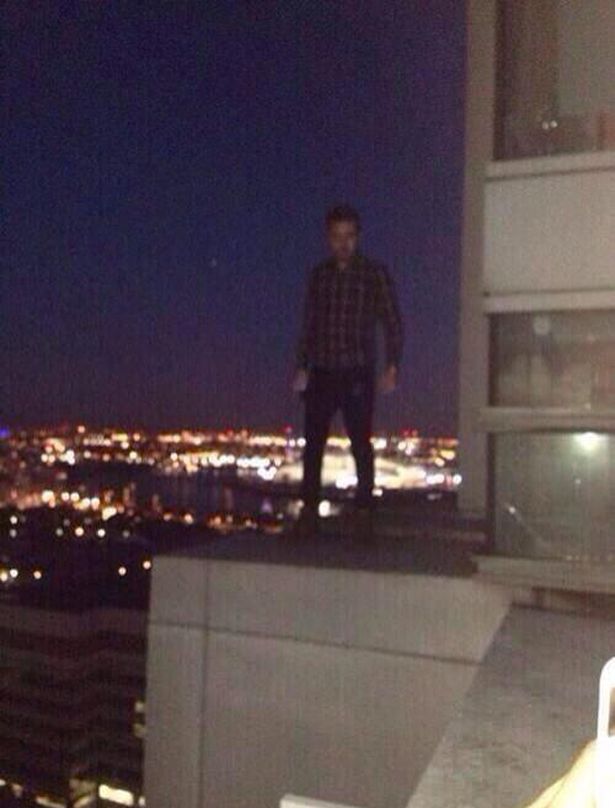 One Direction’s Liam Payne has apologised for scaring his devoted young fans after he was pictured balancing on a ledge outside his 34th floor flat.
The 20-year-old star was snapped 360ft up after celebrating bandmate Zayn Malik’s 21st birthday in London.
Many fans took to twitter to berate their hero for giving them a scare.
One wrote: “That photo of @Real_Liam_Payneon that balcony really gave me a mini heart attack ... please don’t do that again!”
While another tweeted: “@Real_Liam_ Payne should stop thinking he’s Batman, when he’s not ... Stop climbing on your balcony!”
The photo was posted on the internet by one of his friends but has since been deleted.
Red-faced Liam has now apologised for clambering out onto the exposed ledge of the building - one of the tallest in London.
He said: “You may have seen a photo of me today, taken on top of a building.
“I regret being there and having a photo taken of me.
“I do not endorse any fans trying to repeat this as it is extremely dangerous.
“It was a stupid and irresponsible thing to do. I am sorry.”