The Recipe that Helped Jessica Simpson Lose 8lbs in 2 Weeks 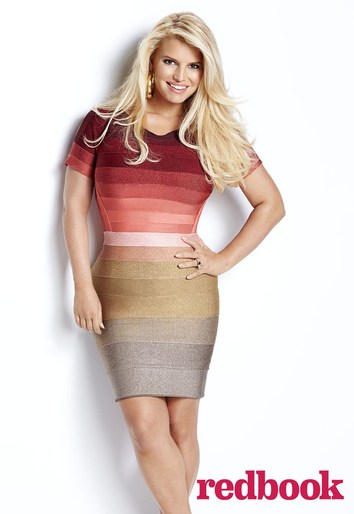 When Jessica Simpson gave birth to her son, Ace, in June 2013--just a little more than a year after delivering daughter Maxwell--it was time to get serious about shedding the extra pounds she had put on following two consecutive pregnancies.

After bidding a fond farewell to some of her favorite snacks and calorie-laden meals (think Froot Loops, fried chicken, and mashed potatoes with gravy just for starters), she turned to Weight Watchers' new two-week "Simple Start" plan to slowly ease back into a regular diet and exercise regimen.

"After almost two years of eating pretty much whatever I wanted, I didn't want to feel like I had to totally deprive myself of all the foods I loved, not to mention an occasional glass of wine," Jessica says. "What was so great about this plan was that it wasn't about sacrifice. I was eating real food, there was still room for the occasional indulgence, and I never felt like I was suffering. I lost 8 ½ pounds in the first two weeks and that really got me motivated for the journey ahead."
Today, nearly 60 pounds later, and with the added incentive of her upcoming wedding to keep her motivated, Jessica is not only back at her fighting weight, but says what was once a diet plan has turned into a lifestyle choice. Here, Jessica shares the recipe for Italian Baked Egg and Vegetable Ramekins, one of her favorite meals from the plan. 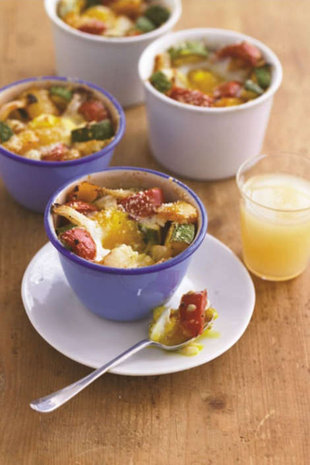 1. Heat oven to 400°F and spread a large, shallow roasting pan with nonstick spray.
2. Put tomatoes, pepper, zucchini, onion, garlic, basil, salt, and pepper in pan and spray with nonstick spray; toss to coat. Roast, stirring occasionally, until vegetables are browed and crisp-tender, about 30 minutes.
3. Spray 8- or 10-oz ramekins or custard cups with nonstick spray. Divide vegetables evenly among cups. Make a well in the center of the vegetables and carefully break 1 egg into each cup. Sprinkle with Parmesan cheese. Place cups on baking sheet and bake until eggs are just set, 20 to 25 minutes.