Lorde Refuses to Give Fans a Nickname 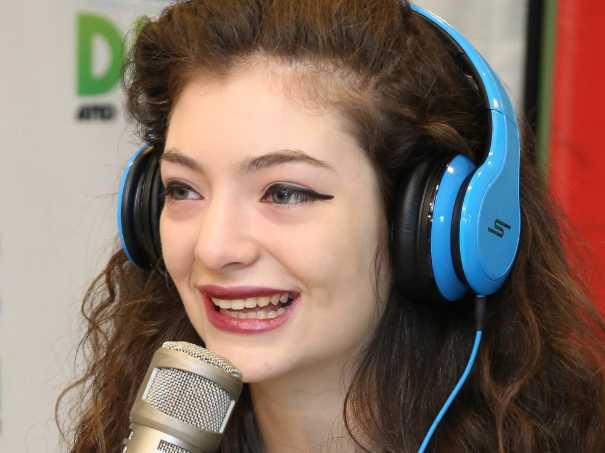 Lorde has said she won’t join the likes of Lady Gaga and Katy Perry by giving her fans a "pun-centric" nickname.
Gaga calls her followers The Little Monsters and Perry has her KatyCats but you won’t find Lorde giving her fans an equally heinous name any time soon. In fact, she almost chokes on her own bile with the venom she spits at the practice of nicknaming fans. (lol, what?)
The 17-year-old singer told Look magazine: "I find it grating to lump everyone into a really awkward, pun-centric name. People joke about it on Twitter, 'You should call us The Disciples. Never! I have discouraged it. I've tweeted multiple times, 'No fan name, I do no condone this.’"
Asked how she feels being referred to as a "pop star", Lorde added: "I wouldn't take offence! People think pop's filthy and shameful. I love pop music! I don't think it's right to shit on a genre just because some stuff about it isn't perfect. Pop is really powerful and if I'm a pop star then I'll be that to the best of my ability."
Earlier this month Lorde warned people against calling her a "teen hottie". The New Zealand star revealed that she takes particular offence at that term, but insisted she's not anti-sex.
Why isn't there a Lorde tag yet?
source
Tags: music / musician (pop)
Subscribe
Previous
← Ctrl ← Alt
Next
Ctrl → Alt →
Previous
← Ctrl ← Alt
Next
Ctrl → Alt →