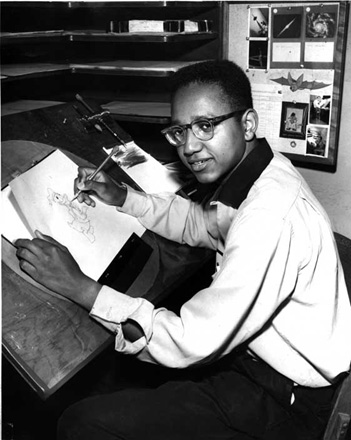 "Two things are required of an actor, and indeed it’s not all that much to ask. They should know their lines and be able to hit their mark. To be sure, the life of an actor is seldom an easy one. The few that are blessed with fame and success should at least be grateful. And, they might be wise to guard unscripted remarks lest they appear foolish.
It would appear a number of people in Hollywood and elsewhere know a good deal about a studio that never employed them. They also seem to be quite knowledgeable about a man they never met. This is to be expected, of course. When it comes to history it appears everybody’s an expert. However, the history we’re currently dealing with is the history of the Walt Disney Studio and Walt Disney in particular.
I shouldn’t have to tell you this, but the America of the nineteen thirties and forties is hardly the America we know today. Much has changed, and changed for the better. However, we can’t erase the mistakes of the past nor should we. We already know women were not given the opportunities they deserved back in the thirties. This was not something practiced at Walt Disney Productions alone. This was true of American business in general. Despite that, the women of Disney’s Ink & Paint Department have told me they’ve never had a better job. Were they denied the opportunity to compete with the boys over in the Animation Building? You bet they were. In spite of that, during the war years, young women proved they had what it took to compete with the big boys. Even in the forties, Mary Blair, Retta Scott, Bianca Majolie and Sylvia Holland showed they too had the right stuff. By the fifties, talented young women filled the ranks of Walt’s animation department and their names are too numerous to mention. For example, ever hear the name Phyllis Hurrell? She ran one of Walt Disney’s successful commercial departments at the studio. This was the early days of television and she made a ton of money for the mouse. You probably wouldn’t believe that Uncle Walt had a woman production head back in the fifties, now would you?
Then there was Joe Grant, Dave Detiege, Lou Appet and Ed Solomon. There was Mel levin, Robert and Richard Sherman, and the list goes on and on. Can you guess where I’m going with this? Why were so many talented Jewish writers, song writers and artists employed at the Disney Studio? Did Walt simply not know? Yeah, he probably had no idea. I can also guess he had no idea why the young black man was in his story meetings. And, how did the famous “Hollywood racist” failed to notice Victor Haboush, Tyrus Wong, Dick Ung, Iwao Takamoto, Willie Ito, Ray Aragon and Ron Dias?
To be sure, Walt Disney had his faults like the rest of us. He was not a perfect man nor did we expect him to be. Like most of us, he continued to grow as he moved through life and in time he recognized women could compete alongside men. He knew that talent had no color or ethnicity and he judged people by their ability to do their job and do it well. Walt Disney was a man of his time, but he was determined not to be imprisoned by it. He dreamed of a better world and even had the audacity to try and build it. Hardly an American to be vilified. Walt Disney deserves to be celebrated.

Walt Disney was a studio boss not a saint. Yet, in my fifty plus year career he was hands down the best boss I ever had."
Source: Floyd Norman's blog.
Floyd Norman has worked at Walt Disney Pictures during the 50s and the 60s.
Tags: disney
Subscribe
Previous
← Ctrl ← Alt
Next
Ctrl → Alt →
Previous
← Ctrl ← Alt
Next
Ctrl → Alt →