Two more books from One Direction in 2014 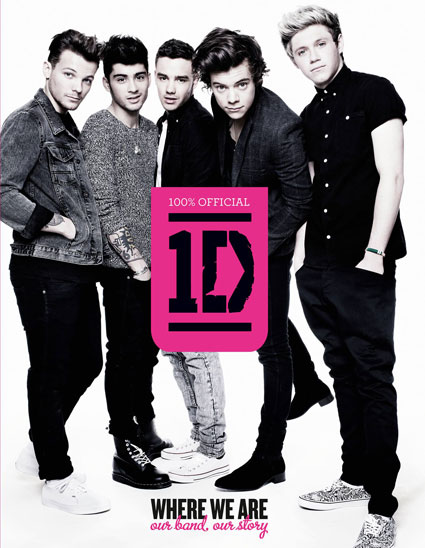 HarperCollins will publish two new books from pop stars One Direction in 2014.

Non-fiction publishing director Natalie Jerome acquired world rights in a full joint autobiography of the group and One Direction: The Official Annual 2015 from Modest! Management.

Since releasing their first book with HarperCollins in 2011, One Direction have sold over 610,000 books in print through Nielsen BookScan. Their most recent book, Where We Are: Our Band, Our Story, was published in August, spending five weeks at number one in in the Sunday Times' hardback non-fiction chart.

This year the band embark upon a global stadium tour, which their official autobiography – out in September - will coincide with. Jerome promised that the currently untitled book (a £20 hardback, with around 80,000 words of text,) will bring fans: "even closer to the band by telling their story in the kind of depth we’ve not seen before."

She said: "It’s a hugely exciting departure from the books we’ve published with them so far and there’s a lot we’re going to be doing that will make this an extra special experience for their loyal and devoted fans."

One Direction: The Official Annual 2015 will feature exclusive photos, interviews and behind-the-scenes stories. It will be published in August, priced at £7.99.