The P*SSSY POSSSE BACK TOGETHER AGAIN!!! (showing my age! - lol) 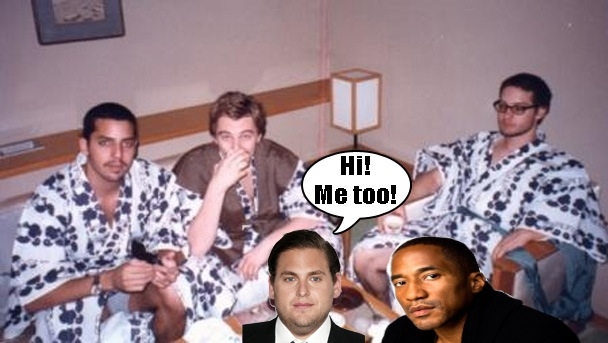 The Wolf Of Wall Street stars Leonardo DiCaprio and Jonah Hill can't get enough of each other! The two are teaming up once again, along with Grammy-winning rapper Q-Tip, to develop a hip-hop TV drama series.

According to Deadline, the series will be loosely based on the hip-hop artist's "experience during the Native Tounge era," and will be produced through DiCaprio's production company Appian Way. The show will be shopped to networks sometime next week, the website reports.

Q-Tip, who has been longtime friends with DiCaprio, was a founding member of A Tribe Called Quest that was started in 1985 when he and his friends Ali Shaheed Muhammad, Phife Dawg and Jarobi White were in high school.