Behold, ye fair maidens and lords and folks like that, our exclusive one-sheet below for the forthcoming horror-fantasy-comedy Knights of Badassdom, starring Game of Thrones' Peter Dinklage, True Blood's Ryan Kwanten, and Firefly's Summer Glau.

The long-awaited release follows three best friends (Peter Dinklage, Steve Zahn and Ryan Kwanten) and dedicated LARPers as they take to the woods to reenact a dungeons and dragons-like scenario fresh out of the mythical Middle Ages. Trouble arises after they unwittingly conjure up some serious evil in the form of a blood-lusting Succubus, from the pits of hell. 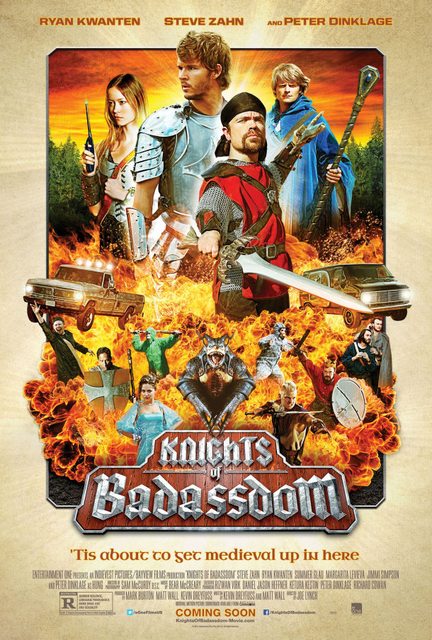 The Joe Lynch-directed film also stars Steve Zahn and Jimmi Simpson. Knights of Badassdom will be available via TUGG on January 21 and on VOD on February 11.