BET: We Don't Want Male Host B. Scott Looking Like a Girl 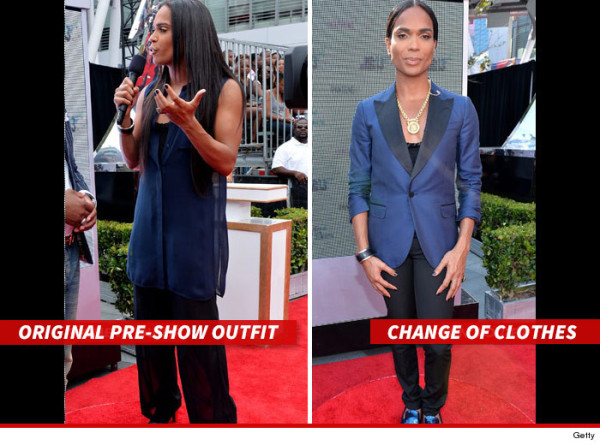 TMZ has obtained some pretty explosive internal emails and texts between BET execs, who candidly admit they ordered a transgender host to change his clothes during its big awards pre-show because he looked like a chick.

B. Scott is suing the network, claiming he was ordered to 86 his flowing blue tunic, black pants, hair, makeup and heels because they wanted him to look more like a man, even though they knew he was a transgender person.

During last year's BET Awards pre-show ... Scott appeared in his garb in the first segment but claims he was then ordered to change his clothes and remove his makeup ... he obliged but was never put back on the air.

BET Music Programming Prez Stephen Hill wrote a pointed email before the show ... "I don't want 'looking like a woman B Scott.' I want tempered B Scott."
Network VP Rhonda Cowan offered help, "I can speak to him about being less 'womanly.'"