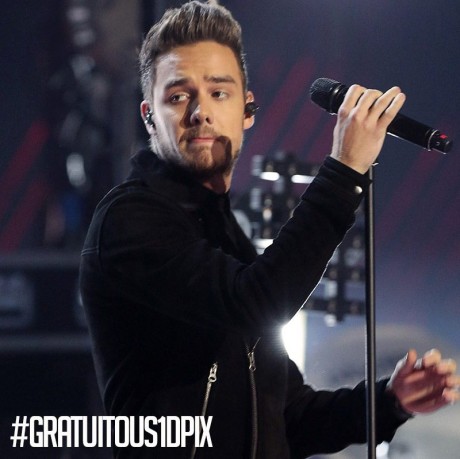 Liam Payne has spoken out to deny rumours of a clash in the ranks of One Direction.

It was reported earlier this week that the stars were locked in a ‘bitter battle’ after Harry Styles revealed he wanted to change their musical direction and make them a bit more credible.

The stylish star apparently told Liam, Niall Horan, Louis Tomlinson and Zayn Malik that he wants their fourth album to be an all out rock record and would prefer to steer away from the pop tunes they’ve released before.

However so called insiders said Niall and Louis were against the idea and clashed most with their bandmate about his ideas, leading to a tension and frostiness between the singers.

One source told The Daily Star:

“The problem is the rest of the band fear if Harry starts changing their style, he’s going to take over the whole thing.

“They all have different ideas on what direction they want to take musically, and they’re becoming more and more vocal about it.

“Niall and Louis especially are worried about turning their backs on a pop sound and changing a winning formula.”

There has been some talk of Harry recording his own music and planning a solo career if One Direction doesn’t go his way and the insider added:

“The fear is that if Harry doesn’t get his way he could end up walking out and going solo.”

However Liam has insisted that the reports are rubbish and unfounded.

The band haven’t been spotted together for a while, but he insisted they are just on a break and catching up with some private friend and family time.

Lots of articles saying we are clashing ... no ones clashing we are just having a bit of Family time after hitting the road for 3 years