"If We Win a Grammy for Best Rap Album, Hip-Hop is Going To Be Heated" 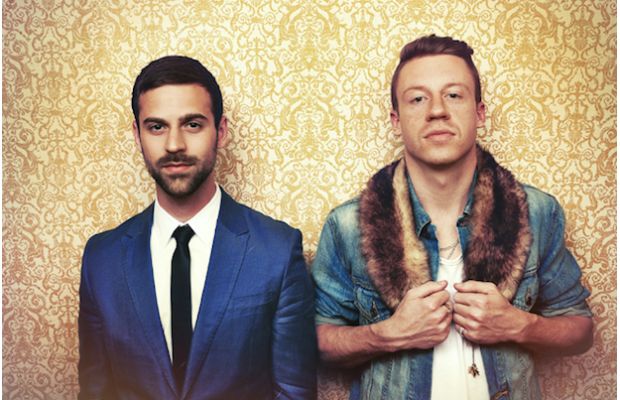 Macklemore & Ryan Lewis are up for Best Rap Album at January 26's Grammy Awards. In a new interview with The Source, Mack addresses what happens if he, you know, wins.

We’re up against Kendrick, who made a phenomenal album. If we win a Grammy for Best Rap Album, hip-hop is going to be heated. In terms of [that category], I think it should go to Kendrick. He’s family. TDE is family, and I understand why hip-hop would feel like Kendrick got robbed [if he didn’t win].

He then insinuates that maybe the duo's breakthrough album The Heist should win Album of the Year: "I would love to win in a different category. We obviously had massive success on commercial radio, and I think that, in ways, The Heist was a bigger album, but Kendrick has a better rap album."

Macklemore is right that plenty of hip-hop fans would disagree with The Heist beating out good kid, m.A.A.d city, Yeezus, Nothing Was the Same, and Magna Carta Holy Grail. Kanye West, as interviewer Kim Osorio posits, would more than likely have something to say.

But for as vaunted as his outsider status is, plenty of hip-hop stars have embraced Macklemore as he's ascended to the top of pop music. That includes Kanye himself. Well, kinda.