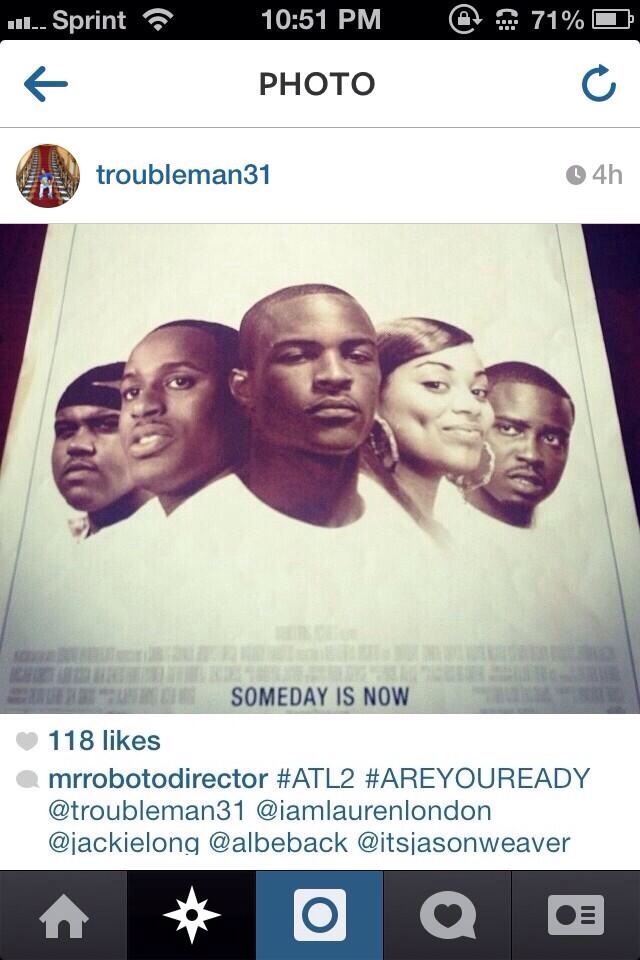 Get excited at the idea that we could be seeing a second installment of ATL soon enough. The popular 2006 film that jump started the acting careers of Lauren London, T.I. and Malika Haaq looks like it might be headed back to the big screen for round 2.
In an interview with Rap-Up, director Chris Robinson, spoke not too long ago on the possibility of a sequel. He said that for all he knew at that time, work on a new film was a rumor, but he did speak on what it would take to get one made:
“We all joked about doing an ATL 2, and how down T.I.’s character would be running the comic section of the newspaper and what the twins would be doing. But you never know. If the fans wanted it enough, there would definitely be a sequel.”
Well, it just might be happening. On his Instagram page, Robinson posted the following picture.
As you can see, the caption says that an ATL II is in the works, and could either start filming or will be released this year.  It looks like all of the original cast members are on board too. T.I. also posted the same picture with the caption "hmmm What if".
While a release date has not been confirmed, our hope is that we can pick-up with our favorite characters from this popular coming-of-age story in theatres soon.
Do you think a sequel to ATL is a good idea after all of these years? Tweet us @MOBOAwards

Tae Heckard also posted it on her IG