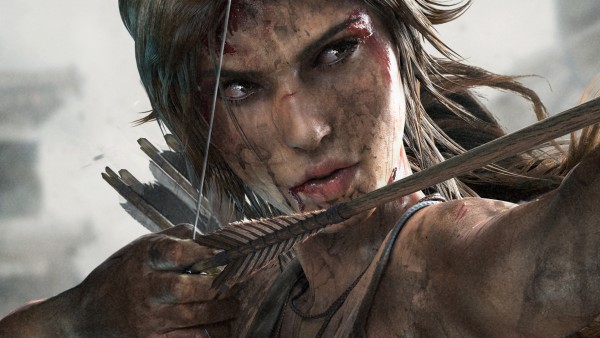 Tomb Raider: Definitive Edition is not a simple, upscaled version of last year’s critically-acclaimed adventure. It’s a colossal effort, soaked in visual enhancements and technical optimizations. Just when we thought Lara Croft hit her peak, she keeps on climbing.

One of the first challenges Crystal Dynamics faced was Lara herself — even though the team had smashed expectations with the impressive original game. A new head and face model have been implemented in this portrayal of Lara, bringing new life to the legendary heroine. Among the torrent of improvements made, the developers worked with subsurface scattering technology on Lara’s skin. This means light will actually pierce the top layer of her skin and diffuse, giving it a realistic glow.

Lara’s equipment has also been given abundant attention. Her bow and pickaxe clatter, bob, and move with her body, giving her entire character a renewed sense of authenticity. She sweats and bleeds like the best of us when put under extreme duress, and the remarkable animation and voice work continue to instill Lara with life.

There was no slowing down for Crystal Dynamics after Lara was reworked. The environments were handled with the same attention to detail. The world is packed with more foliage, debris, bits, and bodies than before. Dynamic weather sweeps through levels to bring smatterings of rain and lightning. Fog is no longer a singular, visual plane, but rolls through the world in individual motes of cloudy white. Smoke from fire pools at the top of rooms — a crown to the crackling red below.

And all this barrels onto the screen in native 1080p, running at a buttery framerate. Picking up a DualShock 4, Tomb Raider: Definition Edition is about as smooth as silk; each action Lara takes is a showcase of the technical marvels behind the scenes.

Combat and exploration still feel great, and DualShock 4′s features have been put to good use. The touchpad can be used to light a torch or adjust the in-game map, for starters. When Lara picks up radio chatter, the voices play out of the controller speaker. The lightbar flashes a staccato rhythm when Lara opens fire, and it lazily glows red and orange to match the light of her torch.

To sweeten the experience further, Crystal Dynamics has also included all the multiplayer DLC, which means eight maps and six weapons are added to the mix from the get-go. The team even included the Dark Horse comic, and the complete art book, all accessible from the main menu. Even outside of the game proper, there are tons of additions to peruse.

The motto of the team seems to have been an equal split between “Why not? and “What the hell,” considering the staggering number of upgrades to Tomb Raider, both large and small. From extra strips of tattered cloth blowing in the wind, to an entire ocean of water improved just for the heck of it, almost nothing was left untouched.

“Definitive” might be the absolute best word to describe this edition of Tomb Raider, which launches for PS4 on January 28th. For those of you that missed out on the PS3 version, your tardiness may just have been a blessing in disguise. 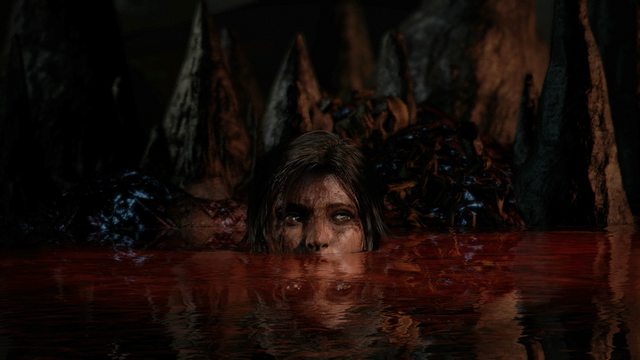 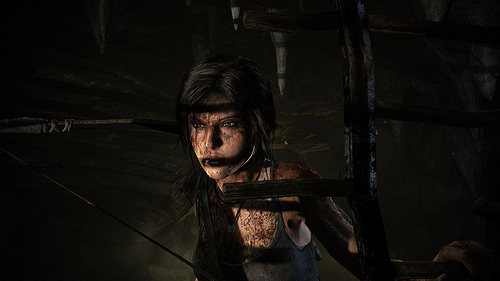 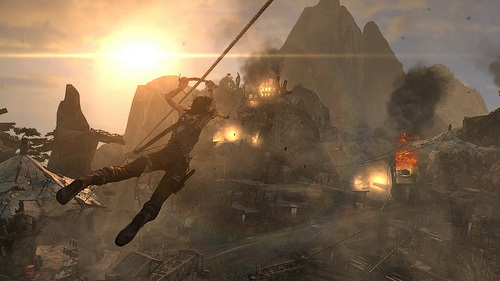 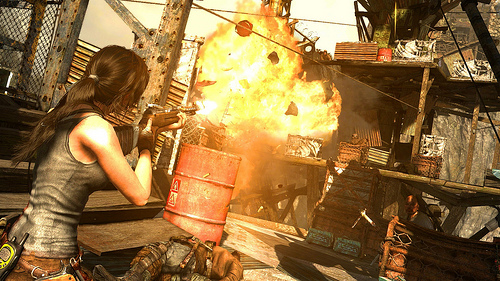 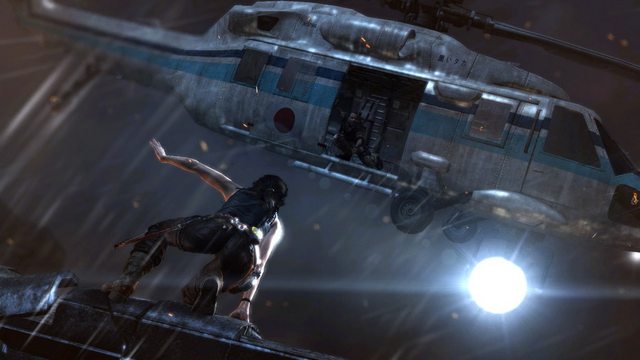 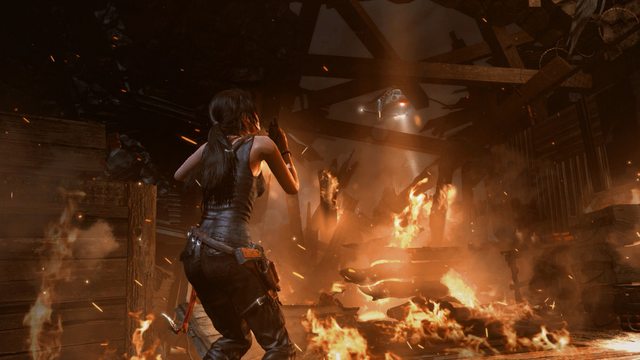 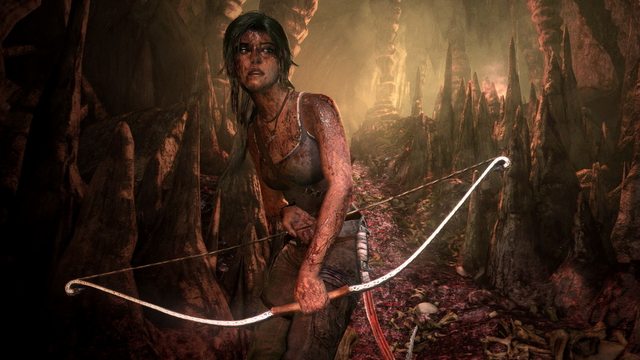 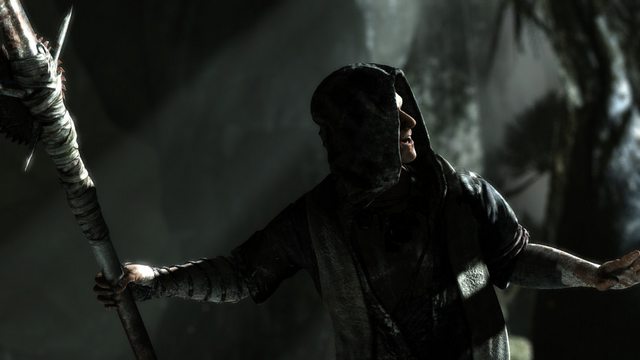 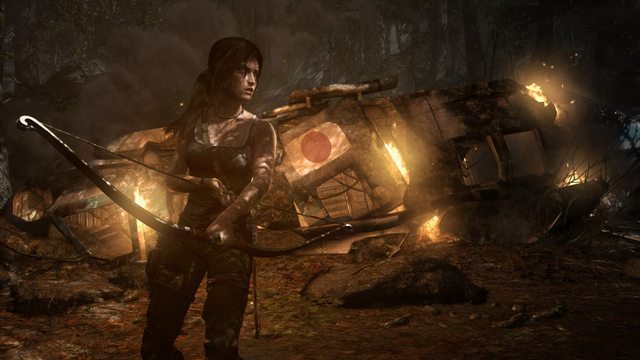 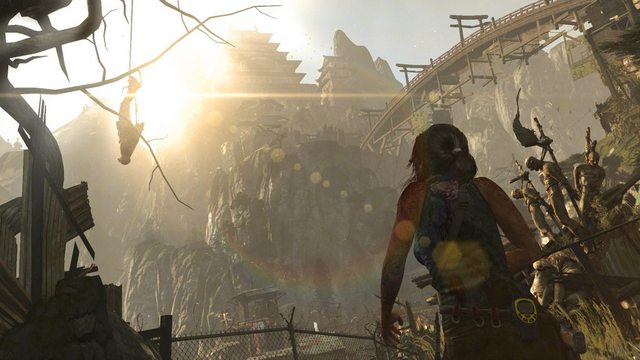 Source
Looks good! But this article just reminds me that it's really lame to me how cinematic experiences and aesthetically pleasing/realistic graphics are highly valued in video games. It's a nice bonus, but I hate when people recommend games to me talking about how awesome the graphics and cutscene sequences are. idk, makes me kind of sad - they're nice accessories that please my shallow wants, but I personally don't value any of it at all.

What do you think, ONTD? Can you justify a shitty game with an "at least it's gorgeous" line? How about now, with special additions to the controllers and all those things? Would you not give an older game a chance just because the characters are polygons? Video game post.