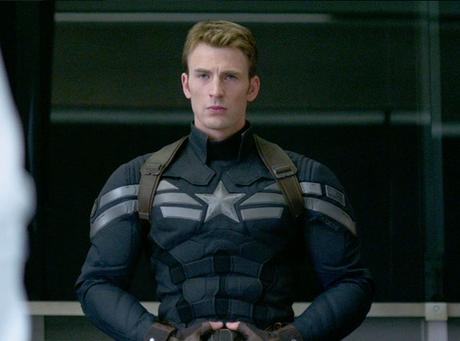 Chris Evans will play Steve Rogers for the third time (well, technically fourth if you count the brief cameo in
Thor: The Dark World) in Captain America: The Winter Soldier. This movie should be a radical departure from the fist, as Cap is now dropped into modern times and adjusting to society.

Evans told Empire Magazine (via Comic Book Movie) that Captain America 2 is the first chance in the Marvel Cinematic Universe to dive into that aspect of the superhero.

"We really haven't explored his adjustment period," Evans said. "In The Avengers we had so many characters you have to address, you don't really have time to sit with any single one. In this movie there's a lot going on for Steve. He's trying to acclimatize to the modern world. I don't want to give too much away, but it's about trying to find how he fits. He's a man from the 1940s. He's just woken up. For everybody else, it's been a slow burn to get to where we are in 2014. But for him, suddenly there's the Internet, cellphones and The Patriot Act. The technology's new to him and so is the access the government has to that technology."

The actor also heaped praises upon Marvel and Anthony and Joe Russo, the co-directors of the film, for their vision for the project and their adding thriller elements into the movie.

"I don't think Marvel's ever done anything like this," Evans said. "The [Russo] brothers said right from the start that we were really doing a '70s thriller. And I think just Cap's abilities mesh well with that kind of genre. I mean, his powers are very meat and potatoes. Faster. Stronger. Punch. Kick. That works with those types of movies. It would be more difficult to put, say, Hulk in that kind of context."

Finally, the magazine asked Evans if he faced any challenges in playing a superhero that has no alien origins, mystical powers or wild personality, and the actor responded that he derives the arc from the character's traits.

"To be a good man is difficult," Evans said. "To be the best man you can be is even harder. Even though he doesn't choose to wear his baggage on his sleeve, I think that's his skill set. He doesn't moan. There is a depth to him. There are always new things to find. For the first film it was about the new body and responsibilities. Here we get to dive back in with that established. It feels really comfortable coming back to him."