One Direction 'Clashing Over Harry Styles' Desire To Quit Pop For Rock'? 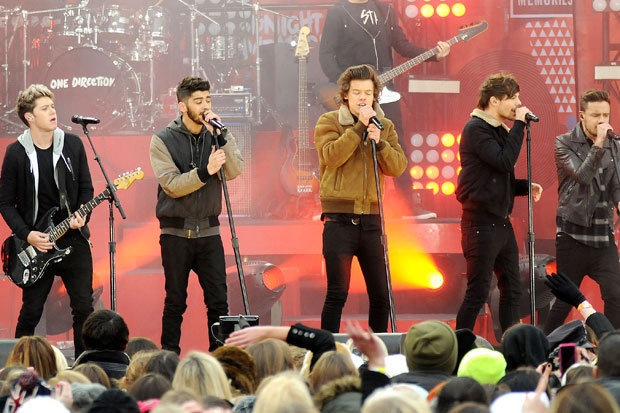 The boyband are reported to be clashing with one another over the sound of their music because of Harry Styles, who has been trying to convince the group that they should ditch pop for rock 'n' roll.

"Harry loves being in the band and respects and loves his bandmates. But he's very ambitious and thinks they should be growing up more and becoming more credible," a source told the The Daily Star.

The Best Song Ever singers have seen huge success from their latest album Midnight Memories, which features less pop music than previous albums and it seems

"Their third album Midnight Memories was already a lot less pop but Harry wants to push it further," the source added.

"He thinks their next album is the perfect time to create a much edgier and more rock 'n' roll image and he's already writing songs that he wants them to include on the record."

According to the insider, Harry's big plans surfaced after hanging out with pals Elton John, The Rolling Stones and Rod Stewart, who are believed to have encouraged the curly-haired singer to take the next big step.

However, Harry's plans are allegedly not going down too well with the rest of the group, especially Niall and Liam who fear turning their back on pop could do more harm than good for the band.

"The problem is the rest of the band fear if Harry starts changing their style he's going to take over the whole thing," the source continued.

"Niall and Louis especially are worried about turning their backs on a pop sound and changing a winning formula. The fear is that if Harry doesn't get his way he could end up walking out and going solo."

Let's hope the boys iron out their differences - and fast!