Sara Bareilles thanks Katy for ripping off "Brave"

"I can't say that I think that they don't sound similar" 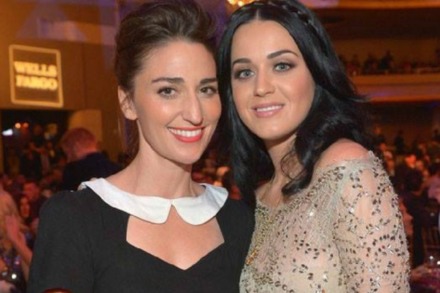 Fans have complained that Perry seems to have borrowed from Bareilles. "Roar" came out three months after "Brave." But Bareilles is more forgiving in an interview on "CBS Sunday Morning" at 9 a.m. this weekend on WKMG-Channel 6.

"I can't say that I think that they don't sound similar," Bareilles tells Ben Tracy. "I've known Katy a really long time, and we're friends." But the furor over the songs' similarity hasn't hurt, Bareilles said. Rather, it has been "only really good for my song. So, thank you, Katy Perry, for that."

Bareilles' "Blessed Event" is a Grammy nominee for album of the year. She and Perry are both nominees for best pop solo performance for their respective songs. The other nominees are Bruno Mars for "When I Was Your Man," Lorde for "Royals" and Justin Timberlake for "Mirrors."