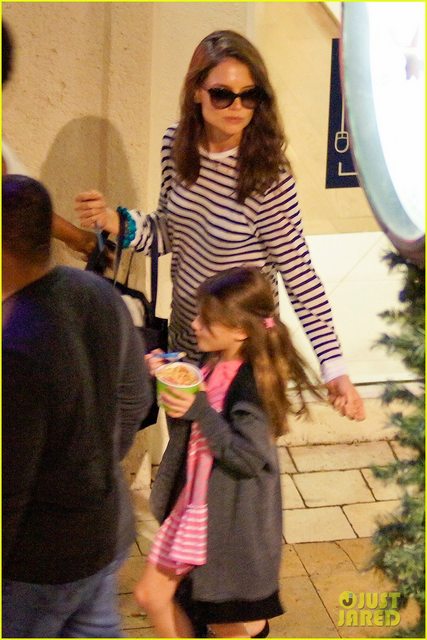 Katie Holmes and her seven-year-old daughter Suri stop by some stores after picking up a frozen yogurt treat on Thursday evening (January 2) in Miami, Fla.

The 35-year-old actress’ bodyguard had to jump in front of some cars to stop them from hitting the ladies as they crossed the street.

Katie has been enjoying her sunny vacation with Suri and has been seen showing off her bikini body at her hotel pool on two occasions already! 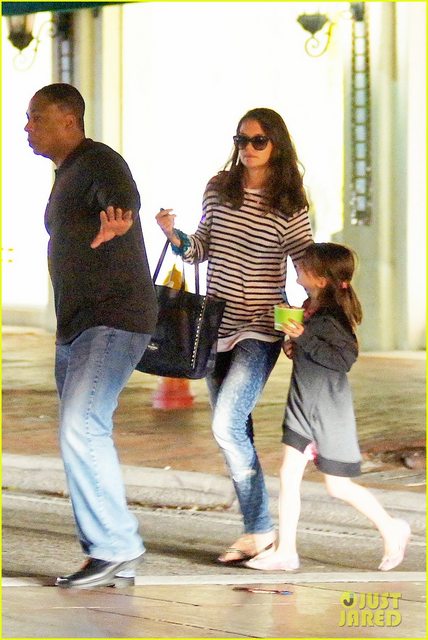 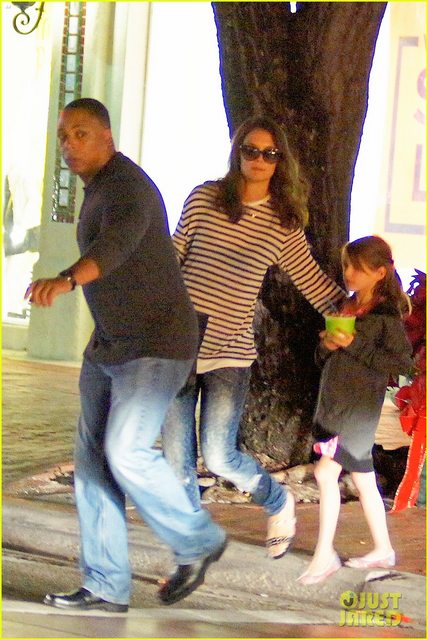 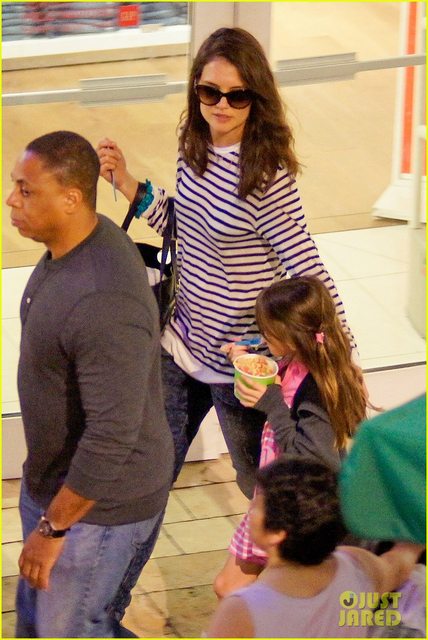 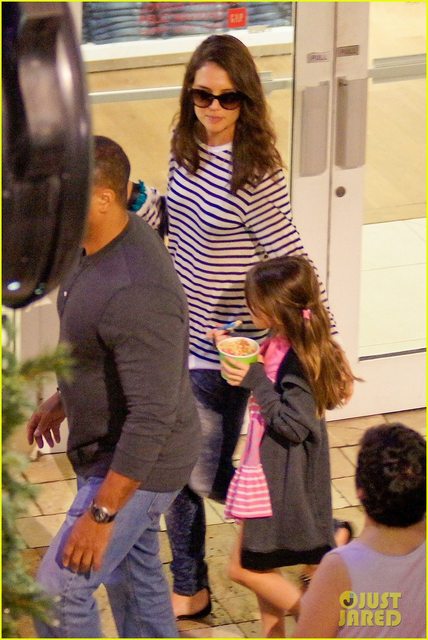 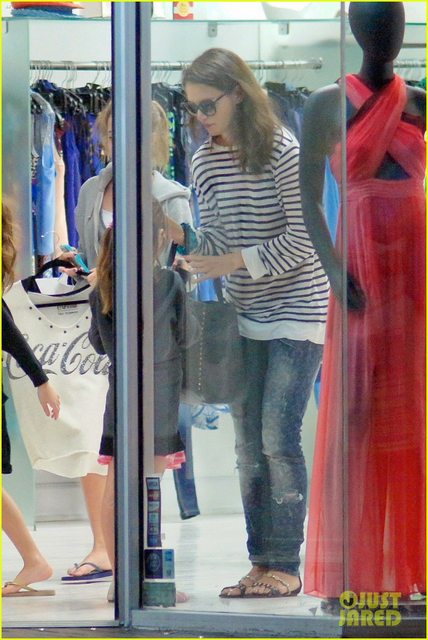 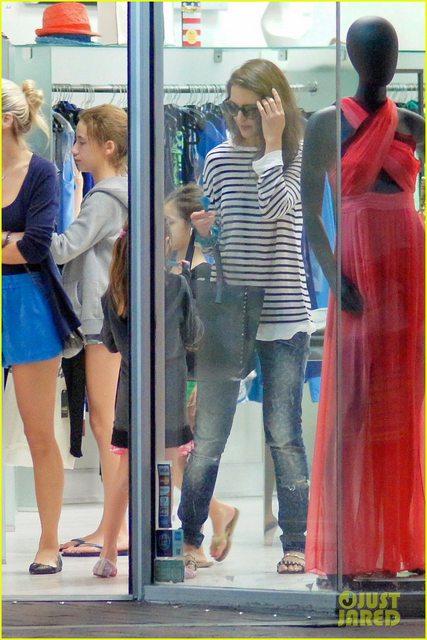 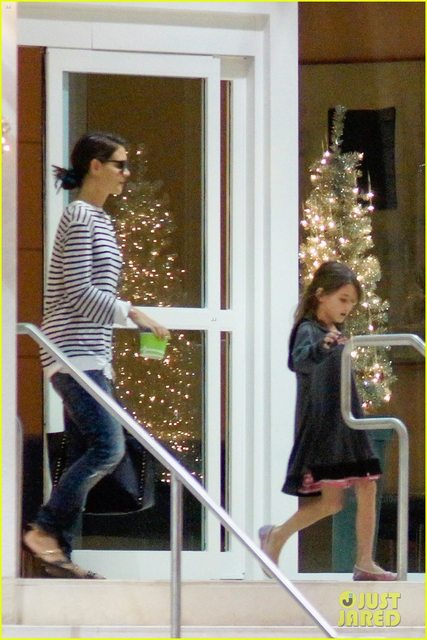 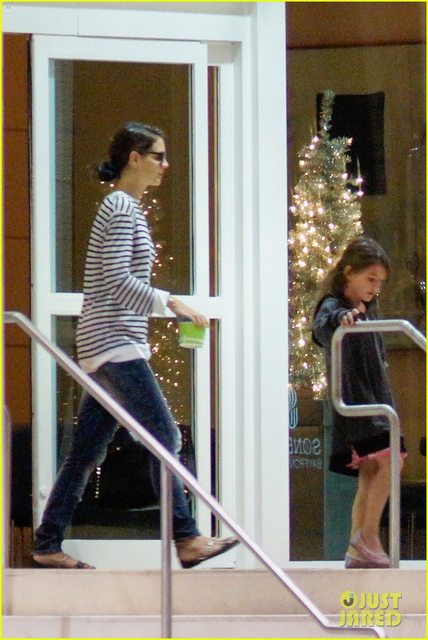 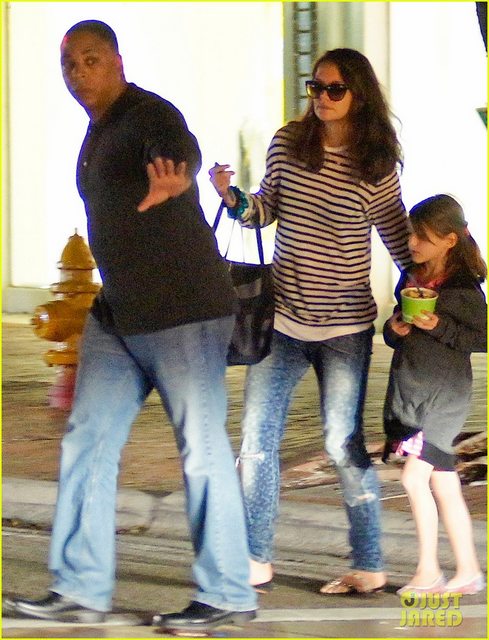 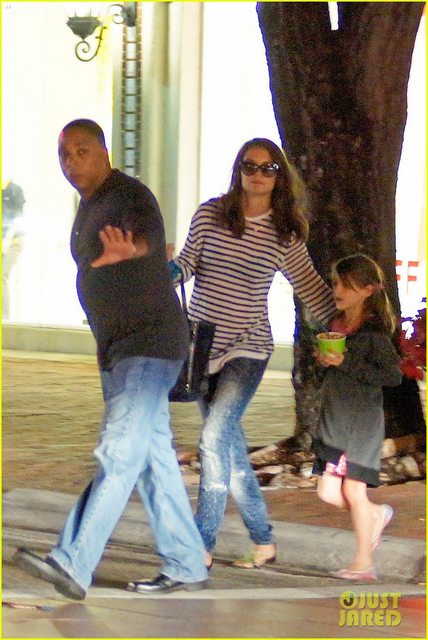 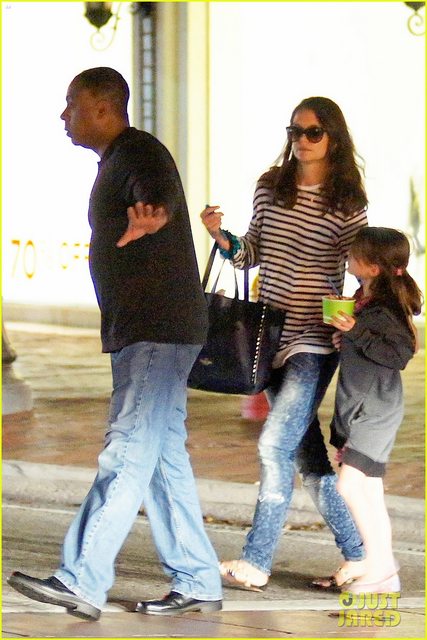 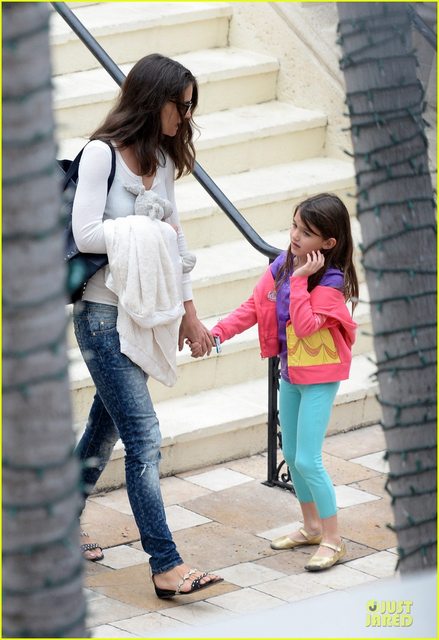 Katie keeps it casual while exiting a movie theater on Saturday (January 4) in Miami Beach, Fla.

Earlier in the week, the 35-year-old actress and her seven-year-old daughter were spotted grabbing frozen yogurt together.

Katie and Suri have been enjoying their vacation for over a week now.

It was recently announced that Suri‘s dad Tom Cruise is developing a sequel to his recent film Jack Reacher, which will be based on Lee Childs‘ “Never Go Back.”

Here’s the synopsis: “Reacher heads back to his old military base in Virginia to take a woman to dinner who is now the commanding officer. By the time he gets there, she has been arrested, and Reacher finds himself being charged with pummeling one guy and fathering a child with a woman. He can’t remember either transgression but gets to the bottom of it with cunning and sometimes brute force.” 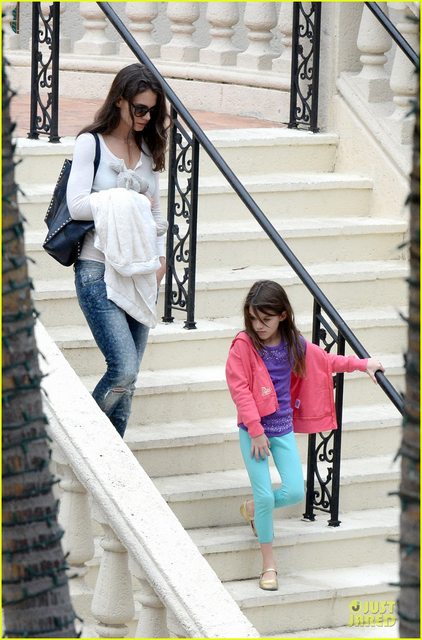 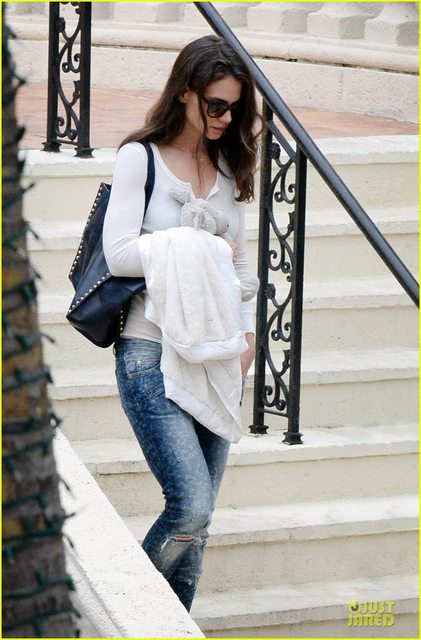 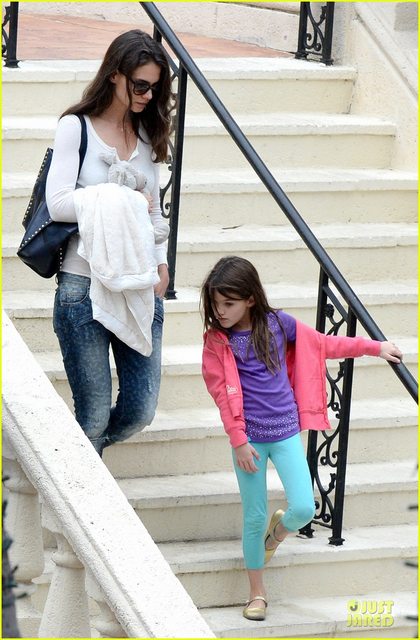