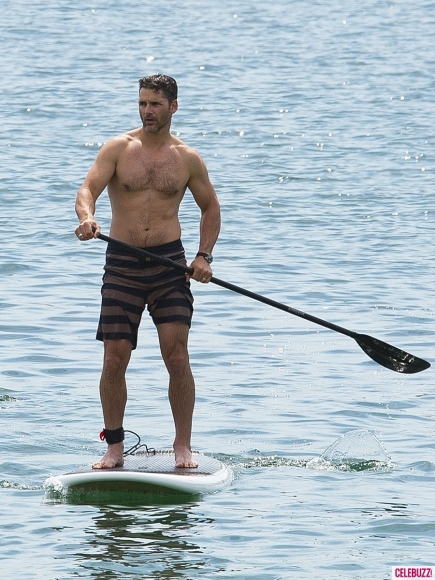 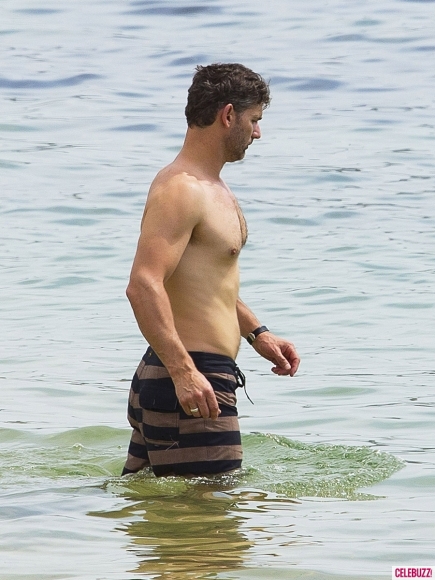 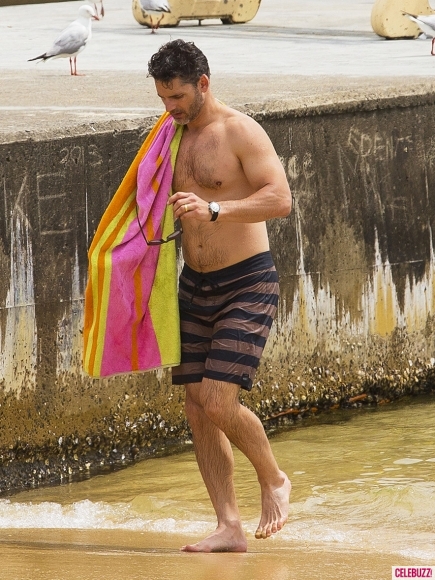 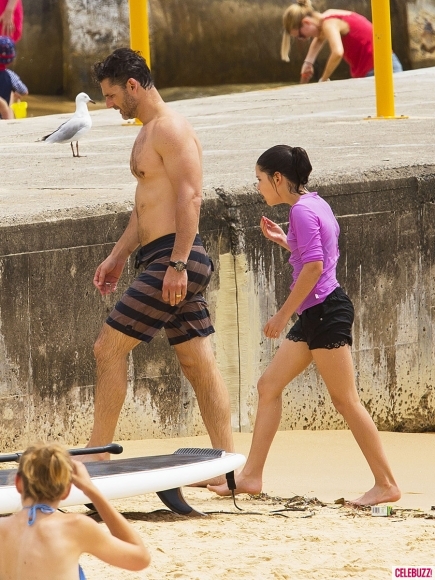 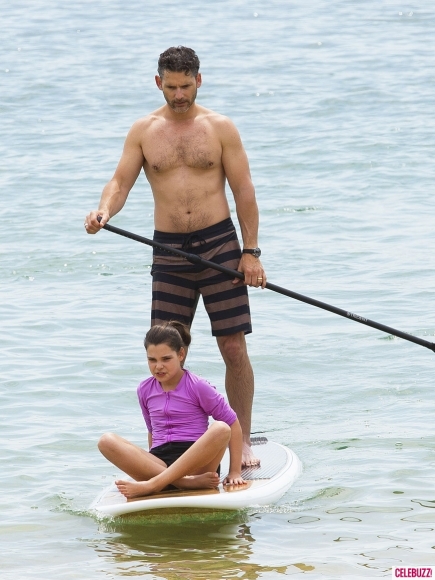 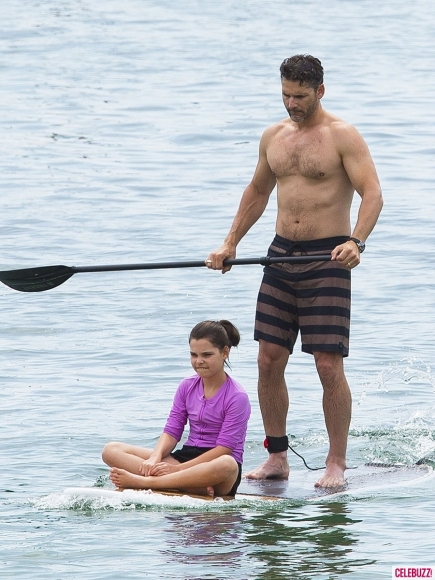 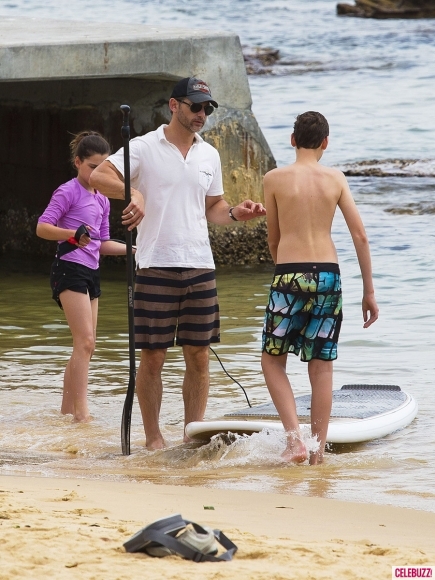 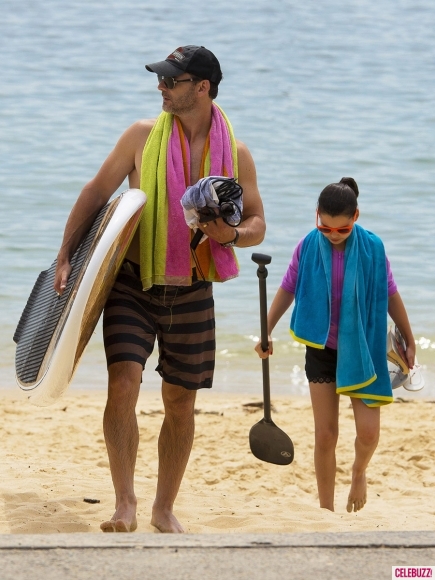 Eric was spotted teaching his children Sophia and Klaus all of his paddle boarding moves.

In the movie, based on former United States Navy SEAL Marcus Luttrell's nonfiction book by the same name, Eric Bana plays Lieutenant Commander Erik S. Kristensen, who was a part of a team involved in the real-life events of the failed Navy SEALs mission known as "Operation Red Wings" during the War in Afghanistan.

Bana recently spoke with OTRC.com to discuss his role in the film, why he and his co-stars focused on making a quality film to pay tribute to members of the armed forces, and how it was working with director Berg on the project.

New Stills from 'DELIVER US FROM EVIL' 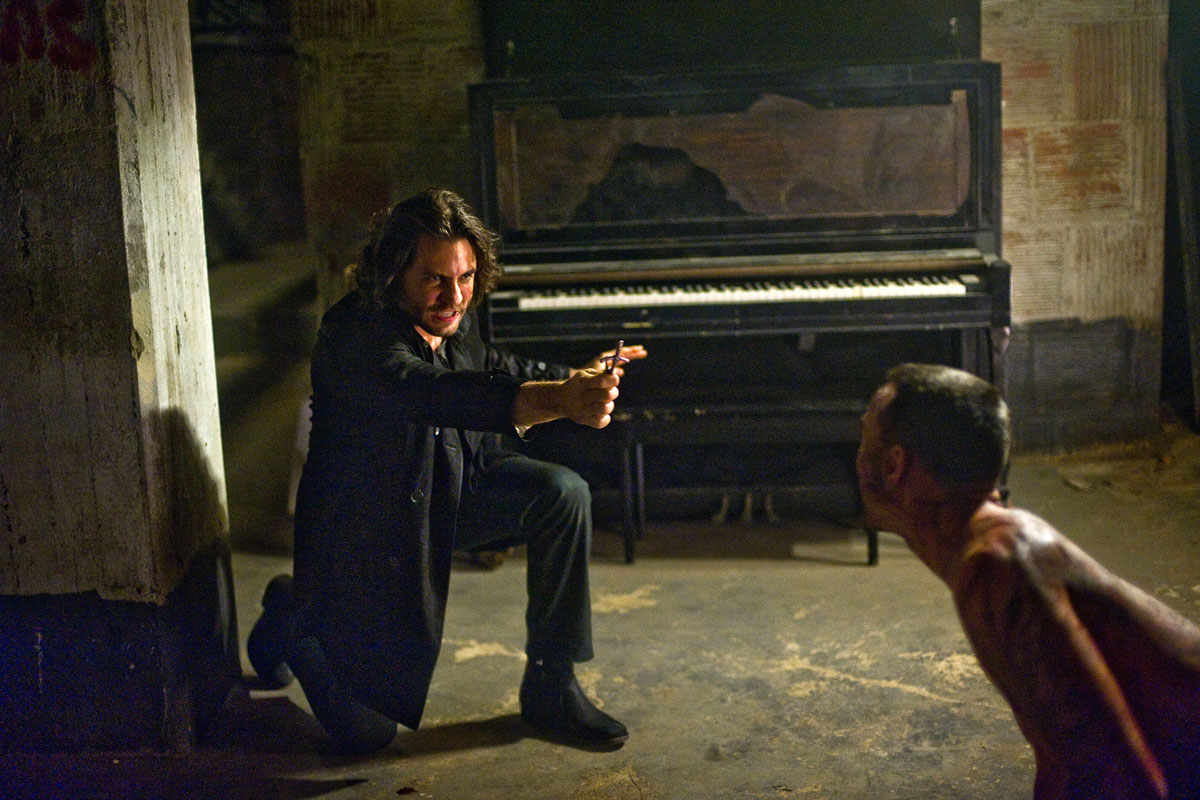 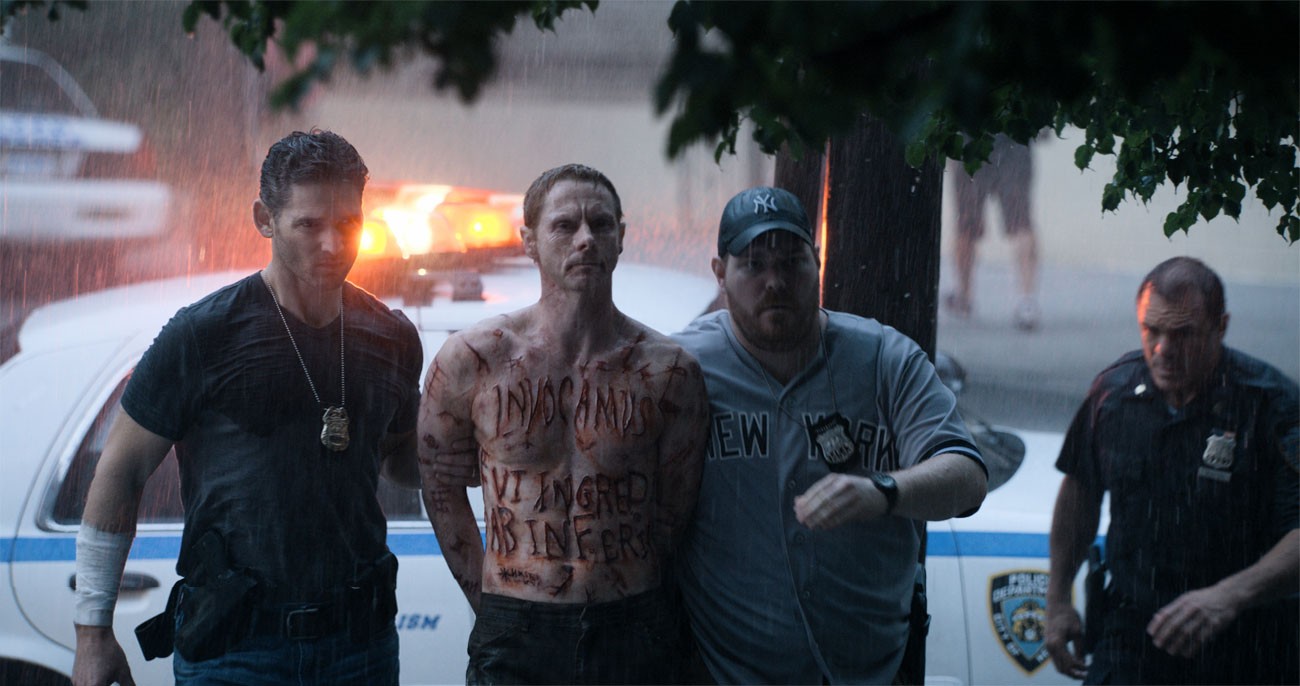 The other image premiered exclusively on Bloody Disgusting, and shows Bana arresting a man who appears to have carved “Invocamus Vi Ingredi Ab Inferi” into his chest.

In Deliver Us From Evil, “New York police officer Ralph Sarchie (Bana), struggling with his own personal issues, begins investigating a series of disturbing and inexplicable crimes. He joins forces with an unconventional priest (Ramirez), schooled in the rituals of exorcism, to combat the frightening and demonic possessions that are terrorizing their city. Based upon the book, which details Sarchie’s bone-chilling real-life cases.”