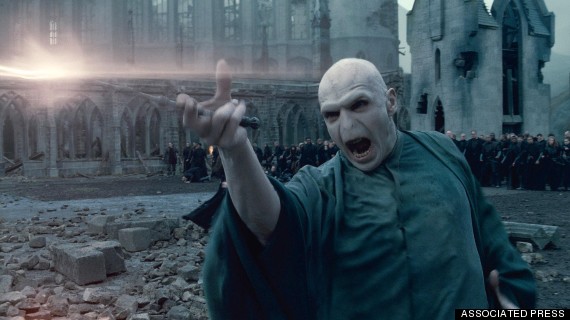 China's ambassador to Britain has invoked Lord Voldemort, the villain of JK Rowling's Harry Potter series, in a diplomatic stand-off between Beijing and Tokyo over the Japanese prime minister's visit to a controversial war shrine.
"In the Harry Potter story, the dark wizard Voldemort dies because the seven horcruxes, which contain parts of his soul, have been destroyed," Ambassador Liu Xiaoming wrote on Wednesday in an op-ed in The Daily Telegraph newspaper.

"If militarism is like the haunting Voldemort of Japan, the Yasukuni Shrine in Tokyo is a kind of horcrux, representing the darkest parts of that nation's soul," he said.

Liu's op-ed comes amid the tensions between China and Japan over Shinzo Abe's visit to the shrine last week.

He became the first Japanese head of government since 2006 to pay respects at Yasukuni, which honours 2.5 million Japanese war dead, including 14 indicted class A war criminals from the second world war. Japanese cabinet minister Yoshitaka Shindo followed up with a visit of his own on Wednesday.

Abe said last week the goal of his shrine visit was "to pledge and determine that never again will people suffer in war", but the site is seen elsewhere as a reminder of Japan's 20th century aggression against China and other Asian nations. 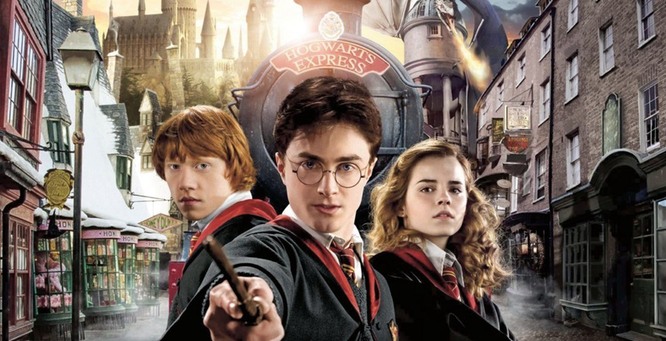 It’s not a Harry Potter book, but it’s Rowling’s third novel after Deathly Hallows: The sequel to The Cuckoo’s Calling. To be published under the pseudonym Robert Galbraith, the yet-to-be-titled sequel will follow detective Cormoran Strike and his secretary-turned-sidekick Robin on a new mystery adventure.

Rowling confirmed the existence of a second book in the middle of last year. “I’ve just finished the sequel and we expect it to be published [in 2014],” she wrote.

A release date, title, and artwork have yet to be revealed.

2. News about the ‘Harry Potter’ play

Just when we thought Rowling was finished making Potter surprises, one more came along right before Christmas: A play following Harry’s life pre-Hogwarts is in development. “What was it like to be the boy in the cupboard under the stairs? This brand new play, which will be developed for the UK theatre, will explore the previously untold story of Harry’s early years as an orphan and outcast,” says Rowling’s representatives in a statement.

When the news was announced, we looked at various ways the play can be a success.

By far the biggest and most exciting surprise for the Harry Potter fandom last year was news of a spin-off movie franchise set in the world of Fantastic Beasts and Where to Find Them and following its author Newt Scamander.

Rowling is writing the screenplay and longtime Potter movie producer David Heyman is back at the helm. In an interview with Hypable, the latter spoke passionately about the new project.

At last check, Rowling is still working on the screenplay for the first movie, so no director, cast, release date, or plot details have been unveiled. We hope that Rowling will hand in the script this year, at which point Warner Bros. may set a release date. Don’t expect it to hit theaters until 2016 at the very earliest.

J.K. Rowling’s website for Harry Potter fans to discover new information about this series is still unveiling new chapters. Currently they’re in the middle of Goblet of Fire, and new chapters haven’t been released since October. This means we should see new chapters early this year.

What else could 2014 bring for Potter fans? We may learn more about the Wizarding World lands being built at Universal Studios Hollywood and Universal Studios Japan, but we expect them to feature the same attractions as Orlando’s Hogsmeade. In other words, don’t expect many surprises.

There’s also the Grawp in the room: The Harry Potter Encyclopedia. Rowling at one point confirmed its existence on her official website but then backtracked. We haven’t heard a peep since. While we do expect to see it one day, our guess is that it won’t be published until after Pottermore finishes releasing the books.

And maybe an eighth Harry Potter book? No way. 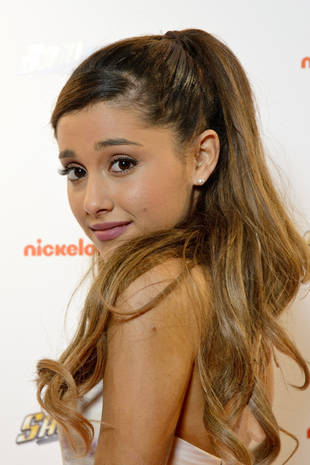 Admit it: When you were in middle school, you totally fangirled over the Harry Potter boys. Everyone had a favorite, whether it was awkwardly adorable Harry, tactical, yet often hapless ginger Ron, or clean-cut Cedric (what’s up, Rob Pattinson!). And R&B diva Ariana Grande is no different than the rest of us.. though her Potter star crush may surprise you.

Who’s the lucky guy that won the on-the-rise 20-year-old’s affections? That would be Draco Malfoy (Tom Felton)! Yep, looks like Nathan Sykes’s ex had herself a thing for the slightly evil, bleached blond bowl cuts. No judgment — we all have our types!

Her tween crush was revealed yesterday when Tom reached out to Ariana on Twitter, professing his girlfriend’s fandom for the “Right There” singer.

“On a road trip! @arianagrande my gf has almost is never enough on repeat, having a sing song!!” Tom tweeted. (We love to put this one on repeat, too!)

At first, Ari played it cool and thanked the actor and his GF: “Amazing, I send my love! happy NY.”

But sometimes you just can’t kick that first love. The songstress tweeted a follow up post just moments later, filling her fans in on her real intentions for the Brit: “But remember when I wrote a song about him and had Draco Malfoy pillow cases when I was 9 oops.”

A song! We’d love to hear that one.. and we’re sure Tom wouldn’t mind hearing Ariana sing it to him, either. Hey buddy, if you and your lady ever break things off, Ari is single and ready to mingle!

In the mean time, she should probably redirect her attention to Matthew Lewis if she’s looking for a Hogwarts hottie. Neville Longbottom is looking good, and we’re pretty sure he’s on the market!