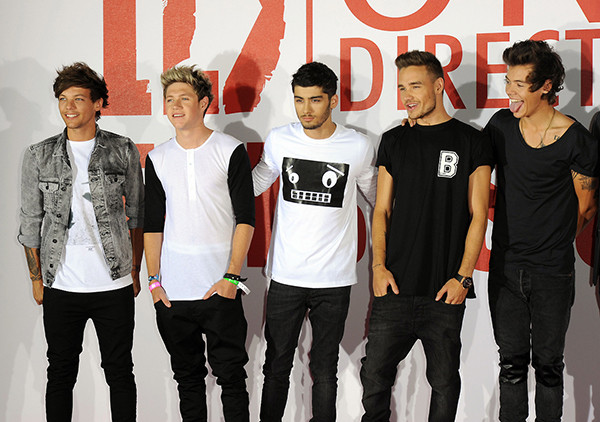 One Direction may have only released their first movie, This Is Us, last year but if they do decide to venture into movies again legendary director Martin Scorsese could be could be up for taking the helm.

According to sources, the Wolf of Wall Street director is a huge fan of Harry Styles, Niall Horan, Zayn Malik, Liam Payne and Louis Tomlinson. His love for the band is reported to have started after his daughter Francesca gave him one of their albums as a gift.

A source told the Confidenti@l column of the New York Daily News newspaper: ''Martin is very passionate and enthused about the music of One Direction.''

It's not known which album 71-year-old Martin was given but the director is known to be a big music fan, having worked with artists including Michael Jackson in the past, directing the iconic video for  'Bad' in 1987.

Scorcese also took the helm for the 2008 Rolling Stones concert film 'Shine a Light'. While that movie took $15,773,351 at the global box office, if Marty does ever direct One Direction he can rest assured that they're box office big hitters.

This Is Us was released last summer and to date has taken over $67 million worldwide, making it the fourth highest grossing concert movie ever and raking back over six times it's budget in ticket sales.