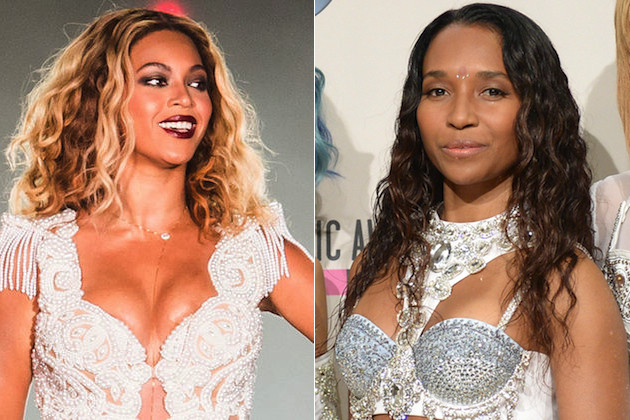 When it comes to Beyonce’s fans, they don’t play. TLC member Chilli found that out the hard way. When the veteran R&B singer co-signed a fan’s Twitter list of “sayings” that should end in 2013, which included mentions of “Queen B” or “Bey,” Beyonce’s fans went on the attack.

The Beyhive quickly swarmed on Chilli’s timeline and viciously dragged her with a number of unflattering mentions and even stingy tweets aimed at her 17-year-old son, Tron. Now that’s foul.

While we don’t condone attacks on her son, some of the tweets had us giggling. Having said that, we don’t approve of bullying in the Twitter-verse.

Chilli eventually tweeted that she wasn’t throwing shots at Beyonce, but she mysteriously deleted the tweet.

That didn’t stop the Beyhive invasion. We rounded up some of the angry tweets below:

murdering your last child RT @officialchilli: What are y'all doing to bring in the New Year???

@officialchilli Now Chilli I know you not coming for @Beyonce when even a mouthful of LAReid's nuts couldn't save your career.

Dragging your pressed ass RT @officialchilli: What are y'all doing to bring in the New Year???

Bitch why your son looks like he's auditioning to be on the cover of Dark & Lovely perm boxes? @officialchilli pic.twitter.com/NTVy22KFOp

@officialchilli Learn the different between "sayings" and titles. She is the Queen, you WILL Bow Down, bitch.

Bum bitch @officialchilli that's why you're without man and with bad credit.

@officialchilli needs to worry bout where her next check coming from before she talk about Variations of Bey. 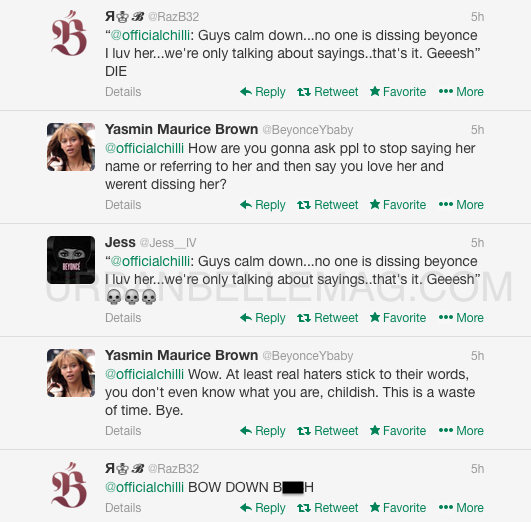 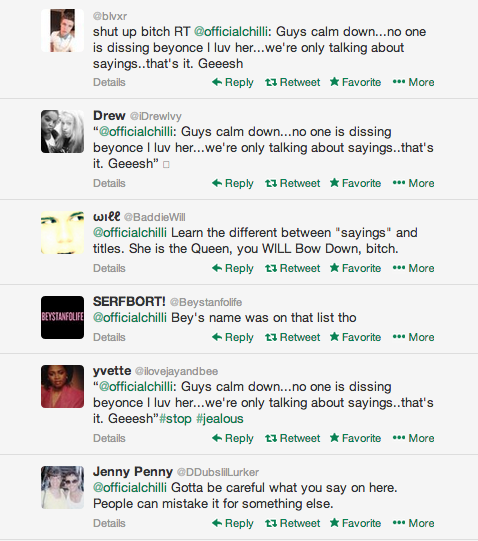