Selena Gomez rings in the new year in a onzie with friends & apple cider! 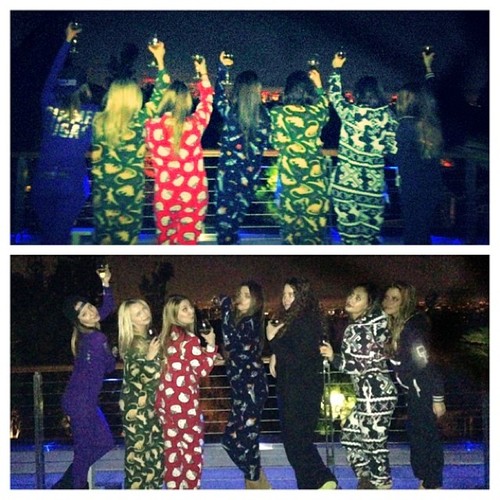 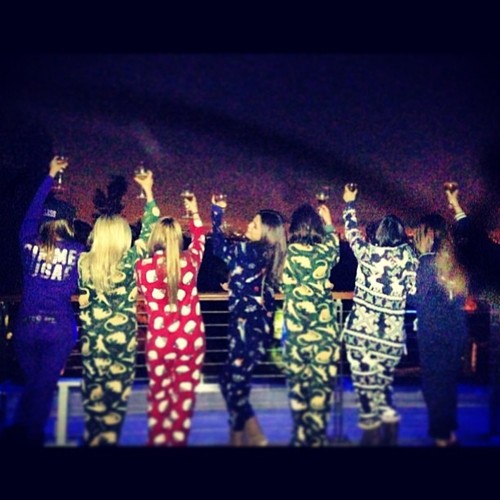 @selenagomez: Apple cider and my girls ☺ Happy new year my loves ❤ love you all endlessly

Selena Gomez had a tough end to 2013 after she was forced to cancel a string of tour dates after an exhausting year, but it looks like the singer enjoyed a fun New Year's Eve as she kicked back with her pals for a onesie and apple cider party.
The star shared an Instagram photo of her December 31 festivities, which sees the pretty brunette and a group of girlfriends keeping cosy in colourful onesies as they toast the New Year from a balcony.
"Apple cider and my girls ☺ Happy new year my loves ❤ love you all endlessly", the star captioned her cheery photo.
Selena is enjoying some well deserved down time after calling off the remainder of her Stars Dance tour, which was due to head to Australia and Asia in the New Year.
Instead of preparing to hit the road again, the singer has been catching up with friends and family back home in California, sharing a snap of herself enjoying some tea and a Facetime session with her buddies Taylor Swift and Demi Lovato earlier this week.
The star broke the news of her tour cancellation to her fans with a heartfelt message, insisting she needs to take some time out for herself:
“My fans are so important to me and I would never want to disappoint them. But it has become clear to me and those close to me that after many years of putting my work first, I need to spend some time on myself in order to be the best person I can be,” Selena told her fans in a statement.
“To my fans, I sincerely apologise and I hope you guys know how much each and every one of you mean to me.”
”It wasn’t an easy decision for Selena. She really hates to let anyone down so this wasn’t something she did just out of the blue, but it’s what she needs to do to take care of herself right now.”
Source
How did you ring in the new year, ONTD?
Tags: selena gomez
Subscribe
Previous
← Ctrl ← Alt
Next
Ctrl → Alt →
Previous
← Ctrl ← Alt
Next
Ctrl → Alt →