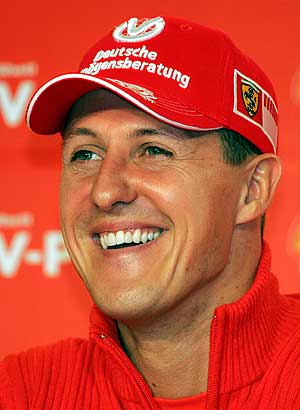 Retired seven-times Formula One world champion Michael Schumacher suffered a head injury in a fall while skiing off-piste in the French Alps resort of Meribel on Sunday.

The 44-year-old German was wearing a helmet and was conscious while being transported to a local hospital in Moutiers, the resort director, Christophe Gernigon-Lecomte, told Reuters.

Schumacher was transferred to a better-equipped medical unit in Grenoble for further examinations and an FIA source said he had been placed under the care of Professor Gerard Saillant, a brain and spine injury expert.


Saillant is a close friend of Schumacher's and his former Ferrari team chief Jean Todt, who is now President of the FIA.

Le Dauphine Libere newspaper reported on its website that Schumacher's condition had worsened and that his life was now endangered. It did not disclose its sources.

Schumacher's spokeswoman Sabine Kehm was unable to give any further information about his condition but confirmed he was on a private ski trip and had not been alone. 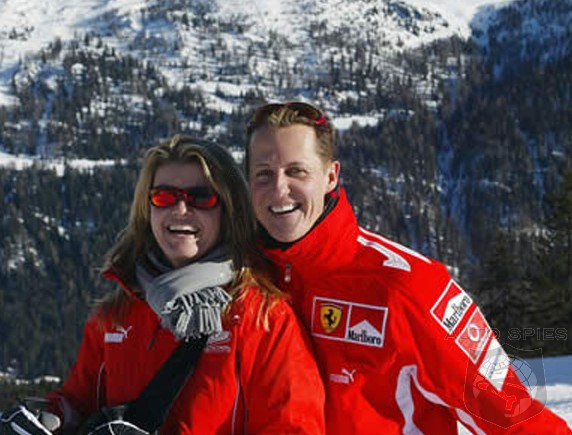 Gernigon-Lecomte said Schumacher, who has a vacation home in Meribel, had been skiing off piste.

"It seems that he has suffered a head trauma, but I would not say how serious it is. He was conscious but very agitated while being taken to hospital."

Schumacher, whose birthday is on Jan. 3, is the most successful Formula One driver of all time with a record 91 victories among his achievements. He won his titles with Benetton and Ferrari.

He left the sport last year after a three-year comeback with Mercedes following an earlier retirement from Ferrari at the end of 2006. The German lives in Switzerland with his wife and two children. 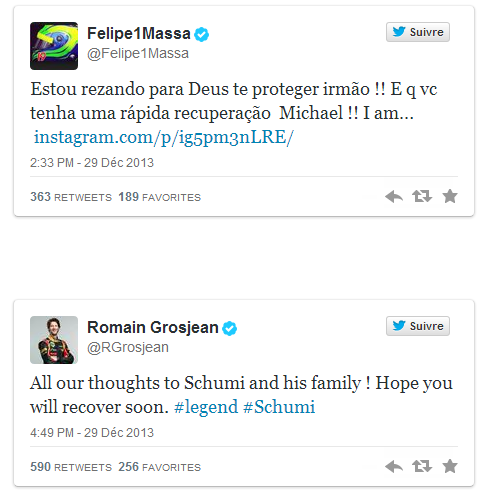 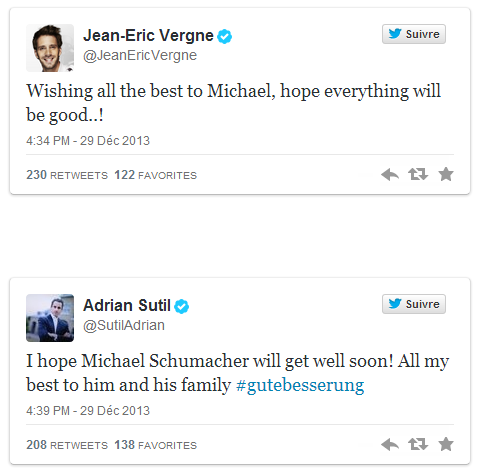