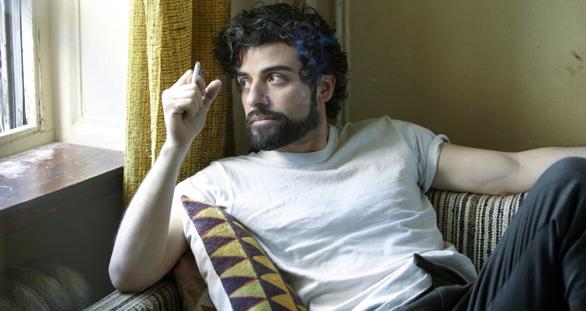 The latest film by the Coen Brothers, "Inside Llewyn Davis," is a funny little flick. During their press tours for the film, the always-sardonic filmmakers have joked that the story is plotless, which is why they shoehorned a cat into the movie -- to keep the audience happy. Of course, this is another of their trademark defections from the depths of their own art; naturally, there's a lot going on in this film, a deceptively simple tale of a hapless folksinger making his way during the early 1960s. The Greenwich Village setting, austere palate and wonderful and rich soundtrack hearken back to the kind of neighbourhood depicted on the cover of Bob Dylan's "Freewheelin'" album. The character of Llewyn is based in part on a number of yeoman folkies, including the likes of Dave Van Ronk, the so-called Mayor of MacDougal Street.

Even more than any historical figure, it's the film's star Oscar Isaac that really brings the character to life, bringing both a sensitivity of performance and a deep musical understanding to the role. The casting is impeccable, and from the opening shots of the film where we hear him singing to a smoke-filled room, we're absolutely transfixed in this man's journey. Moviefone spoke to Isaac soon after his Golden Globe nomination was announced, and delved into just what it's like to be playing such a major part within the Coen's world.

( You can be my full time, baby, hot or coldCollapse )

Who is your favorite ONTD boyfriend (current or former)?
Tagged: interview, latino celebrities

forgethissmile
December 29th, 2013, 10:41 pm
NGL, I've been slightly stanning for him ever since Suckerpunch.

Oscar Isaac can be the guy ontd has an affair with tbh. all the love & no backlash.

courtneyshayne
December 29th, 2013, 11:05 pm
After some quick research I can conclude that w/o the hair and beard he looks basic.

morgan90
December 29th, 2013, 11:14 pm
Even if you were right basicness has never been an impediment for being an ONTD BF, in some cases it's a requirement

la_petite_singe
December 30th, 2013, 12:35 am
Yay, I'm glad people like him now. <3 I've liked him since Sucker Punch (I mean, that movie was a hot-ass mess, but at least he was trying something, unlike most of the cast). I assume we'll turn on him for some nonsense within a few months, but rn I'm enjoying it.

My last name is a first name, but not in English

ladypolitik
December 30th, 2013, 10:51 am
Please ONTD: do not fucking ruin/run Oscar Isaac into the ground. Let him be attractive and talented at a normal human pace. Do not declare him to be hotter than relatively more attractive leading men. Do not declare him to have more talent than Mozart. Just fap to him quietly and submit posts at a level that wont become obnoxious. This is my challenge to all of you for 2014.

michelleantonia
December 30th, 2013, 11:27 am
I am tentatively calling him weirdo enough for me to like. I support this recent trend in Hollywood of weirdo leading men
←
→