Thanks but no Yanks Kendall! Harry Styles only to date British girls 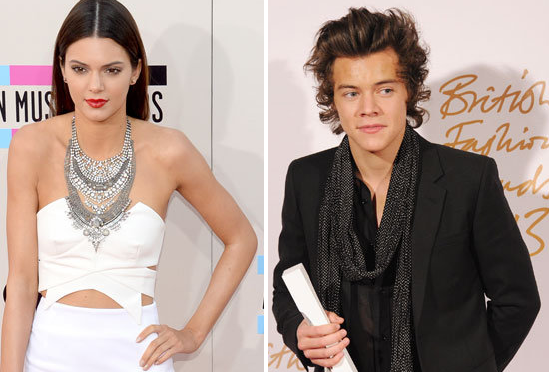 The 19-year-old boy-band star had been seen out with American teen Kendall Jenner but he has told pals he wants nothing to do with her family's reality TV lifestyle.

Harry and Kendall - Kim Kardashian's stepsister - had been spotted wining and dining all over Hollywood. But our insiders say the Worcestershire born singer finds Kendall, 18, "one of the most boring people" he has ever met and that he has no desire to start socializing with her notorious clan.

Our source told the Daily Star Sunday: "Harry finds Kendall very attractive but finds her personality practically nonexistent. The thought of spending time with her family is terrifying for him and he has no plans to turn Kendall into his girlfriend.

"Harry has a very dry, British humour and thinks he'd be better off with an English girl who gets his sarcasm."

The ladies' man is also rumoured to be struggling with being in the spotlight.

He recently told pals he is "fed up" with people asking him about his famous lifestyle and misses having normal conversations about everyday things.

"Harry is a really down-to-earth guy and he appreciates the opportunities he has in front of him but he's really struggling with certain aspects of fame," said one friend.