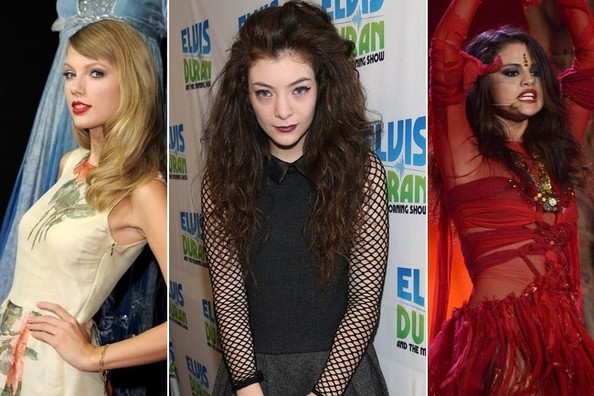 Looks like Selena didn't enjoy those Taylor Swift birthday party photos. Taylor and Lorde have been getting close, and Heat’s sources say that Selena is furious.
“Selena can’t stand Lorde, and has publicly trashed Lorde for not being feminist and supporting other female artists,” the source says, referring to the time Lorde called Taylor “too flawless and unattainable.” Lorde also dissed Selena’s song “Come and Get It,” saying “I’m a feminist, and the theme of her song is, ‘When you’re ready come and get it from me.’ I’m sick of women being portrayed this way.”
Ouch! Taylor obviously moved past Lorde’s poorly-worded diss, but apparently Selena might not be as quick to forgive.

The source also says that Taylor and Lorde’s friendship is only growing stronger, so Selena might need to watch her back!
“Taylor is buttering up Lorde, because she wants a musical collaboration and knows that Lorde is the hottest new thing in pop music,” the source says. “Taylor is blowing off the diss. She wants and edgier image, and Lorde is helping her craft that.”
SOURCE
Tags: music / musician, selena gomez, taylor swift
Subscribe
Previous
← Ctrl ← Alt
Next
Ctrl → Alt →
Previous
← Ctrl ← Alt
Next
Ctrl → Alt →