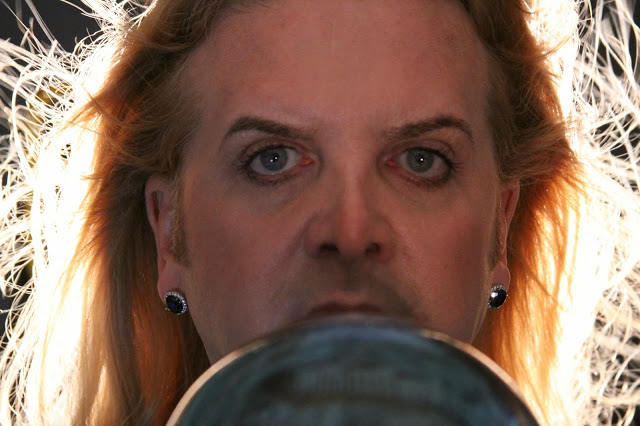 CHRISTIAN DION
The Seer's 2014 Predictions
Were written while staying
by
Cayuga Lake
Upstate New York,
just down the road from the entrance to
The Twilight Zone.
(Completed Dec 19th 2013)

When Jimmy Fallon goes to the Tonight Show, he will be an amazing success, (given time). Good year for Kimmel. Not so good for Conan. Leno, on his Way out, but not without a fight. It's going to be really tough for Seth Meyers, but I do think in the end will be ok.

Robert Pattinson.
A really good year for him, in fact his best yet, both professionally and personally.

Kristen Stewart
Well before I fall on the floor laughing, she's just going to get even worse.

Jon Hamm.
His year for an Emmy.

Lady Gaga.
Both personally and professionally her best year yet.

Lindsey Lohan
Is writing a tell-all book know she could write mind you I didn't know she could write, it's going to be a lousy year altogether for her. Has decided to return to the music studio. God help us. It'll flop. Plus she'll be back in front of a Judge in 2014. But this time she won't be so lucky.

Ryan Gosling
So broken up from Eva Mendes at the moment, but they'll be back together! Then engaged.

Angelina Jolie Brad Pitt.
I see a really bad year for these two including a break up.

Kendall & Kylie Jenner.
More of the same bad behaviour from these two, in fact one of them I think will land up in prison.

Kardashians.
Believe it or not, this year sees the beginning of the end for the trailer trash morons.

Oprah.
At last gets the opportunity to get her new channel back on firm footing and once again take a seat on the throne as queen of all media.

Beyonce
Bit of a disaster all round for Beyoncé to be honest in 2014 including 2015.

David Bowie
Some kind of personal drama which comes out of the blue, plus some kind of tour.

Rihanna
A year of very high highs and very low lows is 2014 for Rhianna.

Ashton Kutcher
Let's pray doesn't marry his current girlfriend because it's going to be a complete bloody disaster.

Bill Clinton.
Is the year for Bill supporting his wife as she decides to run for the next President of the United States.

Hilary Clinton.
This is the year that Hillary announces that she will run for the next President of the United States of America and yes, I want to remind you, I have said that for along time.

President Obama
He's going to get his MoJo back and surprise everyone. Security however needs to be tightened.

America
Is in for a rough time due to a couple of terrorist attacks that we will hear of, (many more attempts that we won't hear of). One really major one.

US Government
Troubling year ahead for the US government especially keyed to the Snowden thing which is only going to get worse.

South Africa /Cape Town
Now that Nelson Mandela has sadly passed away, this whole country is going to be sent into complete chaos over the coming months.

Winter Olympics
A complete mess. All kinds of protests which will lead to some not surviving. These Olympics really should not be taking place considering the recent behavior of Putin and his gang. I also sense something to do with a terrorist attack during these Olympics which some will believe to be a false flag event.

UFO's
Any more sightings this year including a very clear televised one leading to a government admission. A connection to the Space Station and those on board.

Aliens
They are watching us and can't believe how badly behave towards each other we are.

Energy/fuel
This year will bring a new fuel source to light. Leading to a very cheap and available fuel to all in the future.

Bill O'Rielly
Finally the end of the line for this idiot moron has even Fox can't deal with him anymore and fire him.

Pope
I must admit that the cover of Time magazine did appeal to my warped sense of humour in the fact that the Pope appear to have a set of horns. Also seems like most of the people are being convinced by his nice behavior-don't fall for it. He's going to start the cleaning inside the Vatican, that will make the inquisition look like a tea party.

Scientology.
At last, finally, the year that this "Cult" begins to fall apart from the inside out.

Prince Charles.
Is in a very upsetting year and is going to be doing a lot of sulking.

QE2.
She needs to start taking real care of herself and planning for the future in the very short term.

William and Kate
A great year and toward the end of this year and the beginning of next one the new baby, announced. Little girl.

Simon Cowell
True Simon Cowell is going to have a baby this year with his quote unquote girlfriend. But he thinks he's in for an easy ride in that relationship is very much mistaken. She's going to cheat on him because that's what she is a cheater.

Meryl Streep
I see lots of awards in 2014 including an Oscar.

Daniel Radcliffe.
Professionally a really brilliant year. But personally he needs to take check of his life. Otherwise he's going to fall into a very bad place. Due partly to mixing with the wrong crowd, and the wrong things.

Jlo
Well a year of awakening for her. First she'll realised that her "boyfriend" isn't what she seems to think he is. She sees that he is the scam artist he is. She will also rearrange her management team to get her back on top, where she belongs. So let's hope she takes notice. 2015 is when she finds her true love.

London.
Will suffer a terrorist attack, I am sad to say. Bringing terrible and widespread hurt and mayhem. Maybe if those in power see this, it could be avoided. I can only try. Which is why I have decided to make this prediction public.

Justin Bieber.
Promised to retire recently, but sadly it's not true. I do however see him having a really terrible year. With a bit of luck will be locked up.

Taylor Swift.
Time for her to fall off her perch, this year. Mind you'll she'll still be making a fortune from her scribbling.

Hugh Jackman.
Is in for a great year professionally a couple of wonderful awards. However personally not so good, including the telling of a secret, that once told will bring him great peace. But the way it's told will cause major embarrassment.

The Veil.
Some may not ever understand this but here goes. The Veil between this World on which we all live. Is going to get very thin over the coming year and beyond. Which will lead to more and more people being able to sense other Worldly things. It's going to be very interesting as well as a little frightening to some.

Duck Dynasty.
So as I write these predictions. The patriarch spewed all that homophobic BS. Oh more trouble to come. But here's something to think about. Look at re runs of " I Love Lucy " then watch Duck Dynasty, you may begin to believe that they are the same.

Lady Gaga.
You would think this Diva couldn't get any higher. But in 2014 she will-especially professionally. But even higher on the romantic front, ding dong....

Adele.
She returns to the music scene with her biggest album yet. Plus a wedding.