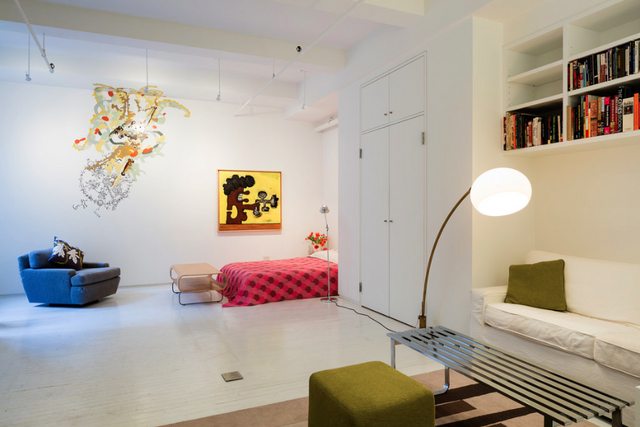 The eclectic TriBeCa duplex loft that took a star turn in Lena Dunham’s career-launching indie feature, “Tiny Furniture” (after its owners, who happened to be her parents, allowed her to film there), is poised to enter the market at $6.25 million. The imaginatively renovated living-and-studio space is in a former textile factory at 16 Desbrosses Street.

The building, on a cobblestone block between Hudson and Greenwich Streets just east of the Hudson River, was bought for $7.9 million in 2001 by a consortium of artists and writers led by the architect Peter Moore. It was eventually converted into eight residential condominiums.

The nearly 3,600-square-foot unit, No. 4S, which includes a bilevel space across the hall, is being sold by Ms. Dunham’s parents, the artist/filmmaker Laurie Simmons and the painter Carroll Dunham, both renowned in the fine arts orbit. Mr. Dunham handled the inaugural renovation while the family lived in a Brooklyn Heights rental, and for the first two years he and Ms. Simmons used the loft as their work space. The family moved there in 2004, and the duplex has since undergone a progression of reconfigurations and modernizations by the architect David Bers in collaboration with Mr. Dunham, with finishes and overhead lighting by the designer Nick Dine and custom wood cabinetry by the artist Gregory Curry.

The monthly maintenance is $1,500, and the monthly real estate taxes are $2,364. Designated basement storage space is part of the sale, as is the décor detail that was a running gag in “Tiny Furniture,” a wall of seemingly infinite and somewhat mysterious cabinets on the main level.

The space is brightened by a 32-foot-wide expanse of south-facing windows. The eat-in kitchen has Carrara marble counters, a Wolf range, and east and south exposures. The original hardwood floors are painted pale gray, with a 40-foot wall of original brick, painted white, in the 40-by-15-foot living/dining area. The master bedroom and an elaborate walk-in closet that connects to the master bath are clad in cherry wood — even the ceiling. “We found it soothing to look up and see wood,” Ms. Simmons said.

The beamed ceilings in the living area are almost 11 feet high and studded with recessed lighting. In the 21-by-12-foot foyer, spotlight-style fixtures are positioned to illuminate large art, and the custom wooden built-ins, including a bench that serves as a buffer to the open staircase to the studio downstairs, are of poplar.

The foyer’s elegant powder room, whose silver tiles and fixtures — a sparkling silver toilet is the surprise centerpiece — contrast with walnut walls, was the sole decorative province of Ms. Simmons. “That was the one room where I expressed myself,” she said. But artistic touches abound throughout the home, which is set up as a two-bedroom two-bath retreat on the upper level, with a nearly 850-square-foot art studio and additional office space on the lower, along with a half bath and display shelves for books and art objects.

The 24-by-17-foot “children’s wing” at the back of the main level still has its west-facing window but no longer has the sibling-friendly room divider that was in place when Lena, who moved out in 2012, and her younger sister, Grace, who is in her final year of college, shared it and the green-tile bathroom. The sisters and their respective bedrooms figured prominently in “Tiny Furniture.”

“In 2009,” said Ms. Simmons, “Lena asked if she could shoot a movie here, and I said O.K., as long as she didn’t ruin the white floors, and then she asked if her sister and I would be in it.” Ms. Simmons is working on her own first feature film in Cornwall, Conn., where the couple own a former schoolhouse.  She has enlisted Lena for a small role.

“Her movie ‘Tiny Furniture’ was shot in every square inch of our home,” Ms. Simmons recalled. “Carroll moved out for the entire 19-day shoot. It was pretty chaotic, with lots of pizza and coffee and egg sandwiches flying around. I still find bits of gaffers’ tape. And of course the white floors were totally wrecked.”

But the floors were refinished this year, and with Ms. Simmons and Mr. Dunham devoting much of their time to Connecticut, an urban downsizing is imminent. Terry Naini of Town Residential is the listing broker. The furniture, tiny or otherwise, is moving with the sellers. 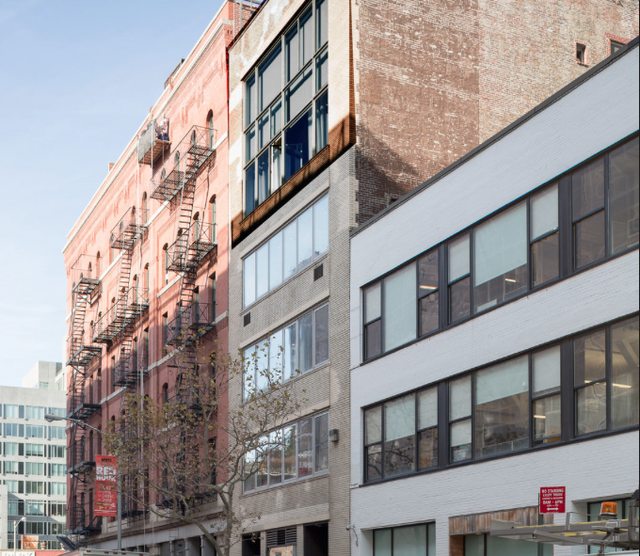 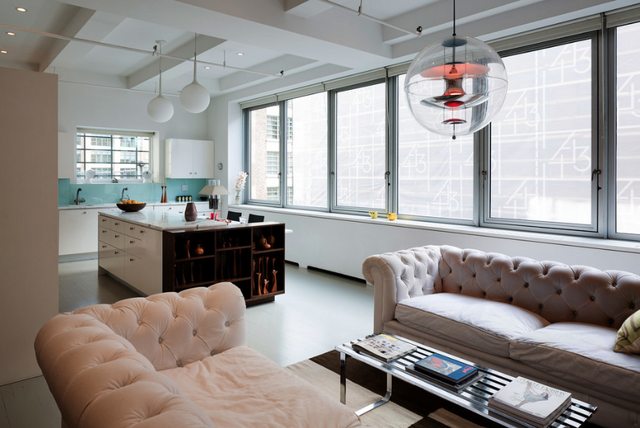 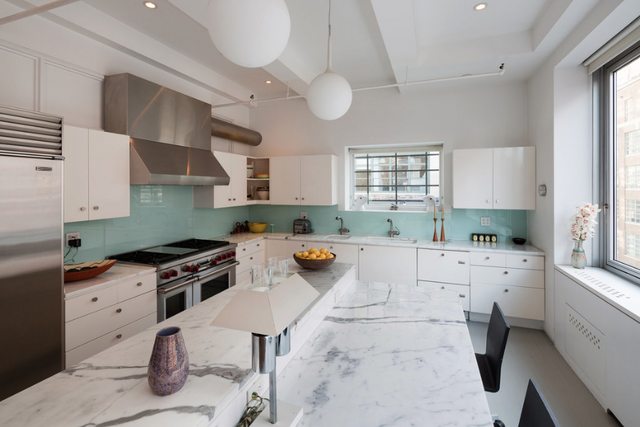 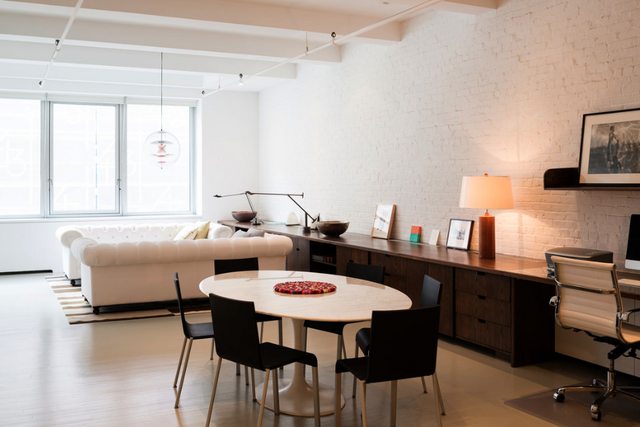 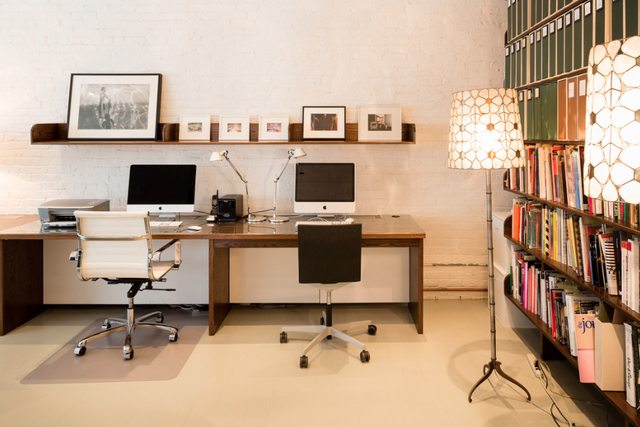 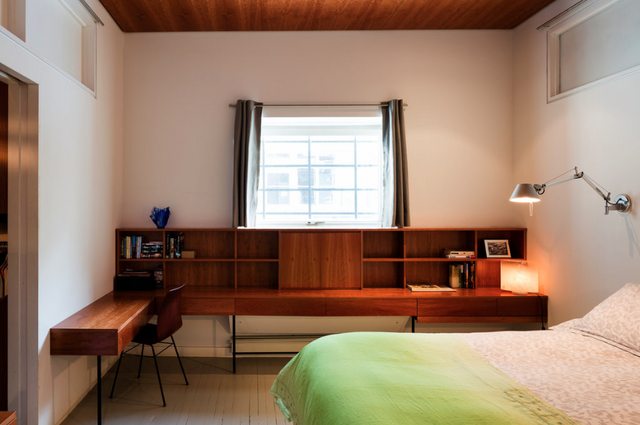 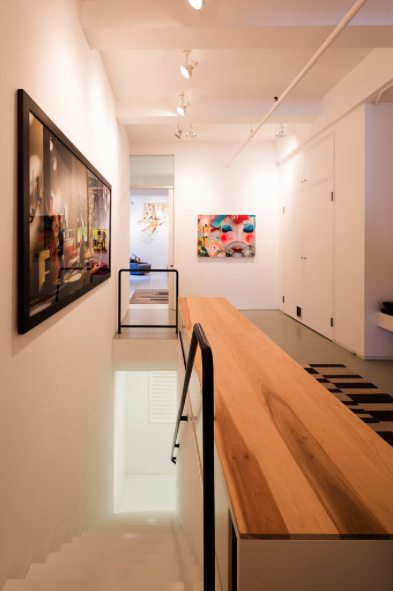 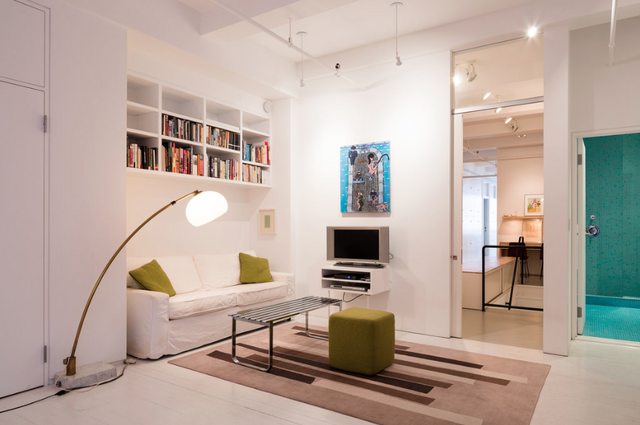 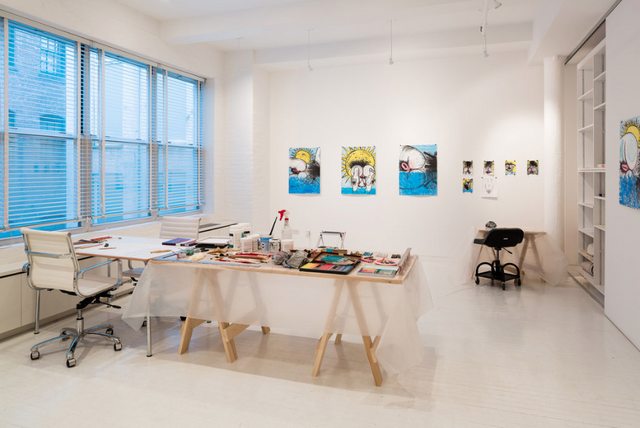 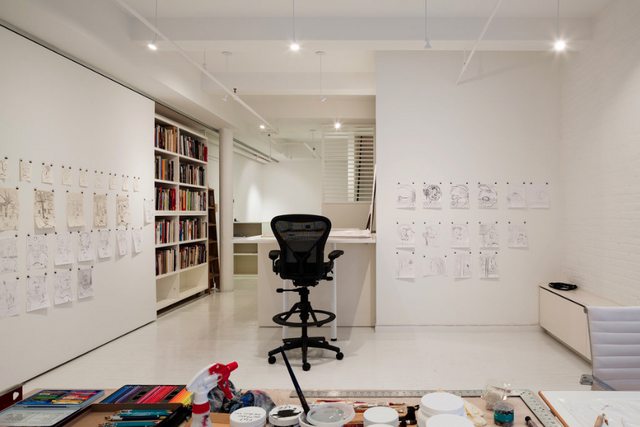 Lena's parents intend to live at their weekend home in Connecticut 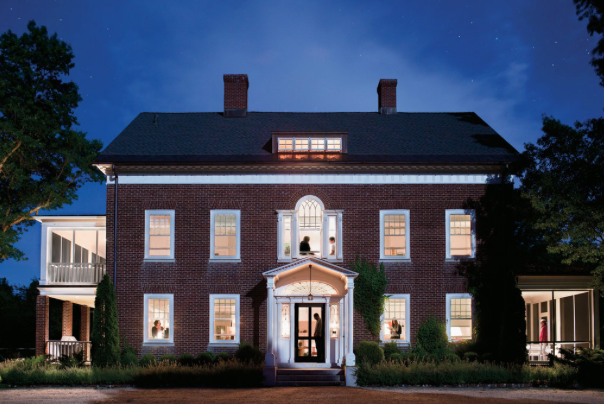 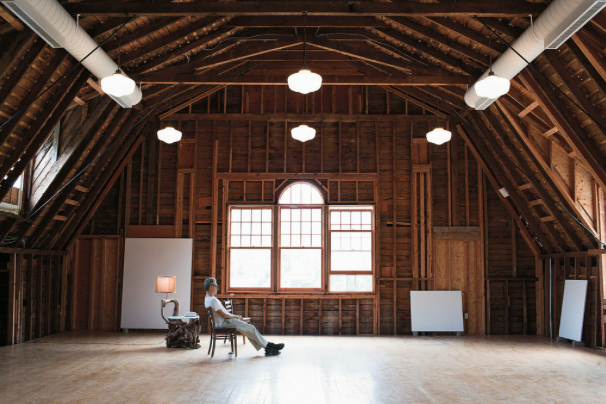 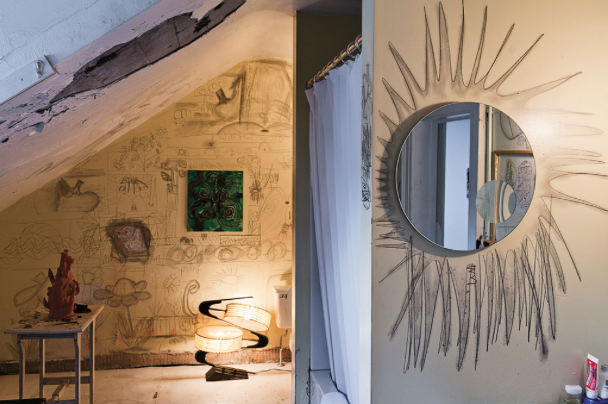 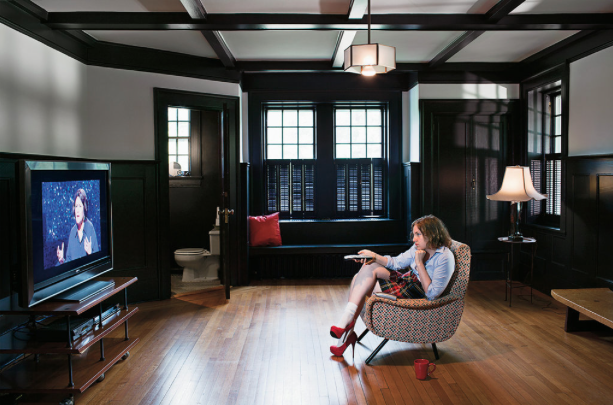 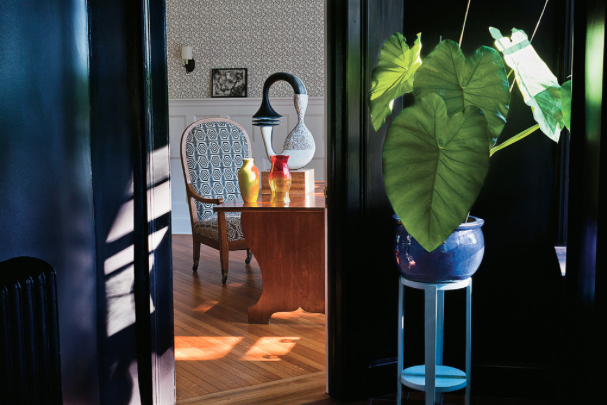 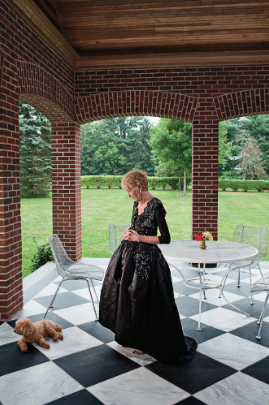 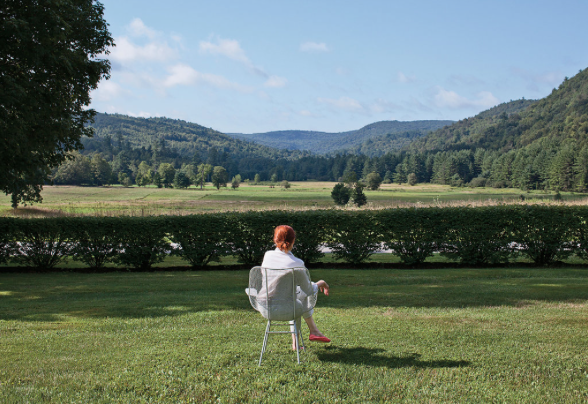 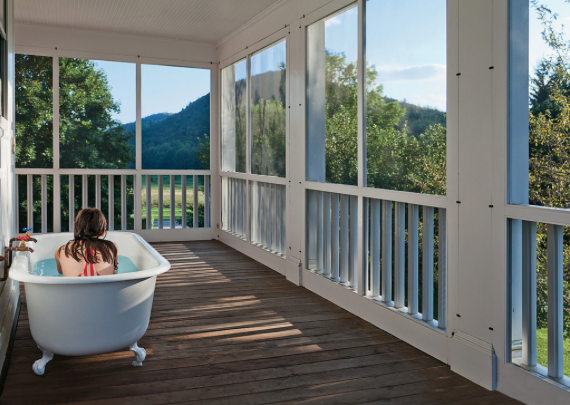 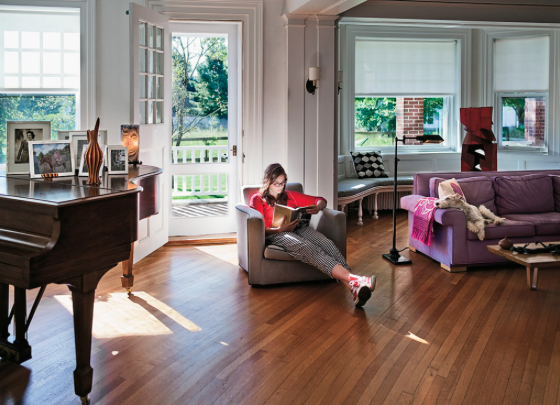 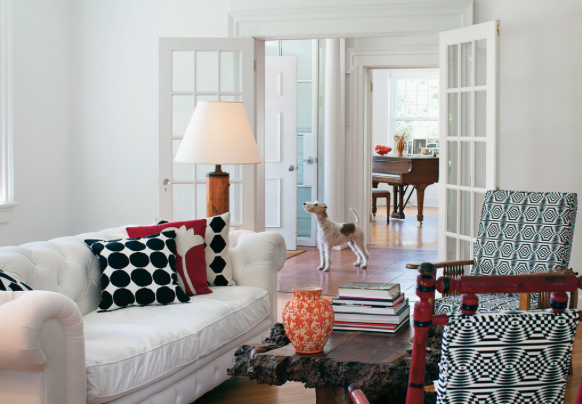