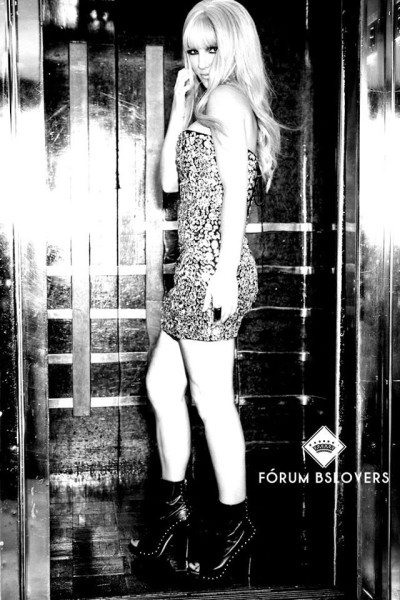 Behind the Scenes: What It Was Like to Interview Britney Spears for the January Issue

I’m the Fashion Features Editor at InStyle and in addition to assigning and editing cover stories and fashion features, I sometimes get to write them. This was the case with Britney, who I have long admired since I was an editor at Teen People in the early 2000s. Here’s a step-by-step account of our interview that didn’t make it into the story:

1. As I walked up the dance rehearsal space, I could hear “Toxic” blaring. It’s one of my personal favorites and immediately took me back to her famous MTV snake performance (um what). If I wasn’t nervous before about interviewing a cultural icon, I was then.

2. I was greeted by a very nice and slight guy who manned the door the whole time I was there. He basically acted as a bouncer, checking people in and out, but didn’t have as hulky or intimidating a presence as I would have thought someone in that role should have.

3. I hung out the lobby for a while waiting, listening to the rehearsal in the neighboring room, but it would get really crowded at times with handlers and business associates. It was also extremely hot in the space. Eventually I migrated to an empty locker room area that was a tad cooler.

4. At one point I saw the show’s producer, Baz Halpin, walk by and I asked to speak with him about the production. He told me about the snow and rain elements of the show and the number of dancers. He’s also worked with Pink and Katy Perry.

5. Shortly after I spoke to Baz and after about three spins of the chorus of Stronger, dancers started pouring out of the back room/rehearsal space. I heard someone mention something about lunch and then, sooner than I thought she appeared. In the midst of the scrum, Britney walked by. Her publicist ushered me into an adjacent office and we shook hands just like you would in a very professional greeting (firm handshake, mutual eye contact, polite pleasantries).

6. I didn’t include the shoes in the write-up of what she wore: totally cute hot pink Nike sneakers.

7. The next few minutes were really hectic as there was a tiny fridge in the office and the dancers were popping in and out to grab their lunches while someone else stood on a chair to affix thick black velvet fabric to the single window in the space (to keep out the lenses). Britney, who had taken a seat across from me, was just chilling. Even though she had obviously just been working out hard (and in that heat), her skin looked flawless.

8. During the interview, she was funny, open, warm, and down to earth. Sure she was guarded about certain topics—relationships—but very open about other topics, like her disdain for how society puts too much pressure on women to look thin. In fact, one of my favorite quotes that didn’t make it in and that I think reflects her matured sense of self and her emerging perspective on the important things in life, is this one: “If you have a point in your life in which you are 15 pounds overweight, it’s okay. It’s really not a big deal in the grand scheme of things.”

Brit also tweeted about Vegas and her E! documentary I Am Britney Jean which premieres on December 22nd!

Just saw the first cut from my documentary. Excited for y’all to see it on Dec 22 on @eonline

Rehearsing on the @phvegas stage for the first time today... Y'all. It's omg amazing. http://t.co/drq3IlOwop 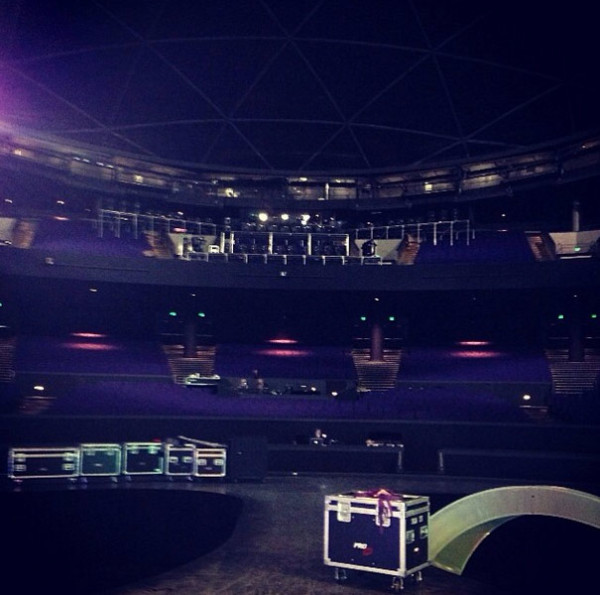 I would love to hear Brit talk about the industry and all its pressures...I think she knows a lot more than what people give her credit for