One Direction wave to their fans from a balcony 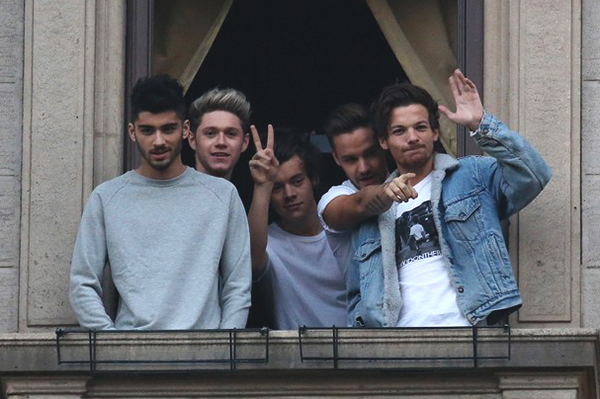 One Direction wave to their fans from a balcony at the Principe di Savoia hotel on Thursday afternoon (December 12) in Milan, Italy.
The guys — Harry Styles, Liam Payne, Zayn Malik, Louis Tomlinson, and Niall Horan — got fans riled up and snapped pics from their phones of the huge crowd waiting across the street.
“Milan is nuts today! u guys don’t mess around do u?” Niall tweeted.

He added later on, after getting stuck in a lift, “Needed a few minutes to myself ! 8 of us got stuck in a tiny lift ! Well I was freakin out! My heart is still thumping now! That wasn’t fun! Claustrophobia is a terrible thing! and people tellin ya t calm down is worse hahha.” 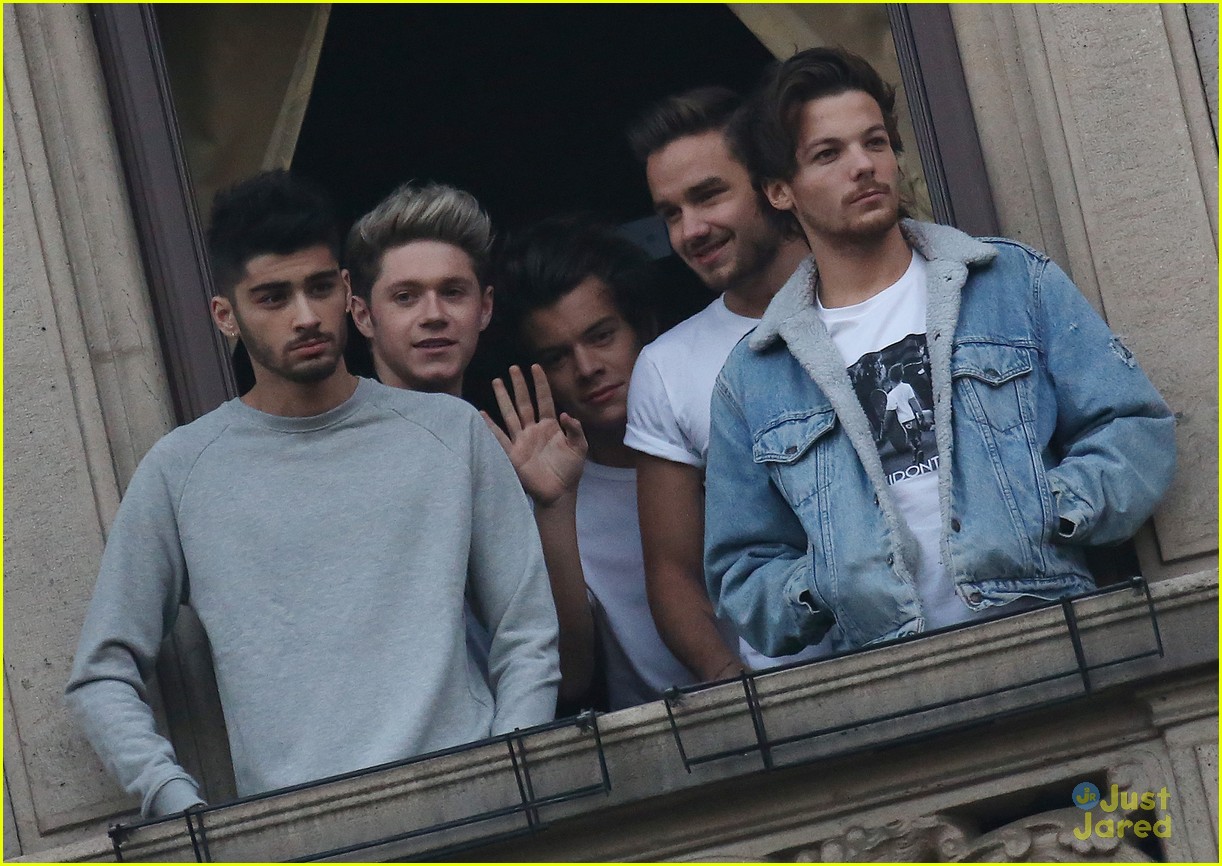 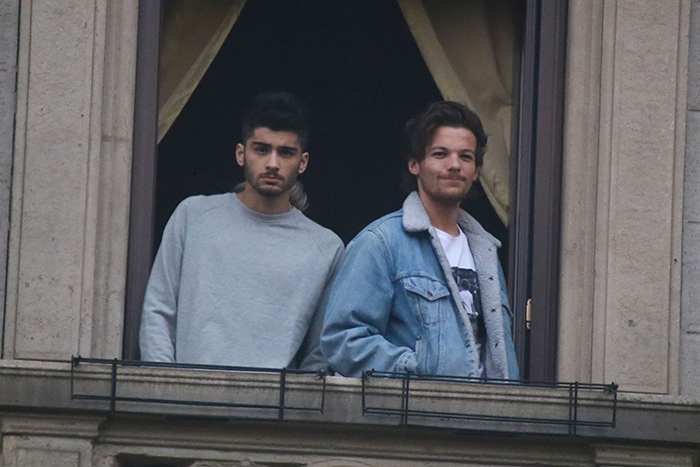 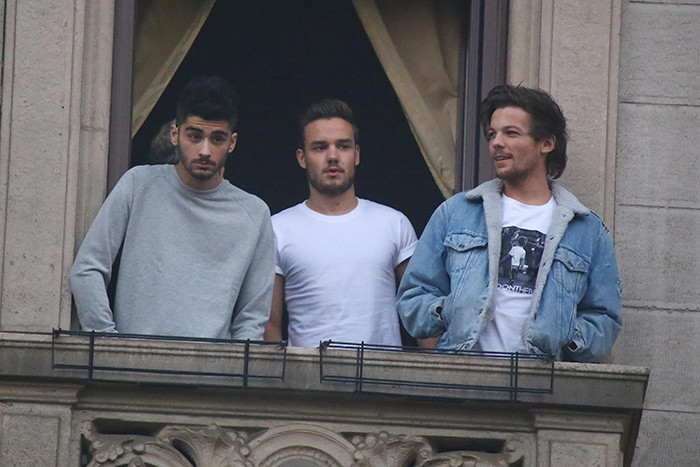 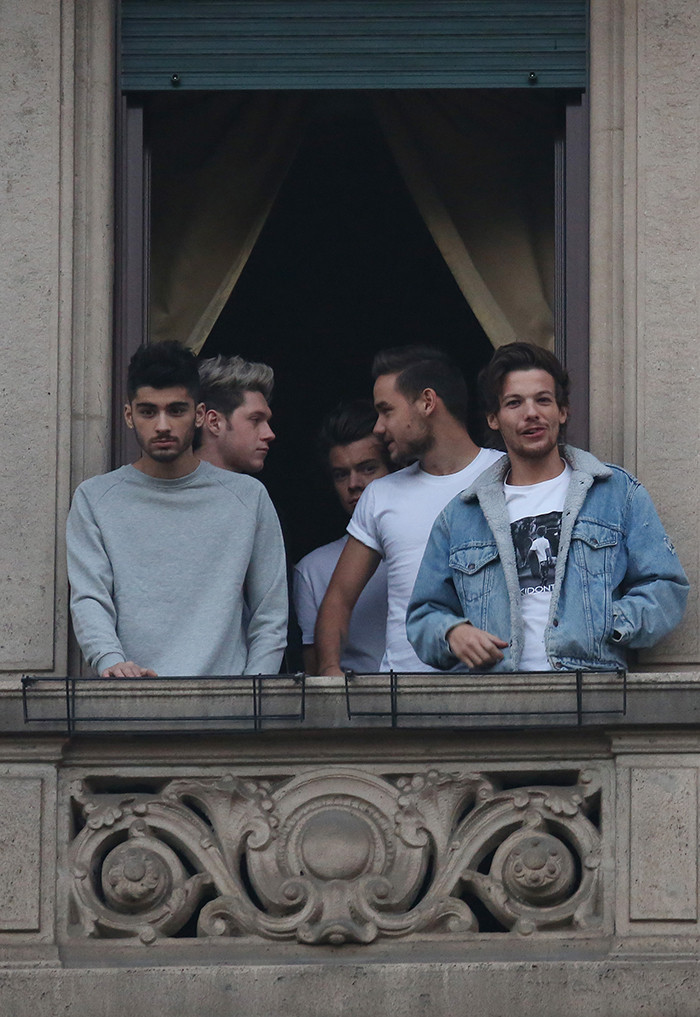 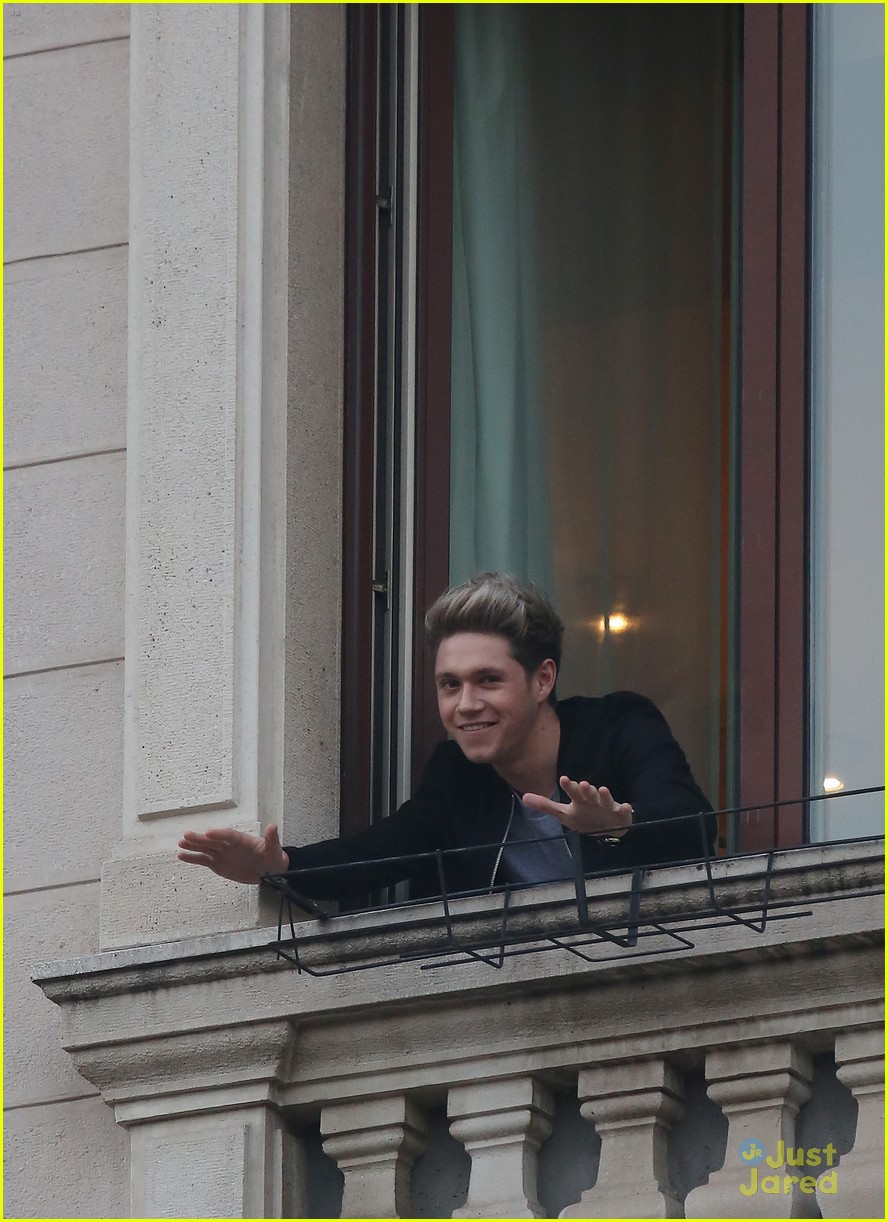 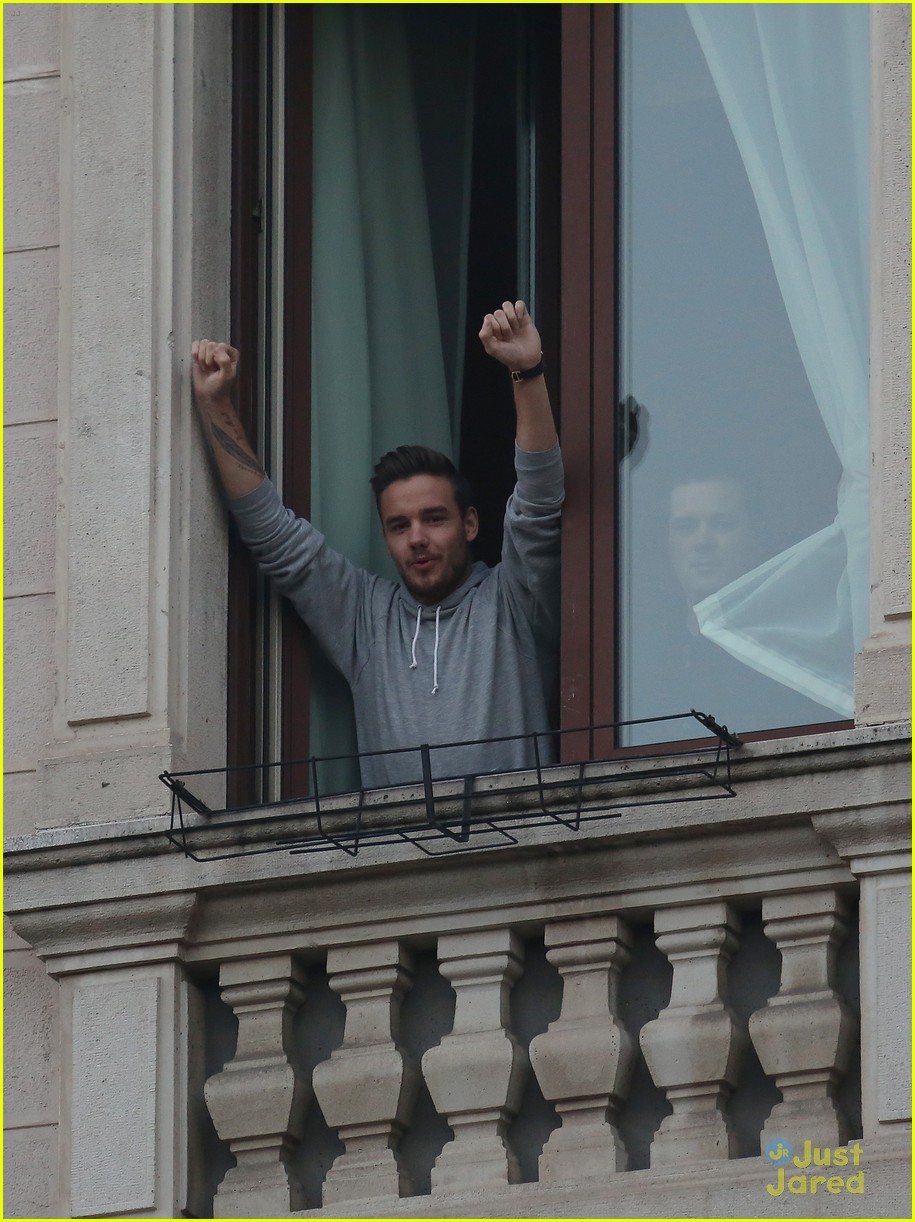 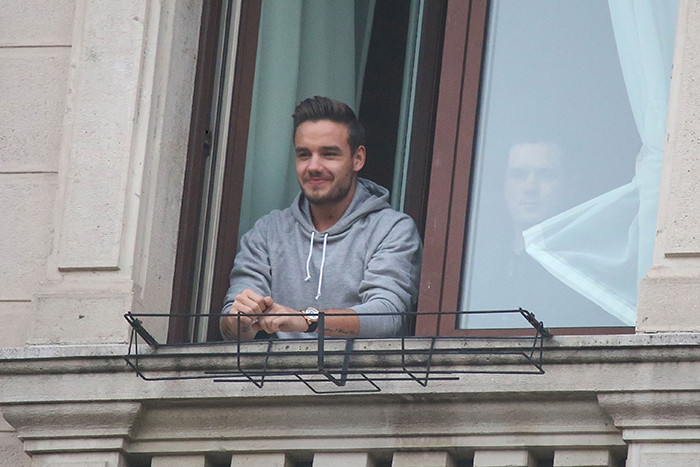 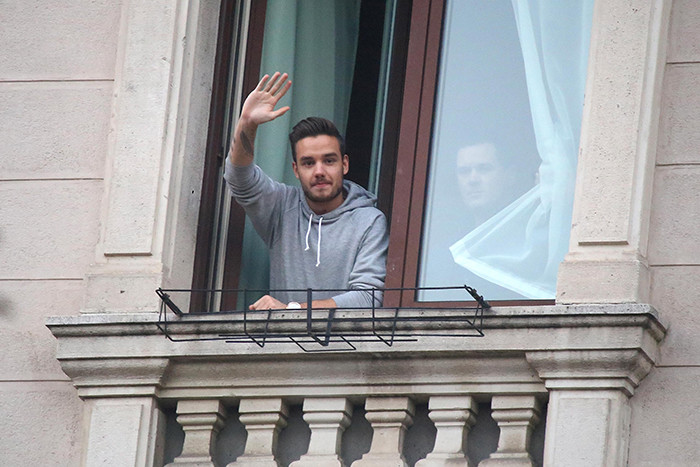 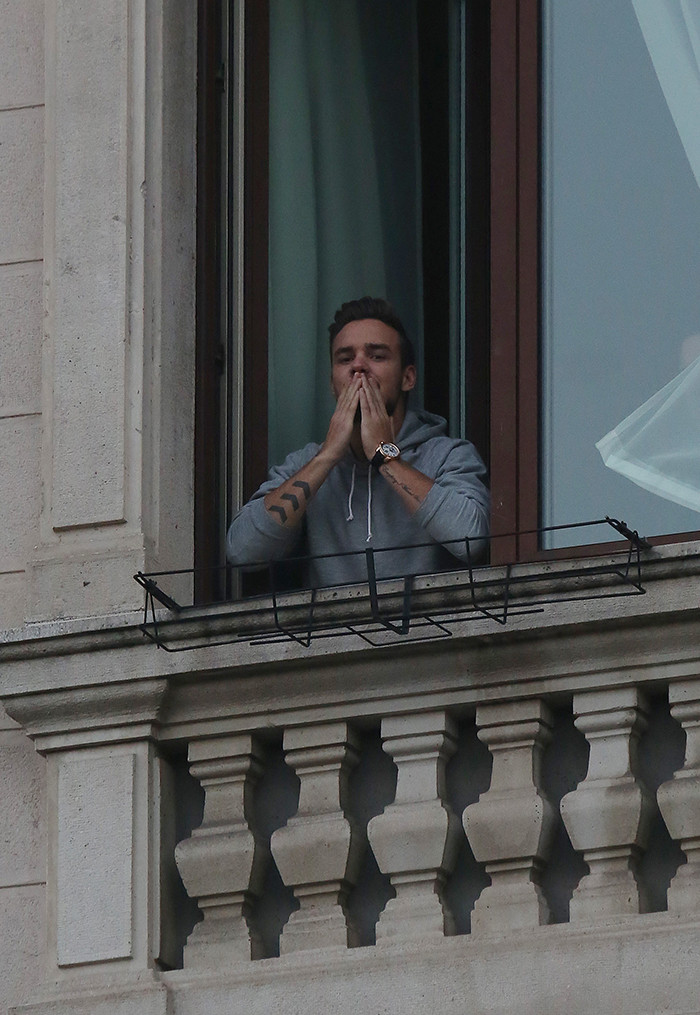 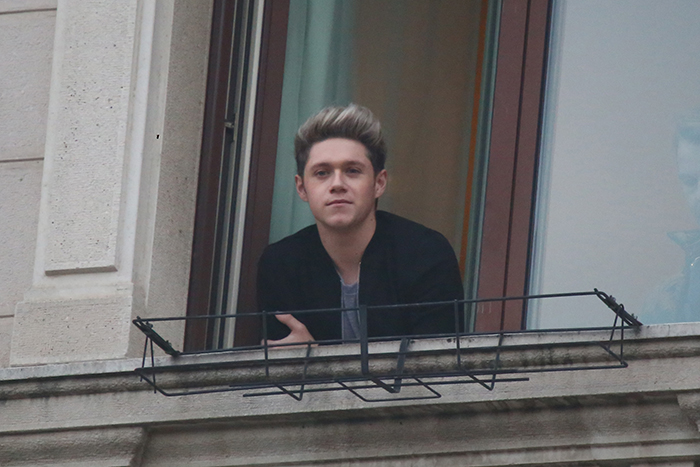 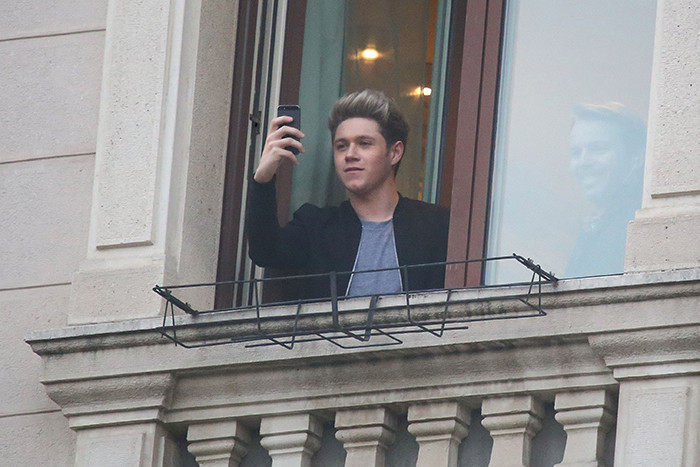 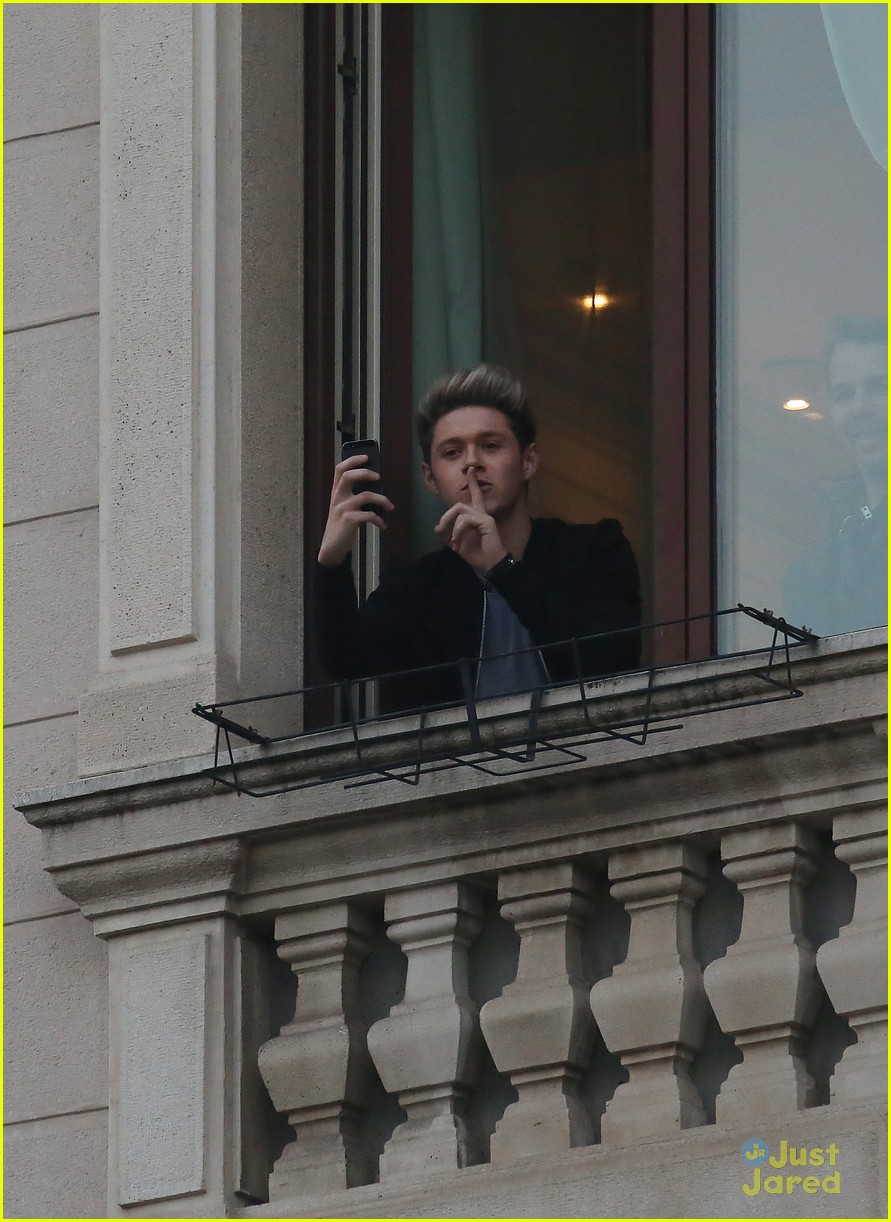 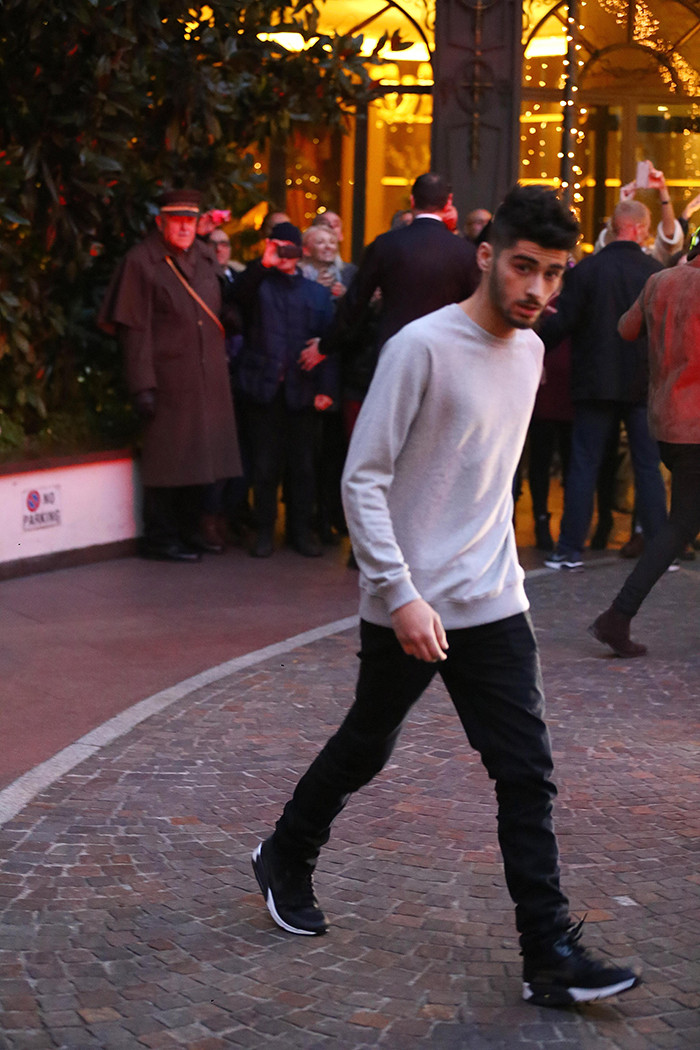 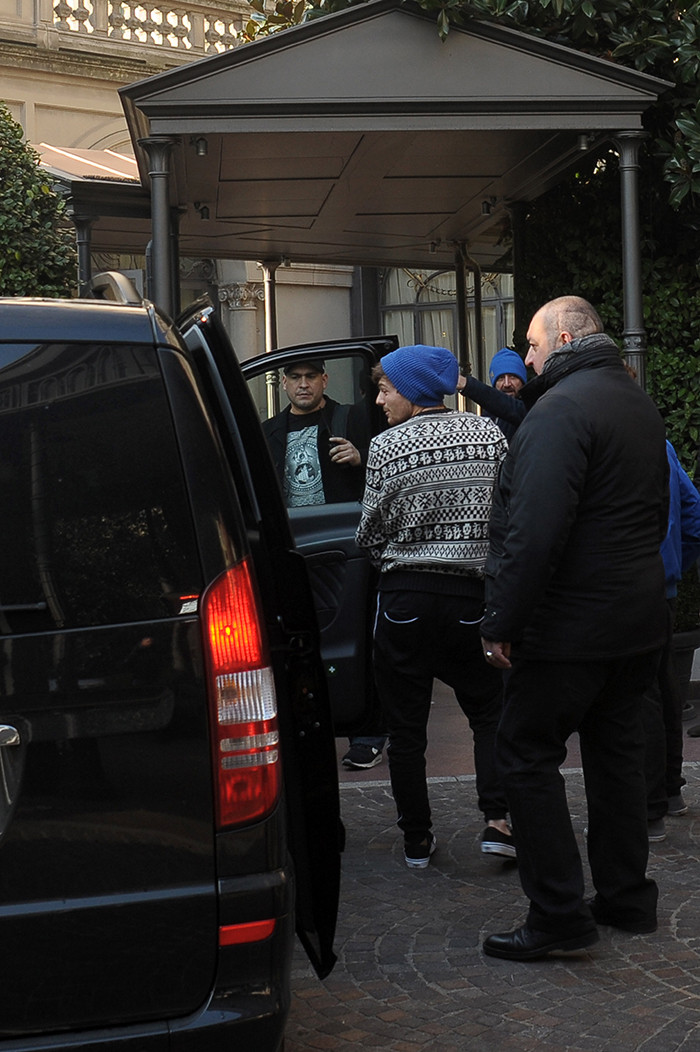 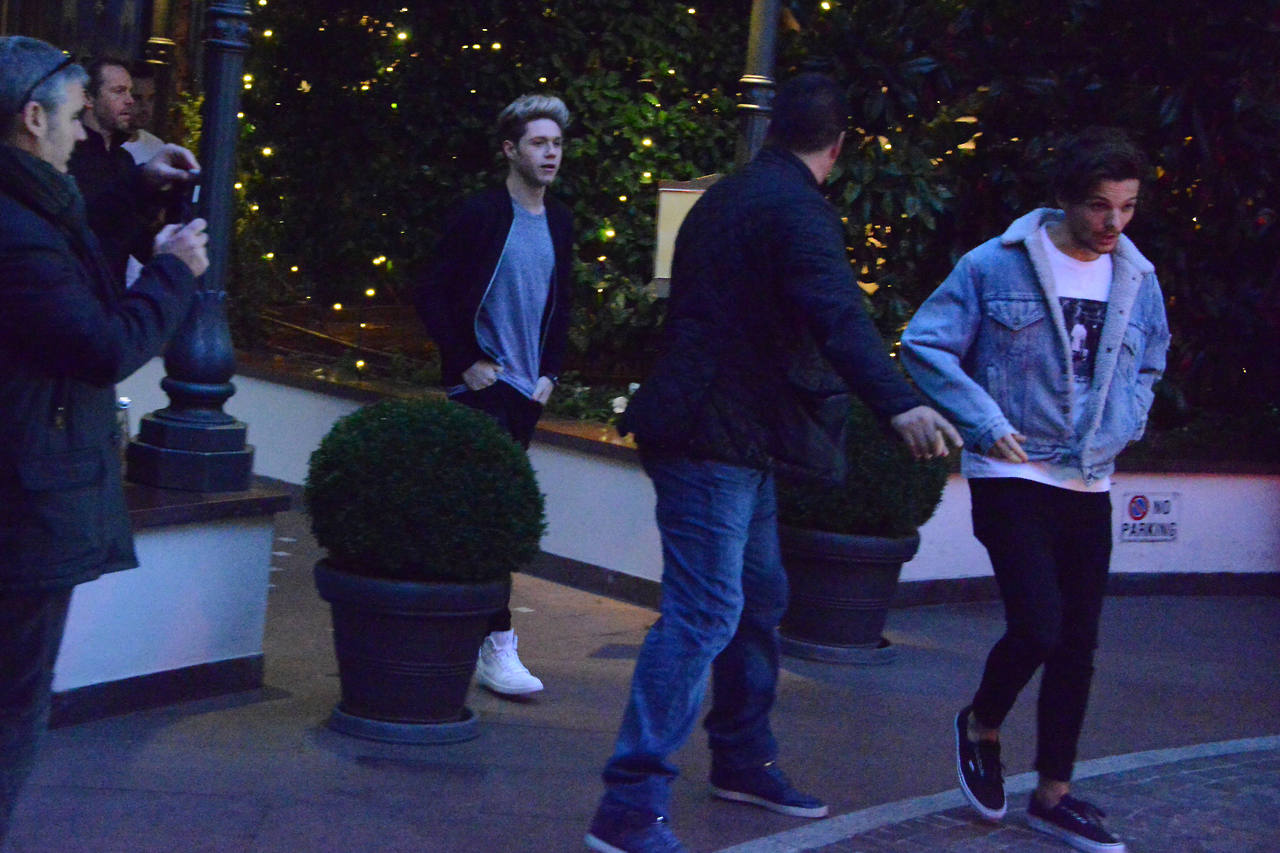 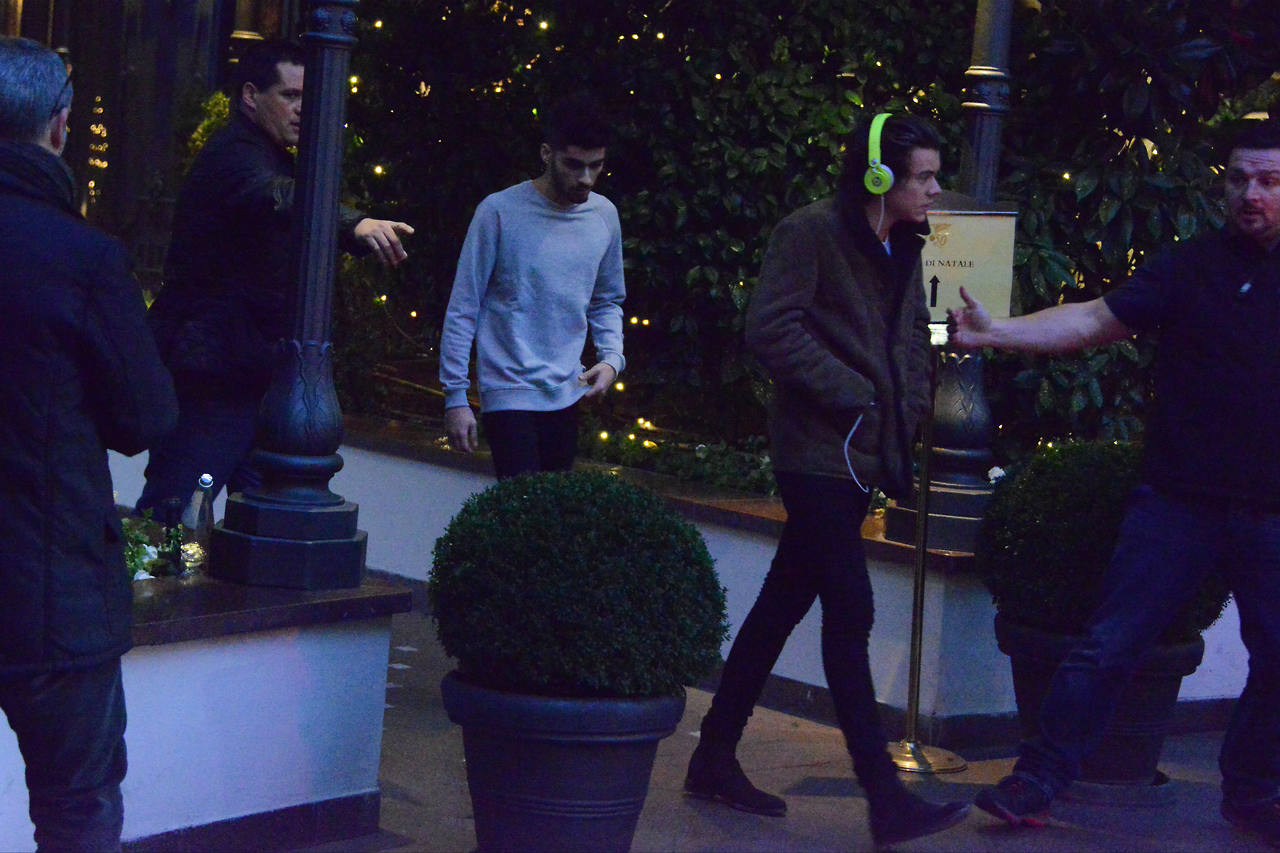