All I had to give was the guilt for dreaming (

We’ve been fascinated with witches since even before Shakespeare put three of them in Macbeth, but it seems these days anything with a supernatural slant will catch our attention, which makes the current season of American Horror Story: Coven a welcome stop in the AHS train of crazy. 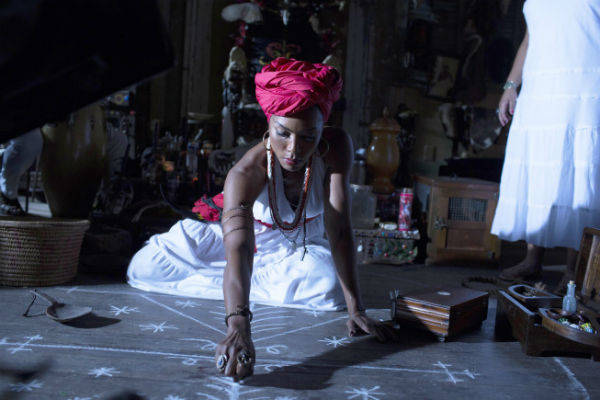 In Coven, we focus on a New Orleans school for witches but with the voodoo rivals ever present, things are much more exciting than just reading textbooks and studying for tests. As expected, Coven, created by Ryan Murphy and Brad Falchuk, has brought the shocking, the weird, the grotesque as well as jaw-dropping performances by some of the best actors out there today.

And did we forget to mention songstress Stevie Nicks?

Is AHS making the best use of its glorious cast? We talked to some top TV critics who weighed in on this third season of AHS to see if it’s falling behind, surpassing or breaking even with the previous two seasons (Murder House and Asylum). This time around we have Scott Huver, LA Film & TV Correspondent, NBC National Entertainment), Elaine Atwell (contributor for our sister site, AfterEllen), Liane Bonin Starr (Senior Editor, HitFix.com) and TheBacklot’s own Brian Juergens, who brings his wit to TheBacklot’s weekly American Horror Story recaps. 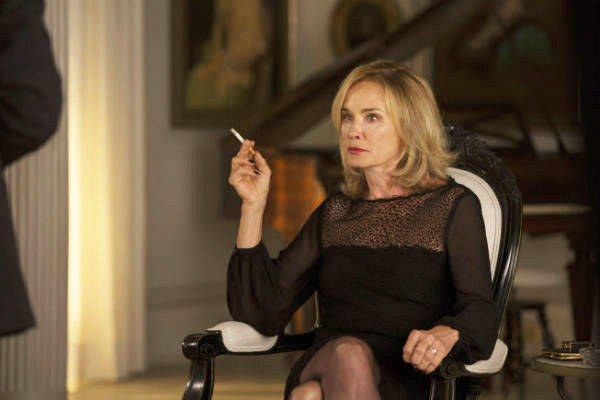 Compared to the previous two seasons, how does Coven compare??

Scott Huver: Opposed to other seasons, Coven has taken more time when it comes to revealing the bigger picture at play – and that’s largely been a good thing. Ryan Murphy and company seem to be having a blast creating ripe scenarios for this season’s excellent ensemble to dig into, and only now have the plot threads started to really come together to suggest the larger storyline tapestry. It’s been unraveling at a more deliberate pace than before, with lots of juicy side-roads being explored along the way. It does lack a bit of the pathos of Season One and the engrossing narrative of Season Two, but it’s still an entertaining beast on its own.

Liane Bonin Starr: While each season stands alone, at this point in the series we’re starting to see that certain ideas and themes are being repeated, if not flogged to death — and for that reason, I think Coven doesn’t quite measure up to season one or two. There’s still time left in the season, however, so there’s a chance that a bang-up finale will change my mind. But on an over-the-top show like this one, a “been there, done that” reaction is deadly.

Brian Juergens: Comparing seasons of AHS is like comparing Baldwin brothers – you’re really just dealing with different shades of the same genetic lunacy. (And they’re all dreamy!) But I think that this season’s lighter tone and fashion-mag aesthetic are a nice contrast to Asylum’s bullet-train into darkness and Murder House’s claustrophobic puzzlebox approach. Coven‘s not remotely scary or even creepy (which both prior seasons managed to deliver every now and again), but it’s having so much fun throwing everything it can at us that it’s hard not to get swept up in its enthusiasm. Plus, minotaur sex.

Elaine Atwell: Okay, confession: I have only seen a few episodes of season one, because I found it too scary. I mean that as a compliment; Murder House tapped into some disturbing and potent themes. Just, you know, too potent for me. Asylum was the first season I wrote about, and with the exception of a few episodes, I thought it was a disaster. It suffered from a lot of the problems that plague Glee: wildly inconsistent characters, dozens of unconnected and never resolved plot threads, and a willfully offensive attitude about subjects that require some sensitivity. So far, Coven falls somewhere in the middle. I don’t dread watching it out of terror, but I don’t dread watching it out of a certainty that it will be drearily awful either. AHS Coven: I Don’t Dread Watching It. 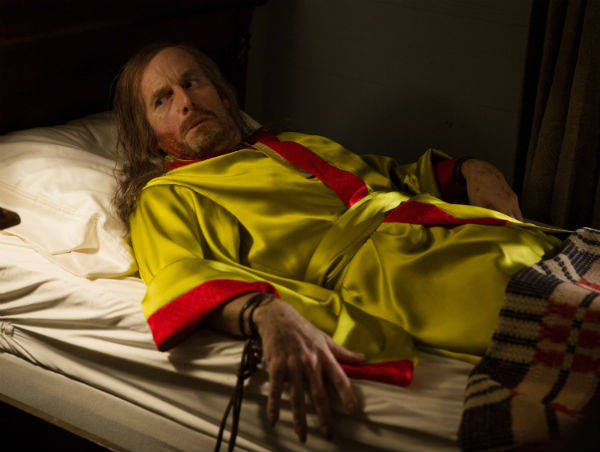 Which Jessica Lange character over the show’s three seasons is your favorite and why?

Scott Huver: DO NOT MAKE ME PICK!

Liane Bonin Starr: I loved her Sister Jude in Asylum. As the troubled sister, Lange was given lengthy monologues, a deep conflict about possibly having killed a child in a hit and run, and, really, many of the best scenes in the season. That she eventually ended up humbled as an addled patient in the institution she had once run was a great arc, and of course Lange ran with it.

Brian Juergens: I would have to say Constance [in Murder House]. Yes, she had great one-liners and seethed camp nastiness at a pitch that television hadn’t seen in ages. But she was also the architect of her own hell on earth, stashing all her dead kids in the Harmon house like that and then kidnapping the antichrist. She was colossally screwed up but she never stopped trying to get motherhood right, bless her rotten little heart. I think she’s the most complex and satisfying of the three.

Elaine Atwell: My adoration of Jessica Lange knows no bounds, and I have enjoyed all her incarnations. However, as a lesbian, I feel obligated to say that my favorite character is likely to be the “Marlene Dietrich” figure she is set to play next season, because: tuxedo.

STREAM IT HERE (I'll add more if anyone posts them)