Why did Britney Jean flop? 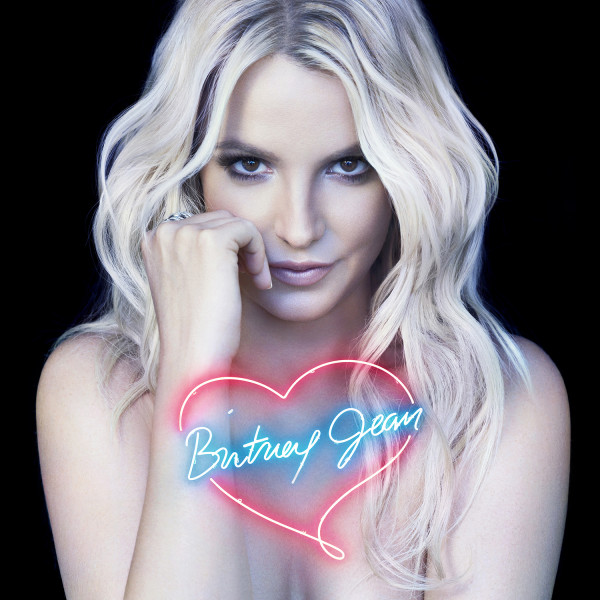 There's just no getting around it, Britney Spears' latest, Britney Jean has failed to launch. The singer's eighth studio album hit the Billboard 200 album charts with a whisper this week, landing  at an all-time-low #4 with the softest first-week numbers in Spears' career at 107,000 copies, according to figures provided by Nielsen SoundScan.
That marks only the second time Britney has not shot straight to #1 and it bests her previous first week low, set in 1999 by her debut, ...Baby One More Time, which moved 121,000.
So, what happened? MTV News spoke to some experts to dissect why Spears' loyal fans sat on their hands during week one.
"There are a couple of things here that are out of her control," said Jeff Rabhan, chairman of the Clive Davis Institute of Recorded Music at New York University and former manager for artists ranging from Kelly Clarkson to Jennifer Lopez. "There's such a glut of female pop stars right now with Lady Gaga, Katy Perry, Miley Cyrus and Rihanna and pop radio is dominated by solo female artists, which is has been for several years. Culturally, people are getting a bit tired of it and they're looking for other stars."
But perhaps the bigger problem for Spears, 32, he said, is that after nearly 15 years in the spotlight, her audience is not necessarily one that has grown with her, and, perhaps, has moved on to other music, if they're buying music at all. "Who is her demographic now? It's very hard to say," Rabhan said. But, in an age where MTV's Artist of the Year , Miley Cyrus, mostly M.IA , has set the new standard for tireless promotion, it also didn't help that Spears was mostly M.IA. before the album came out. "Except for some morning show appearances, she just hasn't been that visible," said Rabhan, noting that shows like "Ellen" and "Good Morning America" appeal to a demo that is probably outside Spears' sweet spot.
"[Back in the day] nobody would promote like she would," he said of Spears' early career, likening her stamina to that of Beyoncé's legendary PR fortitude. "But if Britney's not out there, people will not be paying attention. Career-wise she's in a different place where she's more reliant on promotion to make noise and she just didn't do that."
Part of the reason could be that Spears, a working mother of two young boys, is in intense rehearsals for the upcoming opening of her two-year Las Vegas residency and just might not be in the mood to do six weeks of intense late show and radio promo. "She's making a s----ton of money from that residency, so her model has changed," he said of Spears' reportedly multi-million dollar payday.
A simpler factor is that the album's first single, "Work Bitch," just didn't seem to connect at radio or retail, according to Entertainment Weekly music writer Kyle Anderson. "It didn't help that even hardcore Britney apologists were just okay with [the song]," said Anderson of the track that failed to hit the top 10.
"You kind of live and die by the first single and people decided early on that the album wouldn't work if that was the first single." Spears might get a second shot with the just-released "Perfume,"  which Anderson said was a much stronger candidate. You can't really blame her for gearing most of the promotion toward the Vegas show, he said, noting that the money is in Sin City now and that her long timeline of paydays with her residency is more reliable than the shakier album sales model. Timing might also be a factor. After the herculean promo push for Gaga's ARTPOP and the equally strong efforts from Perry and Cyrus, it's possible that Britney's bid just came too late in the season. "We already got these full-court presses from [those three women] and Britney's was not nearly as large as any of them and it came at the very end of the year. It may just be de facto diva exhaustion."
Rabhan said he's not so sure Britney's team didn't know going in that Jean was not the kind of hit machine she's produced in the past and he suspects radio was not a huge part of their plan to begin with. "They probably figured they'd make their money [on the residency] and use the record to get people to Vegas," he said. "It's like Celine Dion or Elton John, you get your fans to come to you and use the record as a business card to get people in the door."
Either way, both said what's indisputable is that Spears is one of the leading heritage artists of her generation and even if album sales don't reach their previous highs there will always be people willing to pay money to have Britney hit them one more time.

Why did Britney Jean flop ONTD? Did it ever stand a chance?