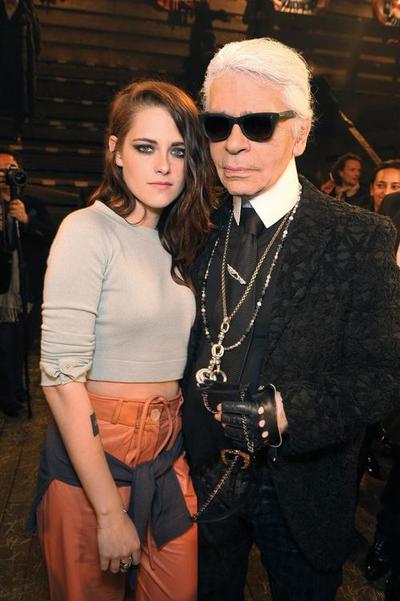 Kristen Stewart will be the new face of Chanel‘s upcoming campaign of the 2013/14 Métiers d’Art Paris-Dallas collection, JustJared.com can confirm. The 23-year-old actress was on hand to help debut the collection during a show held in Dallas on Tuesday (December 10). Kristen‘s campaign will be shot by designer Karl Lagerfeld and it is expected to be released sometime in 2014. She first met him at a photo shoot in Paris where she was photographed in Chanel Haute Couture. The first time that Kristen wore Chanel for a public appearance was at the Toronto Film Festival in 2007 and she has done so on several occasions since, including the Met Ball in 2010 and at the Chanel Haute Couture fashion show in July 2013.