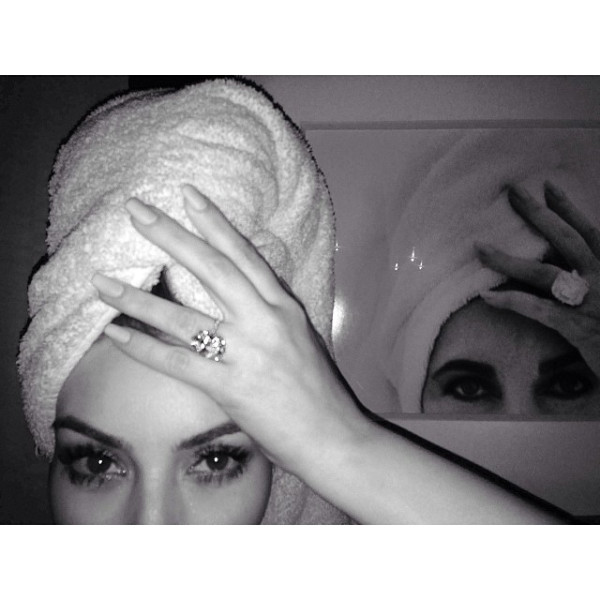 We all have our idols and Elizabeth Taylor is Kim Kardashian's.

It's amusing to think that in a world where consumers are able to purchase Kardashian's own clothing, makeup, and perfume lines in attempt to recreate her own style, the 33-year-old reality star would like nothing more than to be as glamourous as the late legendary actress.

On Tuesday (Dec. 10) Kardashian posted a photo of herself wearing a white towel wrapped around her head, while flashing her huge engagement ring, to her Instagram account. The star was standing next to a vintage photo of Taylor posing in a similar fashion, which was taken by photographer Herb Ritts in Malibu in 1991, according to the Daily Mail. Kardashian captioned the photo "#MyIdol" along with an emoticon of a sparkling ring.

Kardashian has never been shy about her fascination with Taylor, who died in March 2011 at the age of 79. Fortunately for the reality star, she was able to do more than just meet the actress before her passing, she actually interviewed her for Harper's Bazaar a month prior to Taylor's death. Kardashian, in fact, asked the legendary screen star for some advice on how to be more like her:

"You are my idol. But I'm six husbands and some big jewels behind. What should I do?"