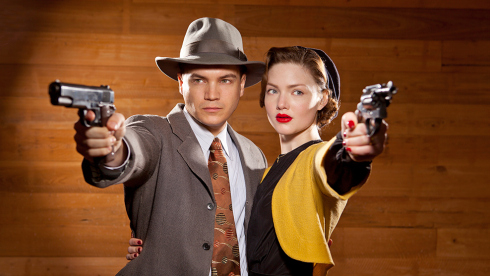 Miniseries “Bonnie and Clyde” averaged 9.8 million viewers in its Sunday debut as a simulcast on A&E, History and Lifetime.

A+E said the first half of the four-hour mini, which concludes tonight, brought in 4.2 million viewers in the adults 25-54 demographic.
According to A+E, History had the largest aud with 3.7 million viewers. Lifetime brought in 3.1 million while A&E was right behind at 3 million. Those are solid, if not spectacular, numbers for the cablers.
A+E emphasized that “Bonnie and Clyde” marked the largest opening for a cable mini behind History’s “The Bible” and “Hatfields & McCoys.” However, those minis were not simulcast across multiple nets.
“Bonnie and Clyde” marks another win for producers Craig Zadan and Neil Meron, who last week shepherded NBC’s “The Sound of Music Live” to boffo numbers.