ITV has given fans of Downton Abbey a glimpse of this year’s Christmas special, revealing Lady Rose dancing with the Prince of Wales and maid Anna finally smiling again.

Viewers of the period drama were left reeling last series after lady’s maid Anna was raped by a visiting valet, with her marriage to Bates thrown into jeopardy.

But new scenes released by this year’s Christmas special show the couple finally happy again, while on holiday at the seaside with their downstairs colleagues.

The feature-length episode, scheduled to be broadcast at 8.30pm on Christmas Day, will see the impetuous Lady Rose finally being presented to society, with a debutante ball at Buckingham Palace.

Introduced in a silk ball gown, she will be seen dancing with the Prince of Wales, played by Oliver Dimsdale, while Guy Williams’ King George V looks on.

Lady Mary, who last series spurned the advances of two possible suitors, will continue in her dilemma, with newly released pictures showing her deep in conversation with Charles Blake, played by Julian Ovenden. 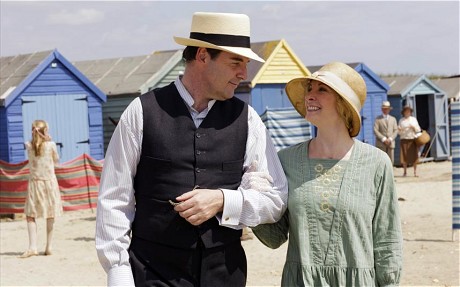 FOR THE LOVE OF GOD TROLLOWES! JUST KILL THIS BITCH ALREADY! (Bates, not Anna)

New cast member Paul Giamatti will make his Downton debut, as the “playboy uncle” with an eye for the ladies. Other new characters include with Lord Aysgarth, played by James Fox, and his daughter Madeline, played by Poppy Drayton.

While the footage gives some clues to the Christmas storylines, viewers desperate to learn how Lady Edith has coped with her unplanned pregnancy will be forced to wait a little longer, with ITV keeping footage of her scenes largely under wraps. 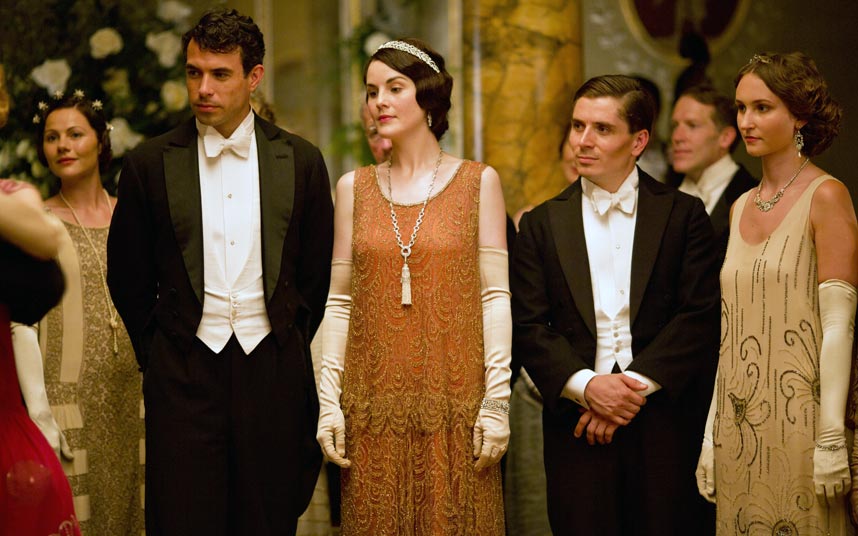 Gillingham is hot but has the personality of a damp floorboard, l b r I'm on the Mary/Blake ship, tbh.
The two-hour-long episode was filmed in locations in London and the south of England including Lancaster House, which was used to depict the interiors of Buckingham Palace, Goldsmith’s College.
Source