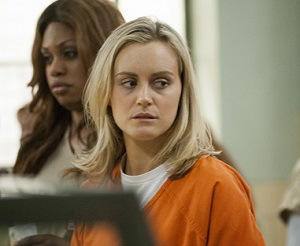 Nominations for the 2014 Writers Guild Awards were announced Thursday, and AMC’s Breaking Bad and Netflix’s Orange is the New Black (which entered as a comedy) led with four nods apiece.

DAYTIME DRAMA
Days of Our Lives,
General Hospital
The Young and the Restless