One month until Community comes back! 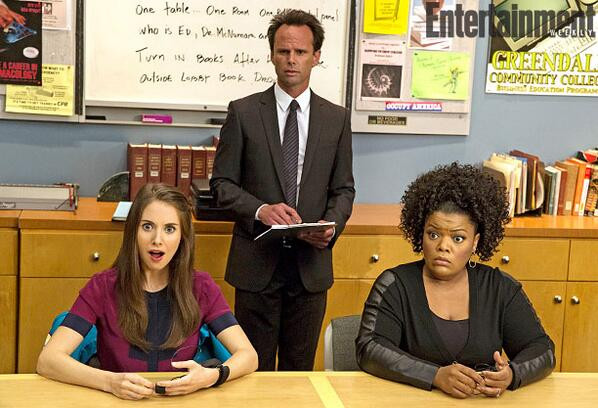 Oh, Boyd! Justified‘s Walton Goggins is headed to Greendale! Goggins will guest-star on the Jan. 16 episode of Community as Mr. Stone, an investigator with a connection to Pierce (ex-cast member Chevy Chase) who administers a lie-detector test to the study group. “I come with scathing criticism and an offer that even Boyd Crowder couldn’t refuse,” he says. “It’s really an opportunity for this group of characters that we’ve all grown to love to really look at themselves and to take a moment to reflect on who they are in this world. I don’t think people will view this show the same way afterward — because of the things that are said and because of what the characters say about themselves. And it does it in a way that only Community can do. It does it with biting humor and a real understanding of smart people understanding themselves. And it’s very touching in the way that it wraps up without telling you how it all unfolds.”
What can viewers expect from Mr. Stone? “It’s all in the name, isn’t it?” says Goggins with a chuckle. “But I wouldn’t be surprised if that Stone cracks open at some point during the episode in a way that was surprising to me when I read it and even more surprising to me when we did it. I’ll leave that caveat unexplained.”

He will, however, explain why he decided to try his hand at a half-hour comedy. In addition to being a Community fan, “I’m always looking to not only challenge myself, but to put myself in situations where I’m not just intimidated but outright insecure,” says Goggins. “I felt that way about Venus Van Dam on Sons of Anarchy, and I felt that way about Boyd. I felt that way about Shane [from The Shield], to be quite honest with you. … God knows I fell in love with [playing straight comedy], and I sure would like to do it again.” Are there any other shows that he has his eye on? “An interesting pairing for me would be Boyd Crowder on The Big Bang Theory,” he says. “He’s just as smart as those fellows, but he brings something different to the table.” Leonard and Sheldon, consider yourself warned.

Community returns to NBC for its fifth season on Jan. 2. 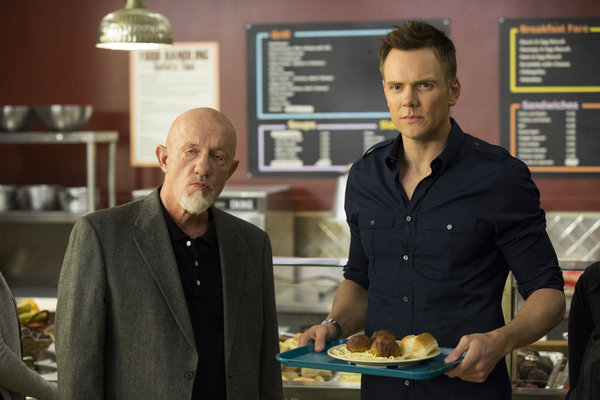 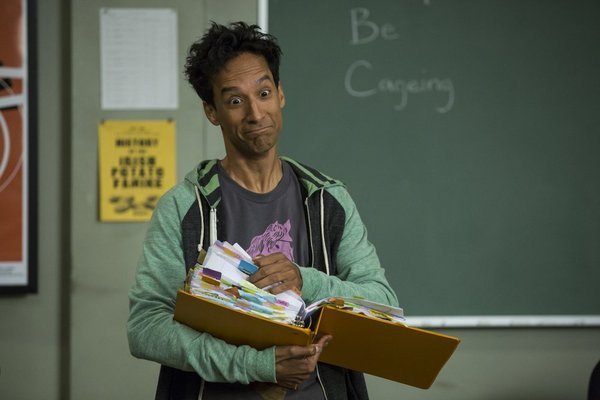