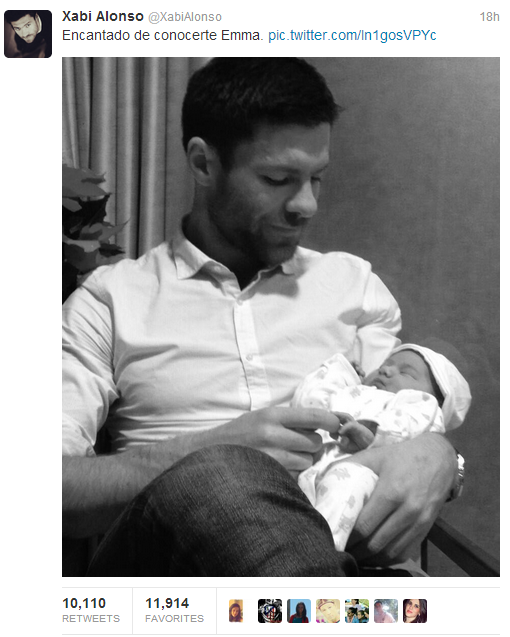 Xabi Alonso and his wife Nagore Aramburu have announced the birth of their third child with a lovely Instagram picture. Emma, as they have named her, was born after a long wait and her mother wanted to share that sweet moment using her profile in this social network. 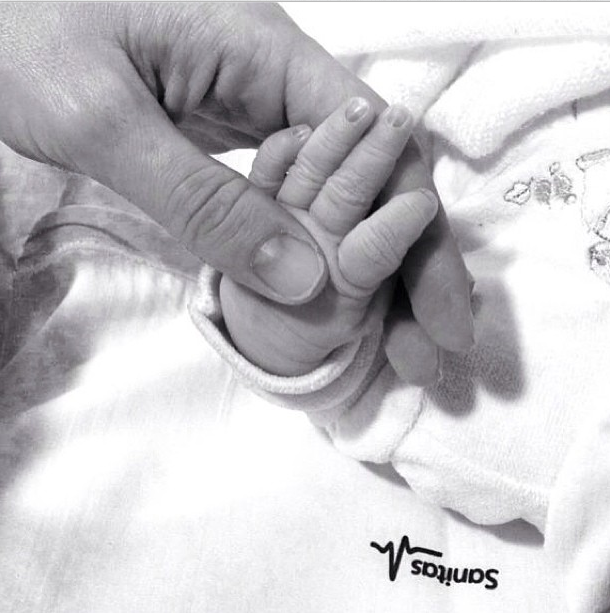 The picture that shows the little baby’s hand, was accompanied by the message “Emma is already with us. #Happyfamily.” The couple shared this way their happiness over their third kid. Alonso and Aramburu already had a five-year-old boy named Jon and a three-year-old girl named Ane. Both the mother and the baby are perfectly healthy, the couple have revealed.
Xabi Alonso and Nagore started their relationship in 2003 and got married six years later, at the same time the footballer joined Real Madrid. They announced Aramburu’s latest pregnancy last August 12th, coinciding with Alonso’s wife’s birthday.
The birth of his new child coincides with one of the Basque’s sweetest moments at Real Madrid, since Alonso is putting in some of his best performances as Los Blancos player lately.
Alonso’s fatherhood is the just the start of Real Madrid’s baby boom, which will continue with Sergio Ramos, Iker Casillas and Pepe becoming parents. Rumours have said Karim Benzema will become a father as well, but this hasn’t been confirmed by the Frenchman, whose latest reported relationship was an affair with a transsexual prostitute.