Rumors of a New Doctor Who Companion Surface 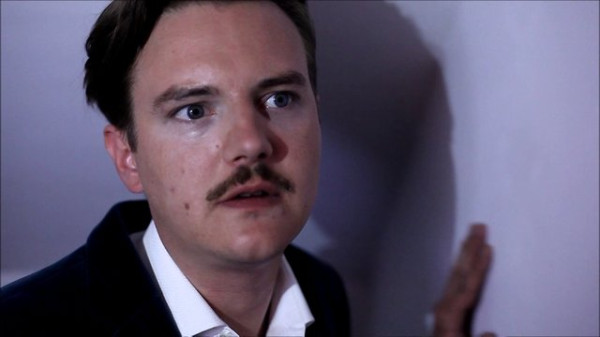 We met a few new characters in the Doctor Who anniversary special, “The Day of the Doctor.” Might one of them be showing up in the future? Perhaps even as a new companion?

This is the first I’ve heard of it but Doctor Who TV says there’s “persistent rumours” a new male companion could join Jenna Coleman’s Clara to travel through time and space. They point to Tristan Beint, the actor who played Tom, a coworker of Clara’s, in the anniversary special.
But where are these rumors coming from? So far…twitter? Someone asked the actor, “can we expect anything to come of Tom & Clara with the next series of Doctor Who? Me and a few others are calling it #Tomwald” He replied, “now, now, spoilers… But #tomwald, like it. Pass that on to Mr Moffat…”

There’s a bit more. When another fan linked Beint to a tumblr post surmising there could be a romantic relationship between Tom and Clara, he replied, “love it. Are you sure Tom could ever compete with a Time Lord though..? Oho… Keep watching and #dontbuythesun”

Does this mean Tom will be a companion? Not necessarily but it does suggest he could at least make another appearance. It would make sense considering Moffat established Clara in what seems like a permanent position at the school and for them to completely abandon that would be silly. (Hey, remember when Rory was a nurse?)

Again, everything is to be taken strictly as rumors for now. Doctor Who TV didn’t cite any other sources for the ”persistent rumours” but it could be they’ve heard things we haven’t. What do you think about adding a second companion once Peter Capaldi takes the reins? I would be up for it but only if that person wasn’t a romantic interest for Clara.
Source.

What kind of companion would you like to see, ONTD?