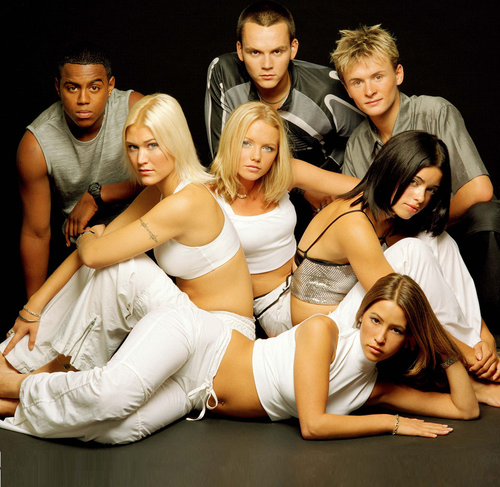 Rachel Stevens has said that S Club 7's involvement on The Big Reunion is unlikely.

The pop group have been linked with a spot on the second series of the ITV2 show, which sees bands from the 90's and 00's reforming for a run of gigs.
However, Stevens told BANG Showbiz that S Club 7 would more likely reunite for their own separate TV show.

''It's a great show, but I think for us, there's seven of us ... seven of us getting back together, we're in all in very different places, so [I don't know]," the 35-year-old explained. "But it's a great show; it's that nostalgia that everyone wants to see.'
''I loved The Big Reunion and watched all the shows," Stevens added. "When they did the tour with them all, I felt a bit emotional watching it because I just thought, how brilliant for them to relive it all. They looked like they were having the best time.''
Stevens stated that a potential reunion may take place eventually, but that it won't be ''any time soon'' as she is currently pregnant with her second child.
'I've got baby number two on the way now, so I can't imagine we'll be doing Reach for the Stars any time soon.
''We've been in touch and everyone obviously has such fond memories of the band. If it was for the right thing and a celebration of what we had, I don't see why not at some point.''
Back in May, S Club 7 were rumored to have signed up for a rival show to The Big Reunion.
East 17, A1 and Big Brovaz are among the other groups who have been linked with the show's second series.