Harry Styles Dresses In a Wig Partying With Friends 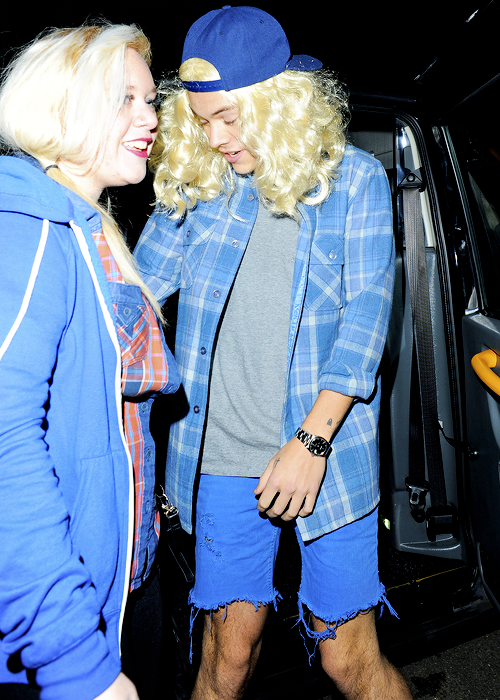 Totally tubular dude! The One Direction singer was out in London on Nov. 30, rocking a hilarious outfit with his good friends, Nick Grimshaw and Gillian Orr. Is this even better than his Miley Cyrus costume?

Another day of hilarious dress-up for Harry Styles. The singer from One Direction appeared to be attending some sort of costume party on Nov. 30, because he was spotted in a ridiculous outfit and a hilarious wig to match his friends, Nick Grimshaw and Gillian Orr.

The trio was decked out — wearing dingy flannel shirts, jean short shorts, high tube socks, goofy vintage hats and of course, lush blond wigs.
In the silly get-ups, Harry, Nick and Gillian piled into a taxi cab to head to Graucho Club, an upscale, private members London hot spot. All three were laughing constantly and appeared to really be having a good time with their matching costumes.
We don’t exactly know why Harry and his friends were dressed up like Blake from Workaholics, but we don’t really care. This picture is gold even without a sensible reason. 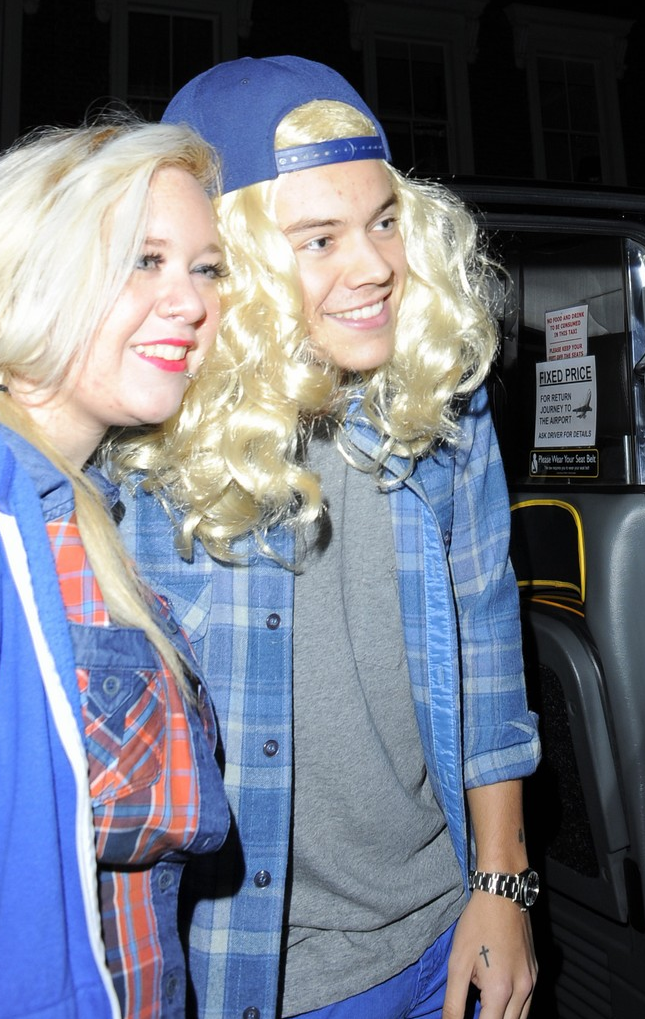 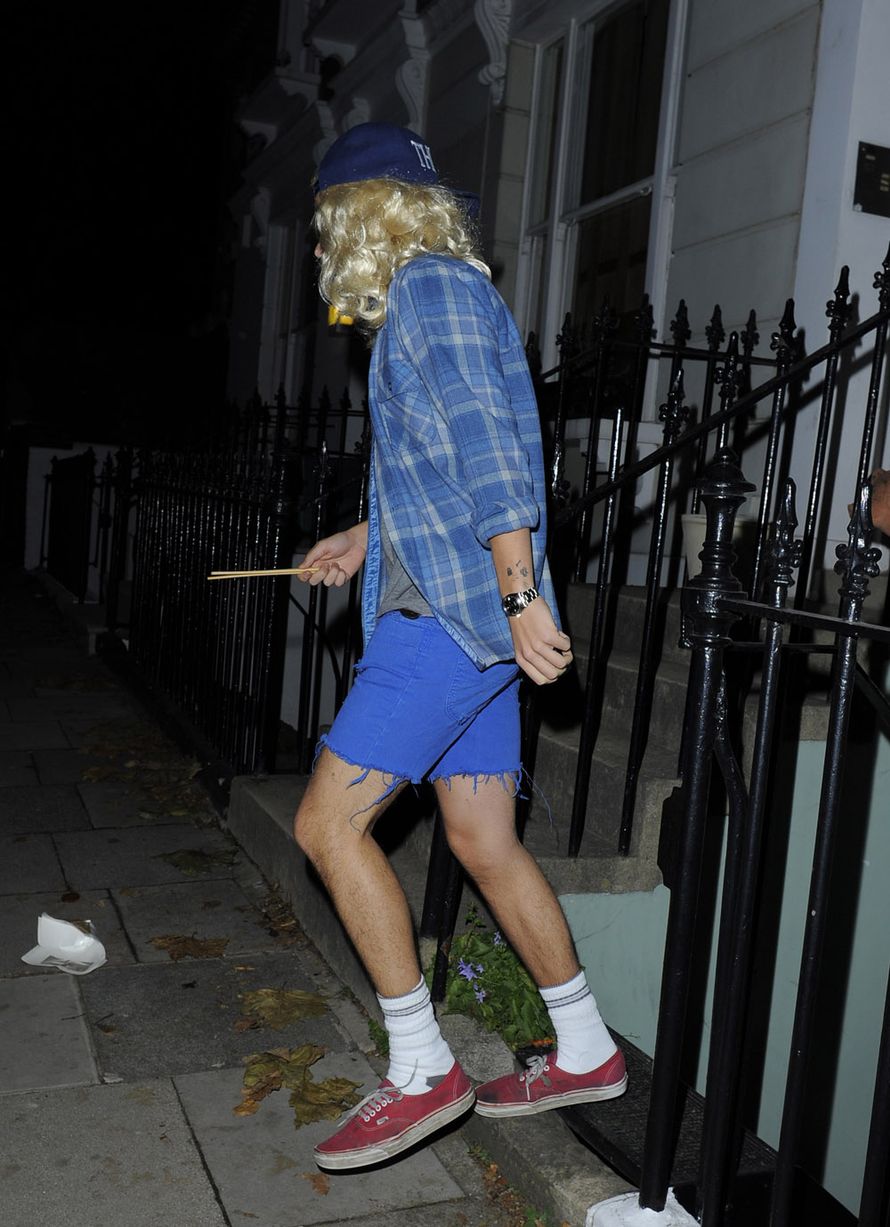 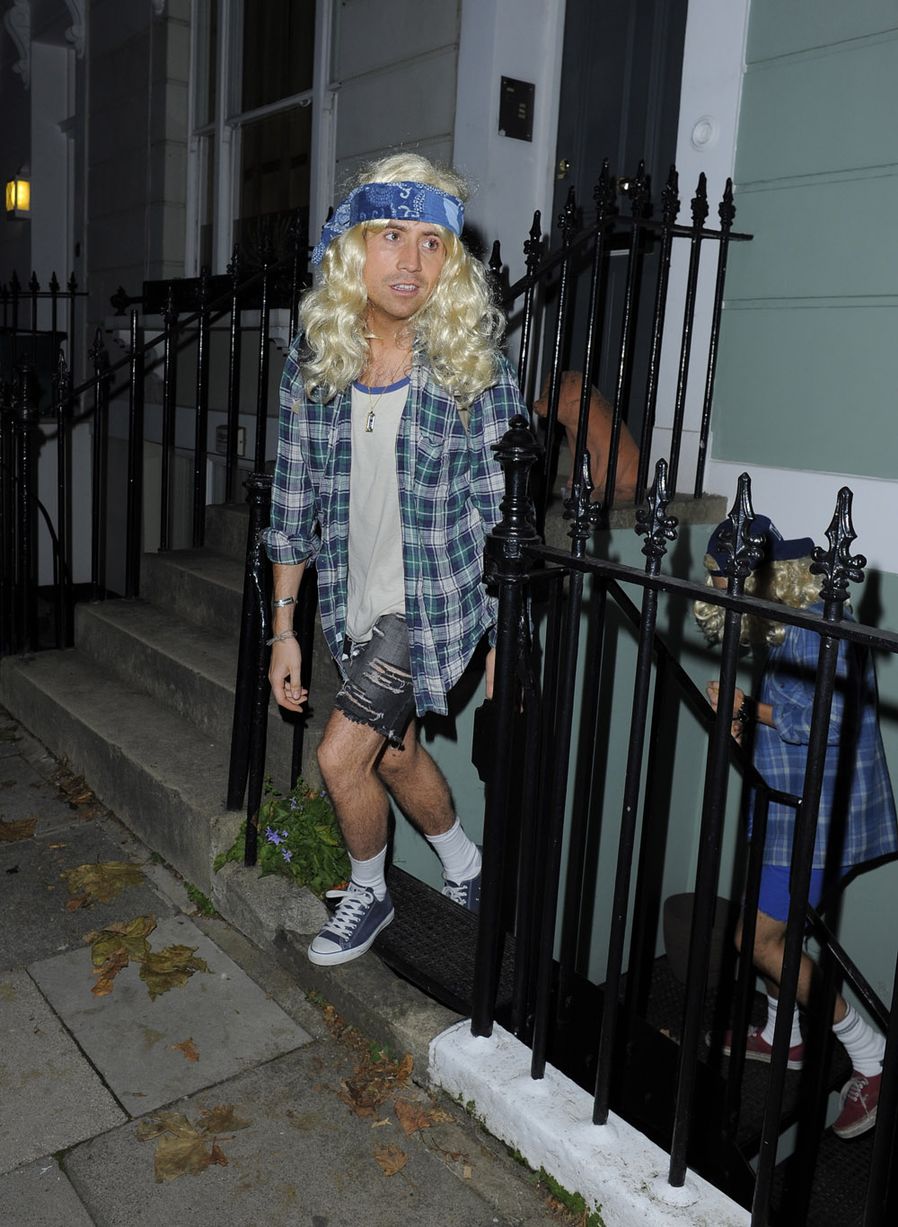 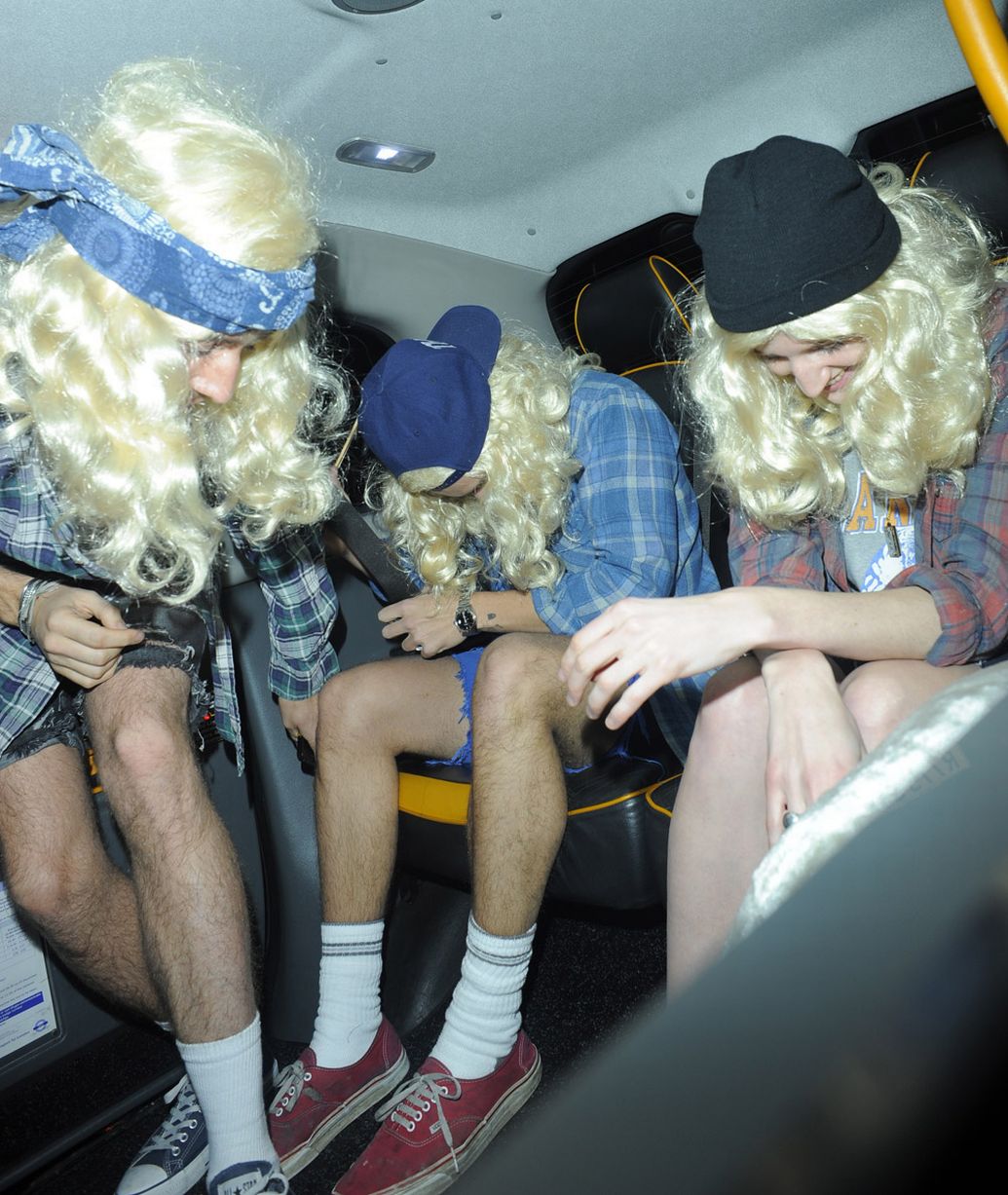 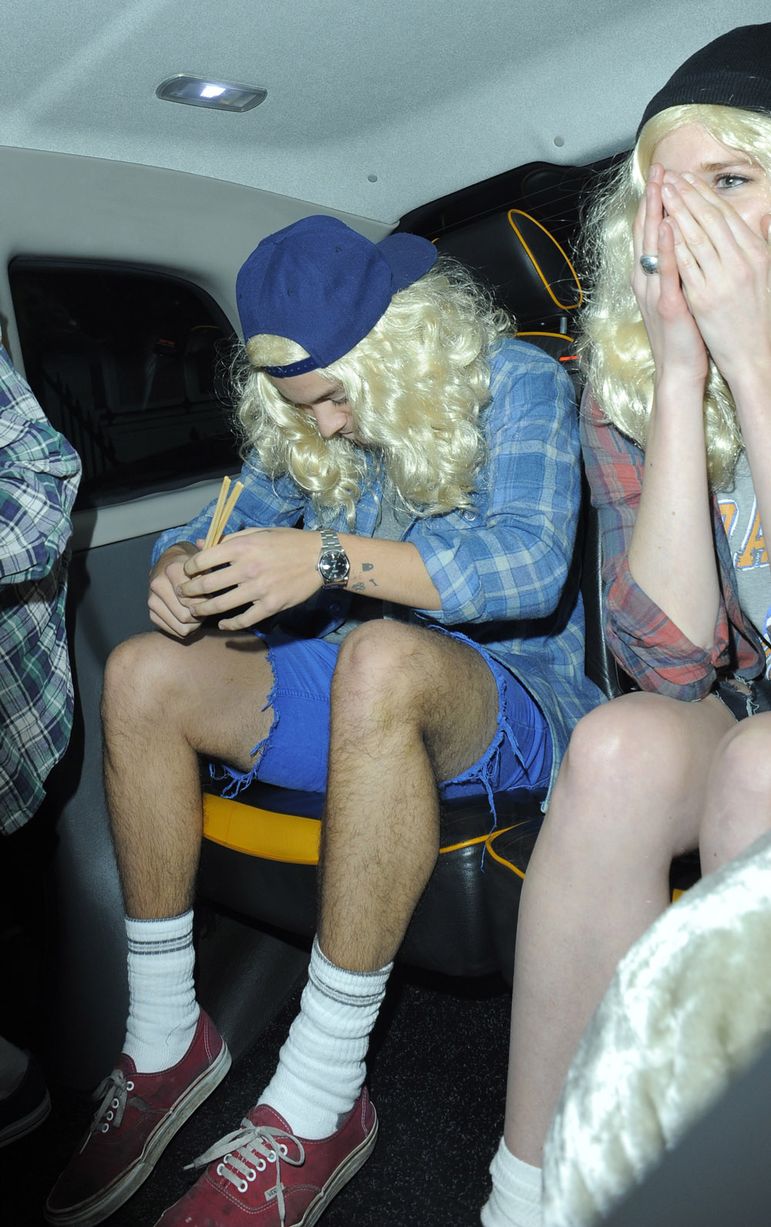