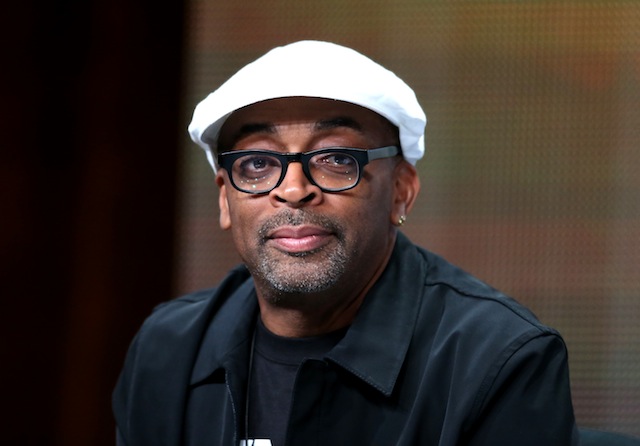 Spike Lee is firing back at designer Juan Luis Garcia, who claims an ad agency used his concept designs for Oldboy posters and promotional materials without permission.

Garcia wrote an open letter appealing to the director for help. In the letter, Garcia said he worked exclusively for almost two months on the project, and when the ad agency gave him an extremely low offer for his work, he declined. According to Garcia, the agency used his work anyway, and did not pay him for it. He said the agency threatened to take legal action against him when he complained.

Lee responded to the letter on Twitter Thursday, tweeting "I Never Heard Of This Guy Juan Luis Garcia,If He Has A Beef It's Not With Me.I Did Not Hire Him,Do Not Know Him.Cheap Trick Writing To Me.YO."

Several people commented on Lee's Instagram page, asking the director to help Garcia. When one man wrote "Dude pay the graphic artist," Lee responded: "Why Should I Pay Someone Who I Never Met Nor Had Any Contact With Ever? He Never Made Any Deal With Me.Why Don't You Pay Me For Your Stupid Text On Thanksgiving Day?"

Earlier, in his open letter, Garcia said he wanted to contact Lee after seeing the director had used the Oldboy promotional materials in question in his social media feeds.

"I couldn’t believe that you had been using and claiming copyright on three of those very same posters I designed," Garcia wrote. "I just couldn’t believe it. I perceive you as an advocate of the arts and artists and have a sinking feeling that you are as much of a victim in this as I am."

In an email to The Hollywood Reporter Wednesday, Garcia said he hoped Lee could help him resolve the situation with the ad agency without taking any legal action. He said he wasn't naming the ad agency because Lee knew "exactly who" he was talking about.

Oldboy is bombing at the box office, and may not reach $2 million during its five-day holiday debut.

I Never Heard Of This Guy Juan Luis Garcia,If He Has A Beef It's Not With Me.I Did Not Hire Him,Do Not Know Him.Cheap Trick Writing To Me.YO